Home
Movies
11 Most Unsettling Movie Scenes for This Halloween
Movies

11 Most Unsettling Movie Scenes for This Halloween 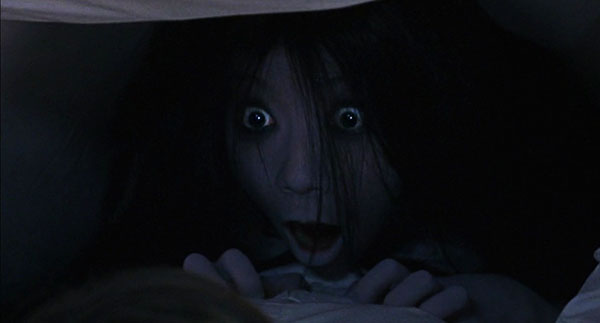 Around Halloween, I’m always checking the listings to see what specials are going to be on. Perhaps something that Netflix can’t recommend me, or a classic I haven’t seen in awhile. With that in mind, it got me thinking of scenes which, for one reason or other, got under my skin. Maybe a great jump scare, or some horrific visuals, or perfectly ramped up tension. Let’s check out a few of the most unsettling movie scenes below.

This list may not be in any particular order, but the nurse is first as it was the first scene that came to mind. Probably because I was so young when I first watched it, on my own, in the dark. Some scenes are just really effective when you’re able to lose yourself in them. We watch as a nurse goes back and forth, investigating strange noises, in a hospital we know has a murdered on the loose. No cuts, and no camera movement, make for some tense moments.

Staring is just creepy. Combine that with pointing and screeching and you have a winner. Donald Sutherland, acting all normal at the end of Invasion of the Body Snatchers. Is he one of them?

So realistic it had the director hauled into court to prove it wasn’t snuff, the famous girl on a spike scene was the culmination of shots involving rape and torture, footage filmed by the film crew in the movie to show how inhuman the locals were. Only, it was all set up. Who were the real animals?

Irreversible – The Tunnel & The Fire Extinguisher

Not for the faint of heart, Gaspar Noe’s Irreversible

is relentless and really and truly does get under the skin. The two most controversial scenes are the underground rape scene, and a scene involving a fire extinguisher and someone’s face. Both shots are unforgivingly long, and horrendous.

Argento’s masterpiece includes this great tension-packed scene. The girl is running through the kaleidoscopic corridors to escape a murderer, soundtracked by Goblin, only to find one small window and sudden silence. You know something’s going to happen, but she makes it to the window. Everything’s fine. There’s the way out. Oh, wait…

This one can’t really get under the skin, what with the flaying and all, but maybe it goes deeper. Transcendentally deep. The girl has been tortured and beaten and flayed, so that she may attain enlightenment and share her secrets. Not for the faint of heart.

BAM! Did that make you jump? Hardly. Watch this scene though without jumping. What makes it work so well is the nonchalance of the conversation, and that it’s completely unexpected.

The combination of gleeful happiness at the misfortune of someone else can always make for an unsettling watch, no more so than the sacrifice at the end of The Wicker Man

. Add some dancing and singing, and Edward’s screams, and you get a desperate ending to a desperate search for truth.

The Grudge – Under the Sheets

First time round, I remember watching the original The Grudge

in the cinema, I think on my own. Before we had all become accustomed to the throaty croakings of the lank-haired, bendy-limbed, girl, she had a way of making your skin crawl. No less so then in this scene. You’re nice and safe, under the covers, right?

Starts off innocently enough, doesn’t it? Just stopping off for some gas. But isn’t that the way with life and death situations? The scene is a masterclass of escalation, with each sentence leading to a deeper and deeper hole, getting darker and darker, until…

The Shining – Gimme the Bat

has a few tension filled scenes I could have included in this list; the twins, Jack’s stare, fellating little piggies, to name but three, but “Gimme the bat” is my favourite. By this point, Jack has totally lost control. Oh, and Jack Torrance too. Nicholson knows how to play insane.