10 Years Later, the Wii U is Nintendo’s Most Interesting Misstep

Wii would like U to be nice about this poor bullied console. 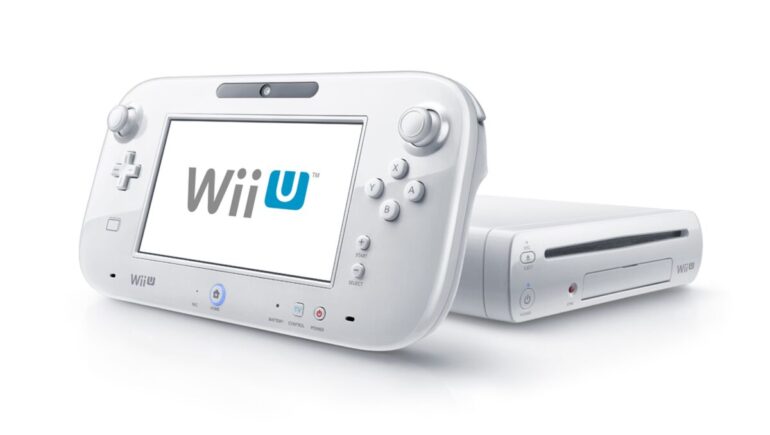 Six years after the Nintendo Wii made enough coin to make Mario blush and introduced the world to the waggly world of motion controls, Nintendo was in an interesting position. In developing their next console, Nintendo’s prospects seemed both challenging and impossible to mess up. On one hand, with so much mainstream success from the Wii, surely it wouldn’t be hard to court such a wide array of customers with whatever they cooked up next. On the other hand, what brilliant idea could they ever cook up to recapture the lightning in a bottle of the Wii?

The Wii U wasn’t the most successful Nintendo console by any means, but it’s by no means a total failure. There are some fascinating ideas at play in the console, some which foreshadowed the Nintendo Switch, and some which reflect what lessons Nintendo did and didn’t learn from the Wii’s success. On the Wii U’s tenth anniversary, let’s light a few candles for the beleaguered console and see what its legacy might be.

Following the success the Wii had with casual gamers, Nintendo wanted their next console to have a higher appeal to core gamers, according to then-CEO Satoru Iwata in 2011. The Gamepad, extensive virtual console, and improved online performance felt like concrete steps on Nintendo’s part to escape the public image of the Wii being played by senior citizens, virtual bowling in retirement homes.

One problem that plagued the Wii U was its ambiguous connection to the Wii. The console’s name doesn’t necessarily make it clear to a layman that it’s a follow-up to the Wii, and not just an add-on, like a Wii-Plus or Wii-Deluxe. Additionally, while the Wii U’s use of Wii remote controllers and its various peripherals might have been convenient for consumers who don’t want to toss their old controllers, it likewise meant that the Wii U felt like a small step forward, an iteration on the Wii, but not its own distinct console.

That’s not to say that there weren’t any useful new progress made in the Wii U’s new features. The Miiverse social media platform was a wild and wacky internet wonderland, and the Wii U’s integration of video apps like Netflix (where the gamepad could be used as a remote so that the TV screen itself was un-cluttered by UI) were stellar.

The Wii U’s biggest distinction, its Gamepad with a built-in secondary screen, felt like a way to repurpose the split-screen design of the DS and 3DS portable consoles for a home console instead.  How effectively different titles integrated the use of the Gamepad was inconsistent. For some games, it was unintrusive, just a means of playing the game in a portable mode. For others, like Star Fox Zero, the Gamepad became an unwieldy and awkward interface.

While the Wii U initially sold well, the wheels started to fall off the hype machine relatively quickly. Nintendo dropped its price in 2013, the year after the Wii U launched. That same year, EA announced its plan to pivot away from developing games for the console, with Ubisoft and Bethesda making similar statements that year. Third party developers tended to cite hardware limitations as the reason for why they wouldn’t develop games for the Wii U, though Ubisoft also called out low console sales. These factors led to the Wii U, and Nintendo by extension, feeling a bit like a small suburb to the side of the vast metropolis of AAA gaming. The neighborhood is still nice, and has its own charm, but it isn’t the big happening city where everyone else is hanging out.

What stings for Wii U fans about the console’s lack of success is the number of high-quality titles it had. Mario Kart 8, Donkey Kong Country: Tropical Freeze, the fourth Super Smash Bros. game (given the on-the-nose title Super Smash Bros. for Wii U), Splatoon, Xenoblade Chronicles X, and Super Mario Maker, among others, were all top-tier titles in their own right, tragically unable to reach a wider audience at the time.

Thankfully, 2017 heralded the arrival of the Nintendo Switch, which brought Nintendo’s market power back to the top of the mountain and the house of Mario back into a wider array of players’ hands. The Switch also presented a lifeline for most of the Wii U’s best games (maybe someday, Xenoblade Chronicles X and The Wind Waker HD), with Mario Kart 8 still the only Mario Kart title on the Switch.

In retrospect, the Wii U felt like a transitional console, something necessary to move from the Wii to the Switch, and while being the middle of the bridge might be a thankless job, the Wii U’s unique quirks (RIP Miiverse) make it an endearing, intriguing stumble in Nintendo’s history. Whatever Nintendo’s follow-up to the Switch ends up being, it will be interesting to see if they make another great leap, or a half-step forward like the Wii U.