Home
Movies
10 Best Movies of 1977 You Should Watch
Movies 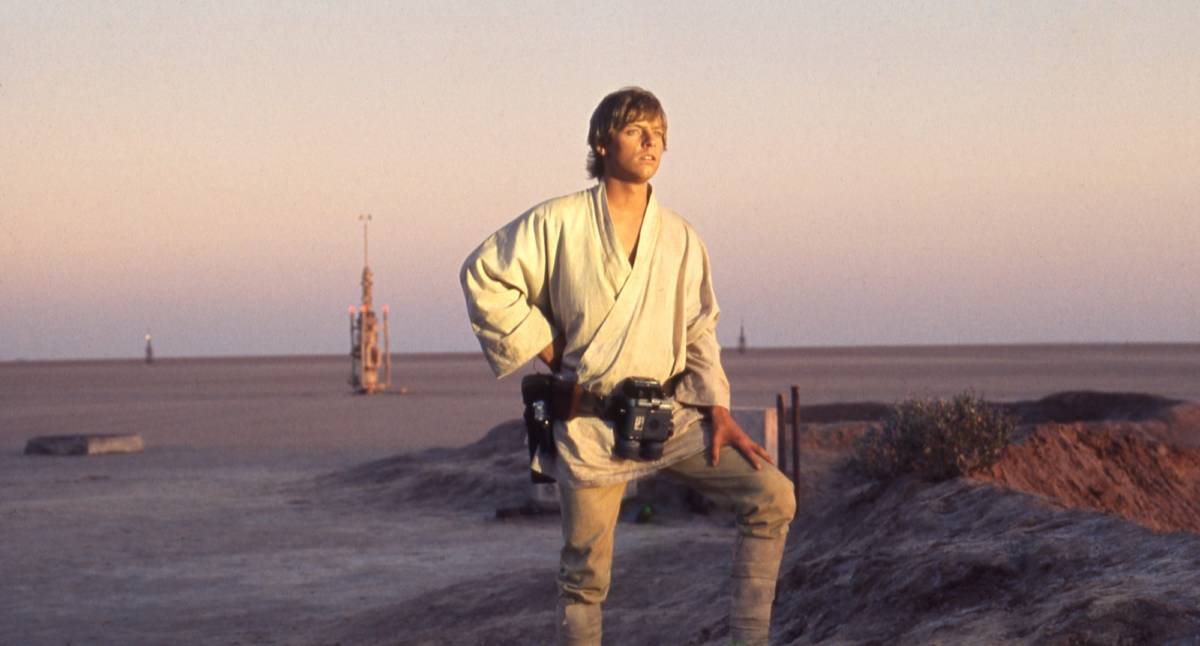 How could I possibly sum up 1977? The Bee Gees were “Stayin’ Alive”, but Elvis Presley died, Jamie Sommers was fighting “Fembots in Las Vegas” and Steve Austin found Bigfoot again, but nothing was as incredible as The Incredible Hulk. You may also recall Captain Caveman and the Teen Angels or The All-New Super Friends Hour as part of your Saturday mornings.

New York City was affected by a massive blackout, fueling people’s panic of looters and the “Son of Sam” murderer. Through all the darkness, there were glass mirror balls, nifty energy swords and scorching UFO lights illuminating theaters, guiding audiences to pure escapism and, yes, giving us a new hope — wink, wink. These are the best movies of 1977.

1. Close Encounters of the Third Kind

Fresh off the success of Jaws, Steven Spielberg’s next project was Close Encounters of the Third Kind, which stars Richard Dreyfuss, Melidna Dillon and Teri Garr. Roy’s just your average working class guy who, against all odds, sights a UFO and decides to pursue the truth behind it.

Three versions of the movie exist: the original theatrical version, the special edition and the director’s cut — the latter of which being the longest. Decent directing, solid acting and a memorable score by John Williams makes this a terrific film.

Paul Newman stars as Reggie Dunlop — a coach and player for the Charleston Chiefs — in the hilarious sports movie, Slap Shot. It takes place in a small factory town that’s incrementally becoming more difficult to work or thrive in.

3. Smokey and the Bandit

Burt Reynolds and Sally Field had an undeniable onscreen chemistry in Smokey and the Bandit. Jerry Reed, who performed the theme, filled the supporting role of “Snowman”, while Jackie Gleason comically portrays the angry sheriff pursuing Bo with his son, Junior, played by Mike Henry.

Since its release, there’s been a couple sequels and, arguably, the original 1979 television series The Dukes of Hazzard was inspired by it. Smokey and the Bandit is a fun watch, filled with enjoyable performances. Even if you’re not into the whole country aspect of it, it’s still good.

Yet another Burt Reynolds film, Semi-Tough is a zany, energetic comedy with Kris Kristofferson and Jill Clayburgh in supporting roles.

What Semi-Tough aims to do is satirically take on self-improvement and Werner Erhard seminar trainings, which were fairly popular in the 1970s. It’s not so much a football/sports movie as it is a parody of then modern events, with the lead characters just happening to be football players. Semi-Tough is entertaining and worth a watch.

Saturday Night Fever is about more than just dancing: it’s very much a drama of youths rebelling and striving desperately to find their place in the world. John Travolta stars as Tony Manero: a regular at some local discotheque where he happens to be one of the best dancers.

The soundtrack is still hugely successful and undoubtedly helped push disco into new, popular territory — the Bee Gees, too. Two versions of the movie exist: one R-rated, one PG-rated. You wouldn’t think so otherwise, but Saturday Night Fever is actually pretty entertaining.

George Segal stars as Harry Calder, a safety inspector who thinks it’s strange that there’s been a string of “accidents” at a few amusement parks, all of which are similar in nature.

Overlooked and underrated, Rollercoaster should be noted for its performances, subtle tension building and the peculiarity of this taking place at a public area where most of its inhabits are totally unaware of an impending incident. Steve Guttenberg, Craig Wasson and Helen Hunt can be spotted in early roles.

The Gauntlet is about a careless, alcoholic officer (played by Clint Eastwood) who’s given the tedious routine assignment of escorting a seemingly paranoid witness out of the state. The witness, Augustina, is played by Sondra Locke who worked with Clint in a total of 6 films.

The Gauntlet doesn’t exactly work to break any kind of new ground, but it’s thrilling and well acted, and one of Eastwood more interesting films of the decade.

8. The Many Adventures of Winnie the Pooh

Who doesn’t remember The Many Adventures of Winnie the Pooh? It’s one of Disney’s most charming animated features and should absolutely be shown to children of future generations. It is three separate stories that are narratively strung together in simple, albeit amusing fashion.

Chances are Pooh bear and his friends hold a soft spot in your heart — one your inner child can’t imagine life without. That said, maybe go back and watch it and see if it’s just as awesome as you remember it. As a soon-to-be uncle, I’ll surely be adding this to my collection.

9. The Hills Have Eyes

Gritty, nasty, brutal and utterly disturbing. The Hills Have Eyes is hard to watch and not just because of the lower-than-low budget quality, either. I wasn’t sure I’d include this film on the list, because of how different it is. However, Wes Craven’s brilliance should not go unnoticed.

Despite its quality, The Hills Have Eyes is a truly effectual piece of cinematic history that leaves you in an indescribable mood. It’s decently acted and, strangely, some of the set pieces might make you feel as though you’re actually there, suffering alongside the family.

What more could be said about A New Hope? It’s a compelling beginning to a remarkable and stunning trilogy. George Lucas’s script is admirably creative and John Williams’s score fantastically accentuates the characters and their adventure as it unfolds. Mark Hamill, Carrie Fisher and Harrison Ford lead a fine cast of character actors — each of whom are memorable.

If you’re still hoping 20th Century Fox and Disney make an agreement to release A New Hope (and the rest of the original trilogy, for that matter) as it was originally, know this: you aren’t alone.

The year 1977 has left us with so many entertaining pop culture moments, so it’s hard to list all of them. Star Wars aside, which film sounds most appealing to you?