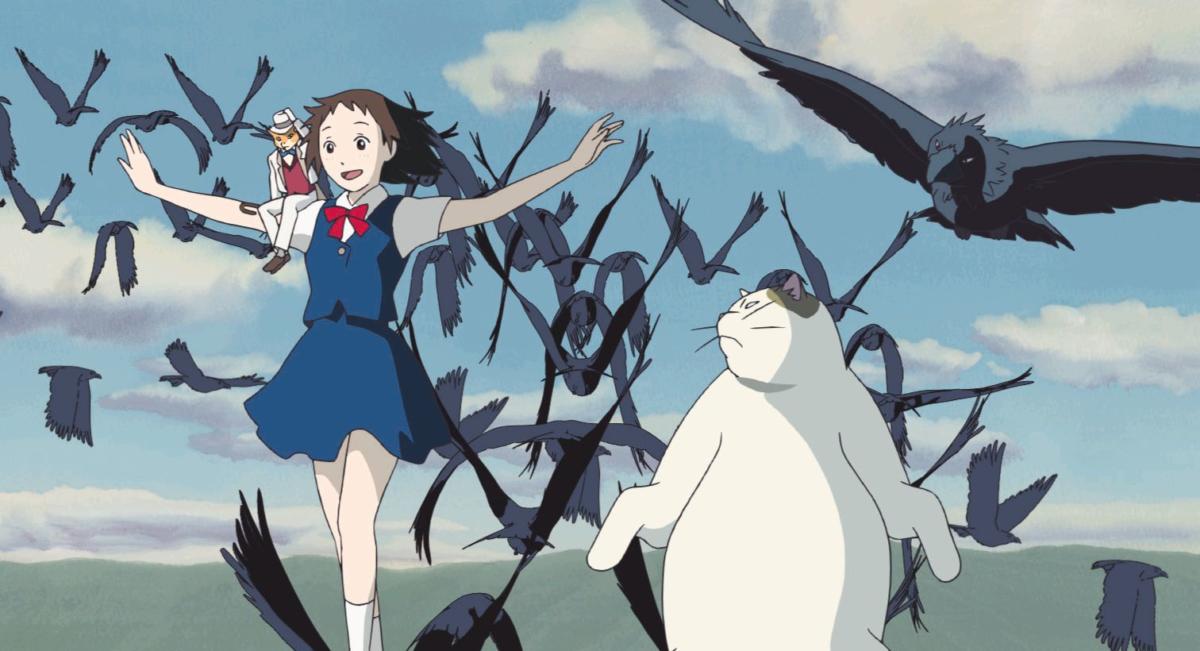 Ghibli is a detail-oriented animation studio. From each individual hand drawn frame to the sweeping scores and numerous scenes dedicated simply to world-building, they have proven themselves to be the masters of mesmerizing animation. Characters like the iconic Totoro and San from Princess Mononoke have gained a level of fame that transcends the source material, but I personally feel that some of the lesser known characters are the ones that best establish the expansive worlds Ghibli is known for. So in no particular order, here are the ten best minor Studio Ghibli characters.

A character who wins many laughs despite having no lines whatsoever, Hin is a squat little doggy who ends up joining Sophie and her makeshift family in the titular castle. Ghibli aren’t necessarily known for their comedy, but the strange plodding way that Hin moves and his Eeyore-like drowsiness both show a good understanding of what makes solid visual comedy. He also stands in hilarious contrast to characters like the tall, dark and flamboyant Howl and the glamourous Witch of the Waste, his eccentric look further emphasised by his elaborate surroundings. At a screening I attended recently, Hin received the most audible audience reactions, and it’s easy to see why.

A similar shape to the iconic Totoro – though certainly less immediately endearing – the Radish Spirit proves a strangely intimidating presence at the start of Spirited Away. Upon first entering the bathhouse in an effort to find employment there, protagonist Chihiro finds herself jammed in a lift with the silent spirit, anxious and unaware of its motives or feelings towards humans. His character may not be particularly expanded upon later, but his bizarre design (even amongst the other creatures) evokes both awe and fear, summarising the tone of much of the movie.

3. Muta – Whisper of the Heart and The Cat Returns

Though less of a minor character in his second film outing, the fat, grouchy cat Muta makes a more subtle mark in his debut appearance. Protagonist Shizuku finds herself following him from the train up to the hill where he lives, and in doing so demonstrates the Ghibli flair for displaying the wonder of the everyday. You feel as curious as Shizuku, wanting to know where the chubby brown cat will take her, and getting caught up in an ordinary moment that becomes extraordinary.

There may be lots of them, but together Ponyo’s sisters make an impactful and integral whole, as well as a stunning visual device. Each looking like a smaller version of the lead, they assist Ponyo in her quest to become human, transforming into huge fish and crashing waves to help her find Sosuke and live on land. Their admiration for their older sibling is adorable, and their constant shifting presence in the film definitely cements them as one of Ghibli’s most memorable minor characters. 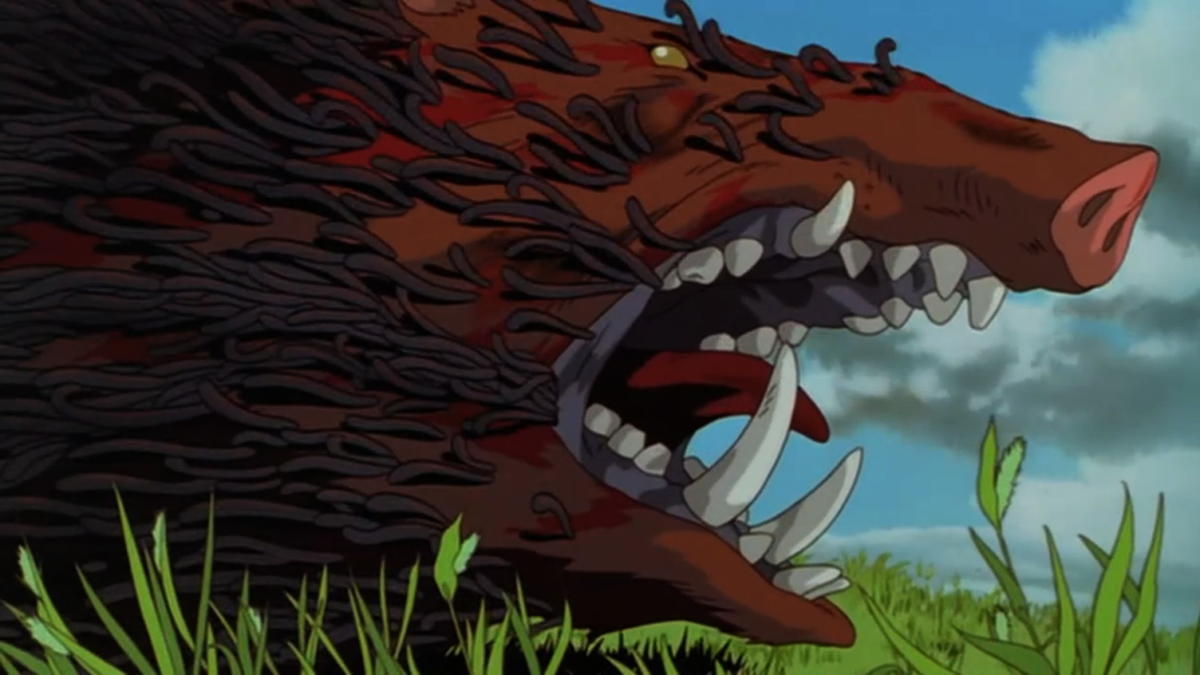 Despite appearing for less than five minutes in the opening of the film, Nago kickstarts the events of Princess Mononoke and symbolises the central conceit of the film – nature’s dominion and human interest coming into violent conflict. His death and subsequent decomposition is one of the most harrowing images in the history of Studio Ghibli, and effectively introduces the high stakes and brutality that will be on display – there’s no Totoro to help you here.

6. Soot Sprites – My Neighbor Totoro and Spirited Away

Like Muta, they may be in multiple films, but their brief amount of time on screen qualifies the tiny spirits for this list in my eyes. The soot sprites hold a similar role in both My Neighbor Totoro and Spirited Away: that of blurring the edge between reality and fantasy. The former may already show a few glimpses of the bathhouse prior to Chihiro meeting the spirits, but in Totoro they are the first supernatural beings that Mei and Satsuke have witnessed, and their childlike wonder definitely carries over to the viewer. Both movies start off with familiar enough settings – a house, a car – but once these creatures start to emerge from the cracks, you know you’re in for far more than what you’ve been shown so far. 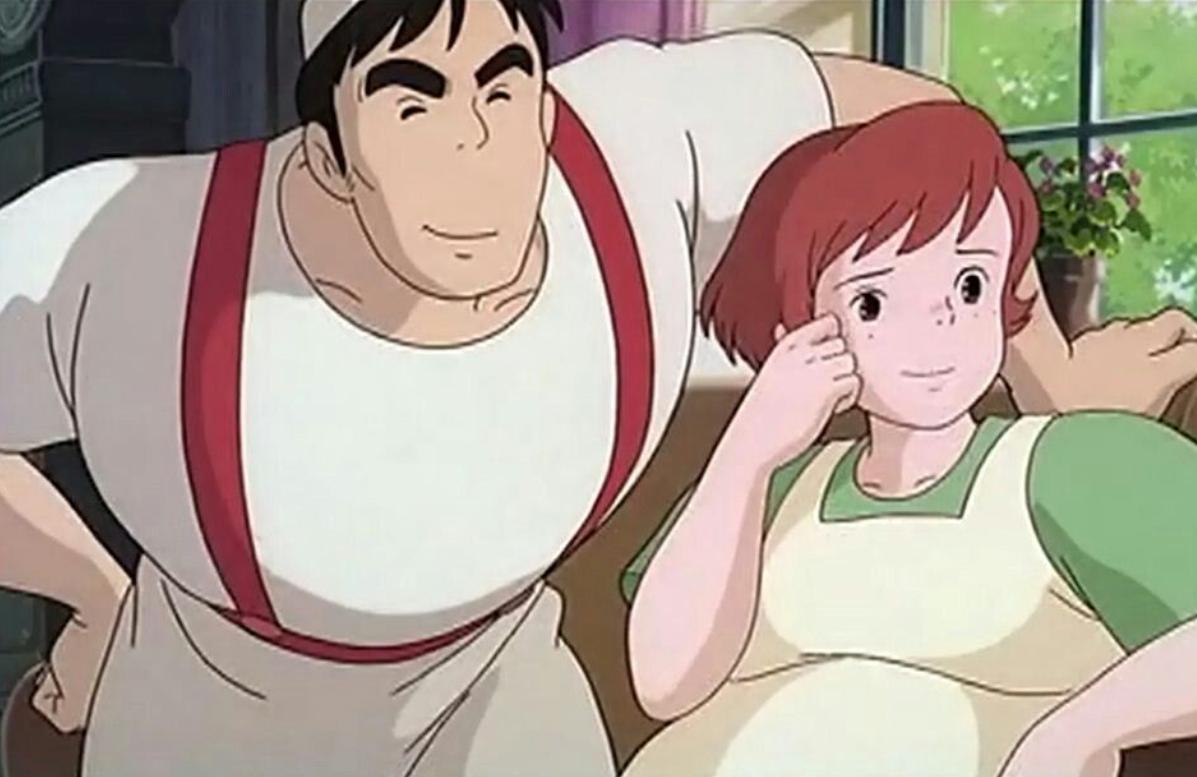 The strong and silent husband of baker Osono who takes Kiki in, Fukuo is a quietly sweet presence in Kiki’s Delivery Service. A typical masculine ideal, he flexes his muscles, carries huge trays of food through the bakery, and even shows off his strength to an onlooking cat. But he can also be noticed in the background of some scenes looking out for Kiki alongside Osono, and even waiting nervously for her to return home safely after deliveries. In Fukuo’s last appearance in the movie, he is shown cradling his newborn son in his huge arms; a fitting image for this gentle giant.

8. Biker – My Neighbors The Yamadas

A lesser known character from a lesser known Ghibli film, the biker from My Neighbors the Yamadas is one of the few outside the titular family to receive any impactful screen time. When first introduced, he is a menacing figure, drawn in a realist style that contrasts with the lighthearted visuals in the rest of the movie. But as the oldest Yamada wears down his tough exterior and convinces him to travel the rest of his life on a better path, he becomes visually softer around the edges, and director Isao Takahata turns the movie’s most tense moment into perhaps its most moving.

Perhaps the briefest and least consequential characters on this entire list (which is saying something), the old Piccolo women from Porco Rosso that assist in building the lead character’s new plane showcase Hayao Miyazaki’s ongoing affection for elderly women. Initially skeptical of the all female crew, the stunning work of Fio Piccolo wins him over, alongside the determination and enthusiasm of these insistent old ladies. Ghibli have never been ones for simplistic or stereotypical characters, and these women are certainly more than meets the eye.

Miyazaki may be known for his great works of fantasy, but Hans Castorp in his supposedly final film The Wind Rises is a grounding dose of historical reality. A German anti-fascist, he appears as a guest of the hotel Jiro is staying in and befriends him, encouraging his burgeoning romance with Naoko. But as well as pushing forward the romance plot, he provides an acknowledgement of Japan’s involvement with the Nazis in World War II, and provides a greater level of complexity to Jiro as a protagonist; the beautiful planes he designs will be used for a despicable purpose with devastating consequences.

I hope this list inspires you to pay closer attention to other minor characters from all kinds of movies, and helps you to appreciate the minutiae that makes Ghibli so fantastic.