Unoriginal, but a laugh nonetheless. 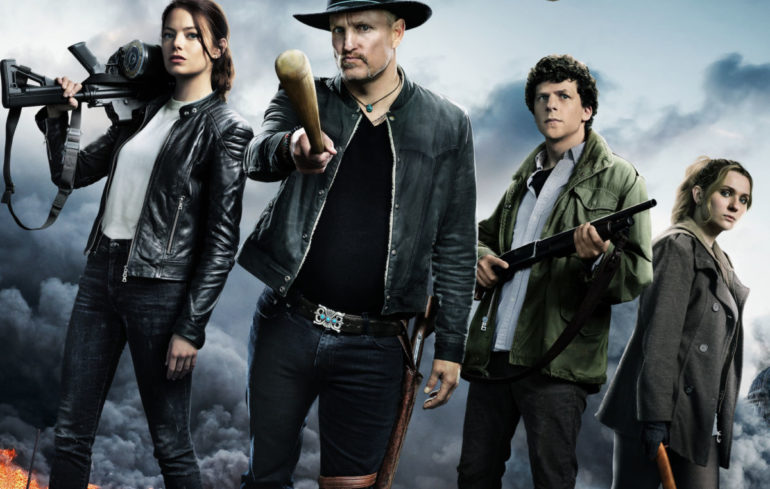 Ten years later, welcome back to Zombieland, the desolate and decaying post-apocalyptic America ravaged far out of recognition. Thrown back into the carnage, this comedic horror is eager to acquaint itself with those who haven’t seen its farcical forerunner, and excitedly reunite with die-hard Z-Land fans that have been impatiently awaiting their sequel. Warm and endearing, much like welcoming back an old friend, Double Tap picks up where the precursor left off.

For those who haven’t seen the first Zombieland, the fast-talking and overly-cautious Columbus (Jesse Eisenberg) more-than-eagerly catches us up to speed, categorizing zombies and introducing us to his band of zombie-butchering buddies: the rough-and-tumble Tallahassee (Woody Harrelson), the no-nonsense, stark Wichita (Emma Stone), and Little Rock (Abigail Brenson) who seeks for what more is out there for her, dying to branch out on her own- and which she does.

The sequel introduces domestic life for Columbus and his crew, and the return of familiar faces is a celebrated one, but fresh ones quickly stand out. Zoey Deutch plays up the blonde bimbo boilerplate as Madison, one of the apocalypse survivalists that could fit well into Mean Girls, and drives Wichita and Columbus further apart. Their relationship is the only turning point in the film that can support itself as other knicks in the narrative give way to unexplained answers or illogical solutions. The story itself is as anencephalus as the undead antagonists.

Director Ruben Fleischer, most known for his work in Venom, upholds his rowdy, bombastically bloody style in the most obnoxiously enjoyable fashion. Flushed with guts and gore, Zombieland: Double Tap brims on scarcity when it comes to plot-points, shoehorning in as much graphic, vivid violence as it can. Vertiginous camerawork can easily be compared to cinematography used in The Kingsman franchise, and the film reuses the method as its own. Sorry, MARV Films.

Double Tap can’t seem to make up for the absence of quality with originality, picking and choosing from previous works of fiction to formulate what it’s looking for. In conjunction with Deadpool writer Rhett Reese, there’s a striking influence from both the merc with a mouth and a certain symbiotic Spider-Man villain.

Double Tap is double-packed with timely references and an abundance of fourth-wall breaks. The permission allowed for a movie to become so self-aware creates a personal interaction. Let it be Eisenberg commenting on the quality of The Walking Dead comics, a breed of zombies endearingly named “T-800s,” or plenty of Elvis Presley to go around, the pop-culture appeal is ample. The biggest loss was any Evil Dead tosses.

This being said, the nod to popular media may be the highest point of the film. It cannot carry its own weight without the crutch of using references, which is heavily relied upon to keep things running smoothly. Concepts of continuity are lost in translation and side plots are added for the sake of having them. If you’re searching for a profound piece of cinema, search harder. Impulsivity tops intelligence for the second Z-Land, even after a decade in the making. The inadequacy of cogency puts a strain on Double Tap, and the reckless, thoughtless sequel peaks at asinine humor being thrown around.

Besides the fact that there may be little to contribute to cinematic value, Double Tap is all-out fun. Harrelson is unapologetically witty. His callous nature mixed with redneck roots are sure to please. Harrelson’s gruff, battle-ready exterior and spitfire attitude are just what this sequel needs, and there isn’t a split second where he isn’t readily brandishing a shotgun with pride. Spitting out sharp one-liners, he keeps this mindless mess afloat and pairs well with Eisenberg as his trusty right-hand, stringent sharpshooter. It may not be an award-winning performance, but Harrelson is in his element as a protruding hothead.

*There are both mid-credits and post-credits scenes. Just so you know. 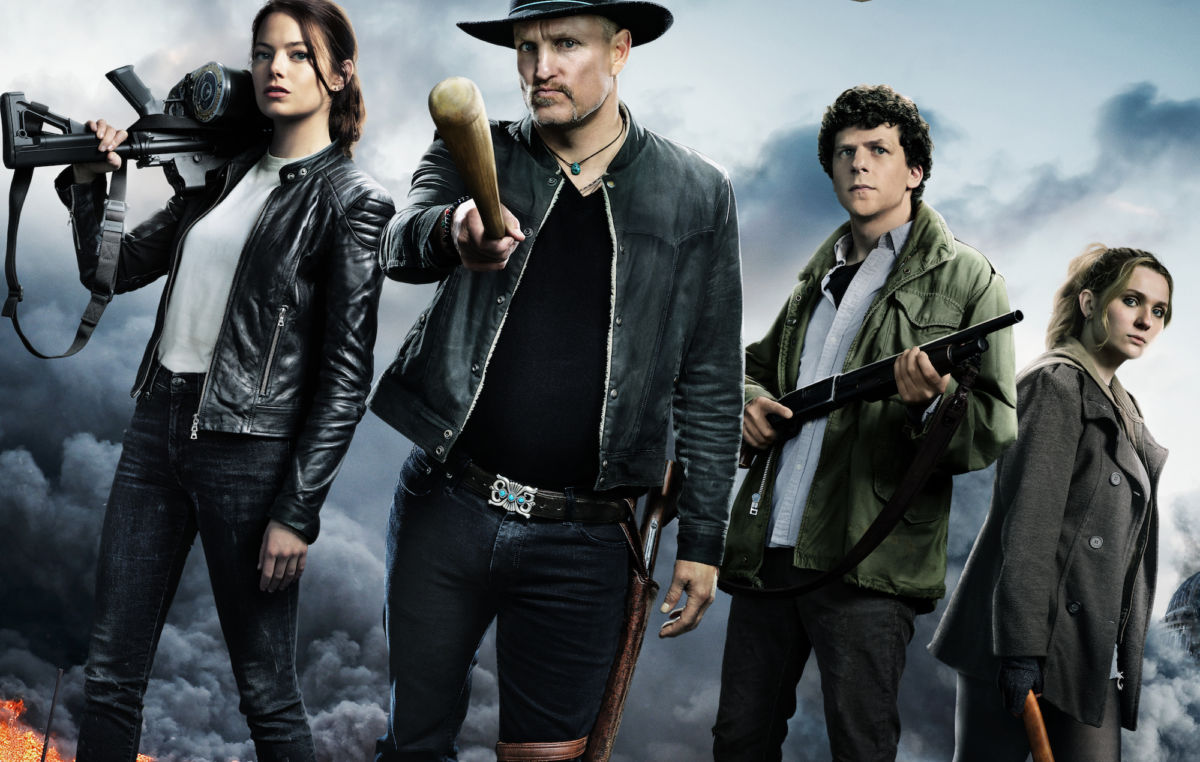 Verdict
Yes, it may be a gruesomely good, senselessly stupid laugh that is perfect for the person who lives each day like it's Halloween, but Zombieland: Double Tap taps out with a half-baked conclusion.
5
Cultured Vultures is a pop culture website established in 2013 covering all things gaming, movies, and more. We eat your words.
All The News On The Biggest Games