WWE Announce The Undertaker For Hall Of Fame 2022 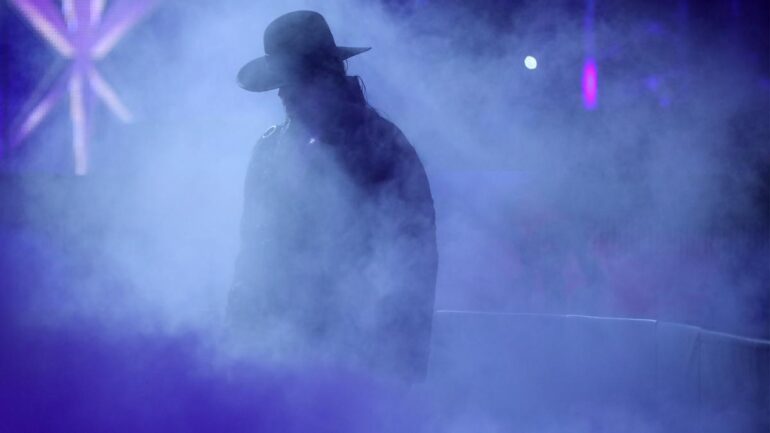 WWE have announced their first inductee to this year’s Hall of Fame class and it is none other than the legendary Undertaker. It was confirmed via WWE’s social media accounts that ‘The Deadman’ would headline the 2022 event which is set to take place over WrestleMania weekend. I’m sure there isn’t a single wrestling fan alive today that would argue with Undertaker’s inclusion as part of wrestling’s most iconic Hall of Fame.

The Undertaker has been a huge part of WWE history, spanning across generations of fans and winning countless championships. Undertaker debuted for the company as part of the 1990 Survivor Series event, instantly becoming a major attraction, going on to compete against the likes of Hulk Hogan, Ultimate Warrior and Bret Hart. Undertaker would eventually go on to become a leading figure of the Attitude Era, leading the charge against WCW and performing at several WrestleMania events.

Undertaker would become best known for his legendary WrestleMania undefeated streak, an annual tradition where ‘Taker would compete against WWE’s best and brightest stars in an attempt to keep his string of victories alive. The Streak would eventually come to an end at the hands of Brock Lesnar at WrestleMania 30. Despite this, Undertaker continued to be a regular feature at WrestleMania, bringing an air of veteranship and awe to his appearances against Roman Reigns, John Cena and his last in-ring appearance against AJ Styles.

Undertaker would formally retire at the same event he debuted at, Survivor Series 2020 in the midst of the global pandemic. Of course, a Hall of Fame induction had to follow suit, but perhaps a mere speech isn’t enough for ‘Taker, who after his more-than-impressive tenure probably deserves his own wing.

A huge congratulations to Mark Callaway, the man behind the legend.