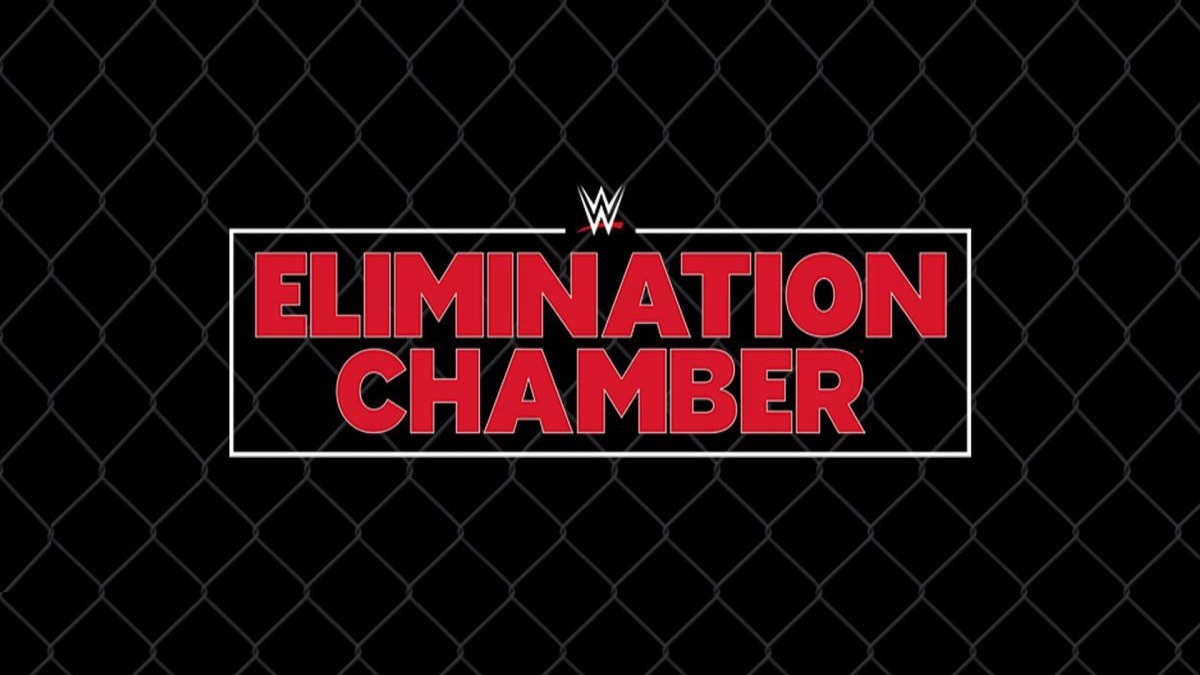 Elimination Chamber 2022, the first instalment of WWE’s Saudi pay-per-views in 2022, is here. In the final pit-stop before WrestleMania 38, the WWE roster will venture across the globe to settle scores and determine who will be stepping up to the plate at the Grandest Stage of them All.

The Elimination Chamber events are usually pretty stacked heading into ‘Mania, pitting champions against some of the hottest competition on their respective rosters. This year is no different, as the two confirmed Chamber matches will see the WWE Champion defending his title and a challenger to be selected for the RAW Women’s Champion. Meanwhile, the Universal Champion will compete in a match that has been in the making since WrestleMania two years ago.

Here is the full line-up and match card for Elimination Chamber 2022. 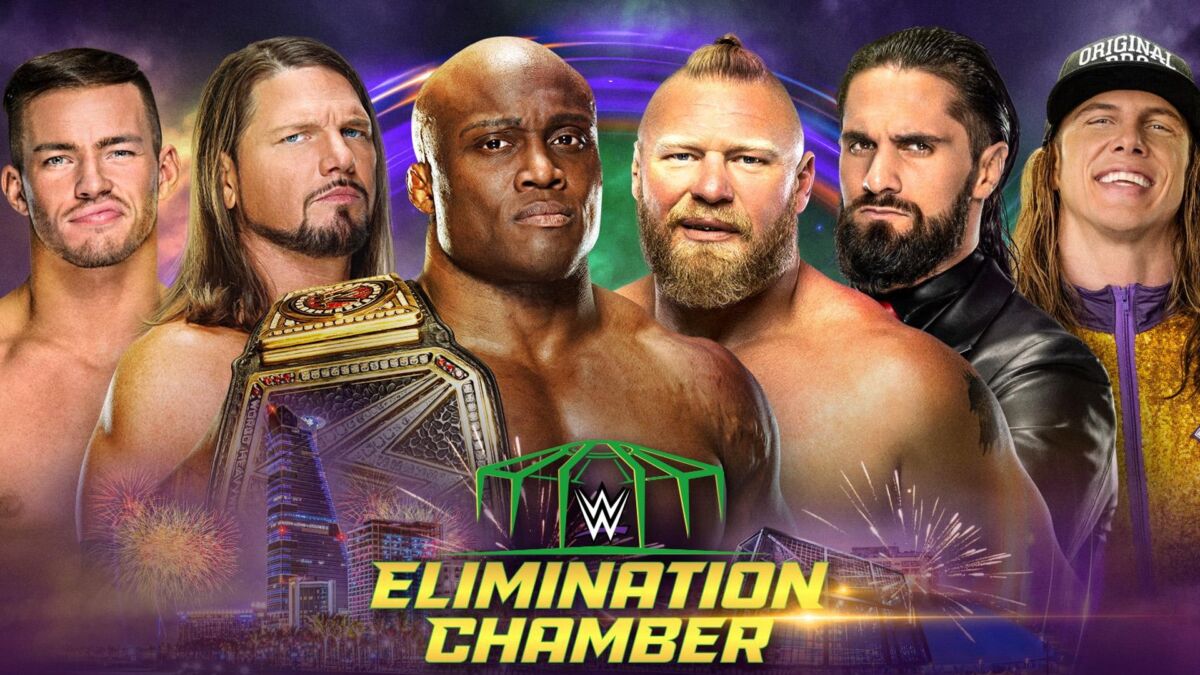 As per tradition, the major championship of Monday Night RAW will be on the line as part of the headlining Elimination Chamber match. Six of RAW’s very best will compete for the WWE title, currently held by the ‘All Mighty’ Bobby Lashley, after defeating Brock Lesnar at the Royal Rumble event.

The big story heading into this match is whether or not Lesnar will retain the title from Lashley in Saudi Arabia. It’s likely that a dual-title match will be main-eventing one of the two nights of WrestleMania this year, with Lesnar set to collide with Roman Reigns in their third ‘Mania encounter. Depending on WWE’s plans for Lashley, this could suggest that Brock is a cert to reign supreme in the Chamber this weekend.

However, there is also ample reason to believe that either Rollins or Riddle may walk away with the surprise victory in the Chamber, or at least with enough reason to then challenge Bobby at WrestleMania.

This should definitely be the match to watch in Jeddah this Saturday.

A WrestleMania-worthy bout between ‘The Man’ Becky Lynch and the Hall of Famer, Lita, is set for Elimination Chamber. A surprising inclusion for this year’s first Saudi event, Becky and Lita are set to produce one of the most anticipated women’s wrestling matches of all time. This is a huge opportunity for Lita to put herself back on the map, with enough left in the tank to create one last banger.

Becky Lynch has no clear direction heading into WrestleMania this year, however with the subsequent Women’s Elimination Chamber match also set to take place on the show, this could suggest that she’s a shoe-in to compete for the title on WWE’s biggest show of the year.

This is a fantastic inclusion for the typically star-studded Saudi showcase, but chances are this is simply a cameo appearance from the legendary Lita.

Following on from the disappointing outcome of WrestleMania 36, Roman Reigns vs Goldberg is finally set to go down at Elimination Chamber 2022. A match that has the gravitas to be featured on a big show such as this, but will likely be a short affair with a plethora of spears.

Roman Reigns was originally destined to topple the former two-time Universal champ at WrestleMania, so you’d be a fool to think that the result will be any different in Saudi Arabia. However, I’ve been wrong before.

Regardless, expect there to be a big fight feel surrounding these two generational icons. If this is Goldberg’s final WWE appearance, then what a superstar to go out against.

The second Elimination Chamber match of the night will determine which wrestler will challenge the RAW Women’s champion at WrestleMania, whoever that may be after the Lynch/Lita match. Following the impressive performance of ‘The Nightmare’ Rhea Ripley on RAW this past Monday, it’s a fair assumption to think that she may be on her way to another WrestleMania title match this year. There’s also the potential for ‘The EST’ to return to the Grandest Stage to hopefully score back a win over ‘The Man’ after the controversial affair at SummerSlam.

There’s also Liv Morgan, someone that has become a big part of the RAW Women’s roster over the last few months. Although her performances in previous Chamber matches has been pretty one-sided, more specifically when she was dominated by Shayna Baszler in her last Chamber appearance, this could be her year going in as the perennial underdog this year.

There’s a lot of room for surprise in this match, especially with Alexa Bliss now being confirmed to appear in Jeddah this weekend. This could be the better of the two Chamber matches on the card, watch this space. 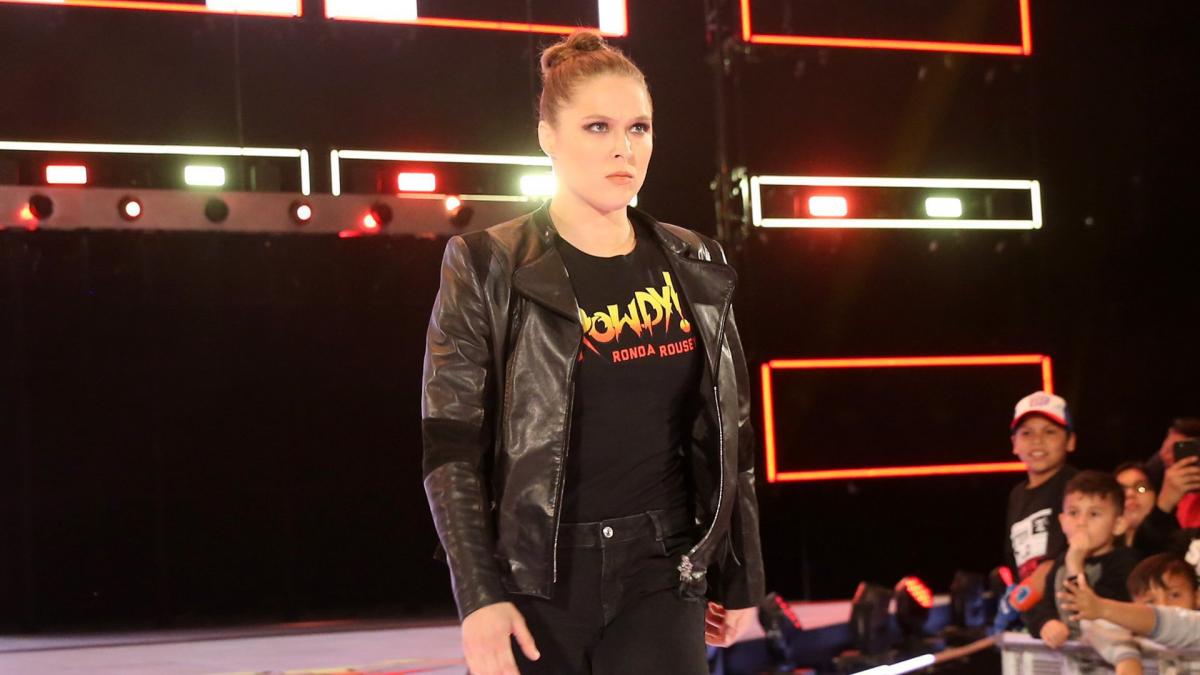 Ronda Rousey is back and is set to compete for the SmackDown Women’s Championship at WrestleMania 38. In the meantime, Naomi has been in a budding feud with both the current title-holder, Flair, and the SmackDown GM, Sonya Deville, this is a perfect chance for Rousey to be subbed in for a big-time tag match.

This is a huge opportunity for Naomi and Deville, who have yet to be featured in a blockbuster attraction match. Whether you’re a fan of the Saudi shows or not, this could be a future underrated gem. I’d say the team of Rousey and Naomi are in store for a massive victory heading into ‘Mania season, with Rousey being handed the momentum for her next title victory.

The Usos vs The Viking Raiders – SmackDown Tag Team Championship

A dream match for fans of Tag wrestling, the first major encounter between The Usos and The Viking Raiders with the SmackDown Tag titles on the line. This should be a fantastic example of when two teams mesh perfectly in terms of style and stature. It’s been a long while since the former War Machine/Raiders competed at a high standard, and fans of NXT and NJPW know they have a lot of potential to steal shows. Pitting them against the Usos will not only provide them with the opportunity to win back fans but also to score a main-roster career highlight.

Will the Bloodline brothers walk away with the titles that are seemingly glued to their waists? Most likely. Will there be any plans for them beyond Elimination Chamber? Less likely. I just hope we see a fun match between the two teams, for the sake of a good wrestling match.

‘The Scottish Psychopath’ has returned to complete his feud against the duo of Happy Corbin and Madcap Moss. Honestly, we couldn’t give you the full background of this story, as it’s the most ‘WWE TV’ feud imaginable. McIntyre run roughshod over Corbin and Moss as part of the Royal Rumble match, presumably setting up a match between McIntyre and Corbin at ‘Mania this year.

In the meantime, Drew has to fulfil the warm-up against Madcap Moss, someone that has the credentials to put together a fun match, but has yet to really achieve anything worthy of making him a worthy inclusion on a Saudi show.

With the Falls Count Anywhere stipulation added to this grudge match, this should at least make it an interesting match to watch, if only to watch McIntyre slaughter Moss from pillar to post.

Rey Mysterio vs The Miz

A feud from way-back-when, Rey Mysterio and The Miz will renew hostilities at Elimination Chamber. With The Miz coming off of a major feud against Edge and Mysterio riding a wave of marketing momentum from his involvement with WWE 2K22, this should make for a fun match. Miz has been hammering home with personal remarks about Rey’s son Dominik, potentially setting up for a WrestleMania encounter between he and Dom, or even a father-son rivalry to commence.

Either way, expect some traditional babyface-heel dynamics, and an easy win for Mysterio in front of an appreciative audience.