Including a massive line-up for DLC! 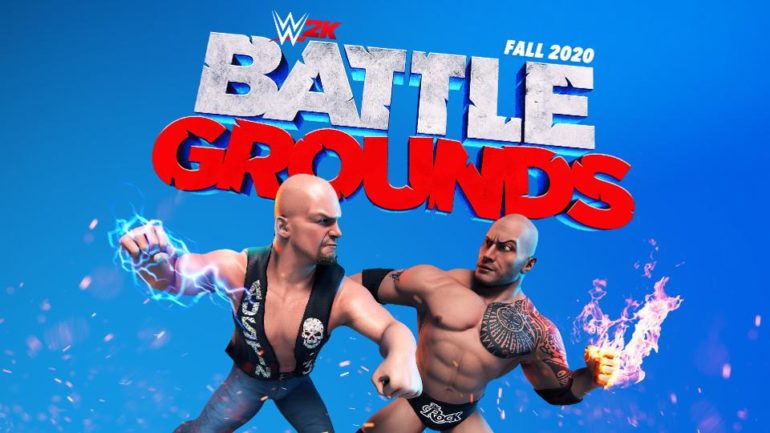 As first revealed by IGN, the WWE 2K Battlegrounds roster has officially been released in its entirety.

The comprehensive list runs down not only the base game’s line-up, but also the post-launch DLC that will be completely free for players as the year unfolds. The base roster boasts over 70 of WWE’s top superstars and legends, more than enough to keep gamers coming back for more of the chaotic, explosive action that comes from the fresh, arcadey style of brawling at the core of 2K Battlegrounds.

Below is the complete roster list for WWE 2K Battlegrounds. 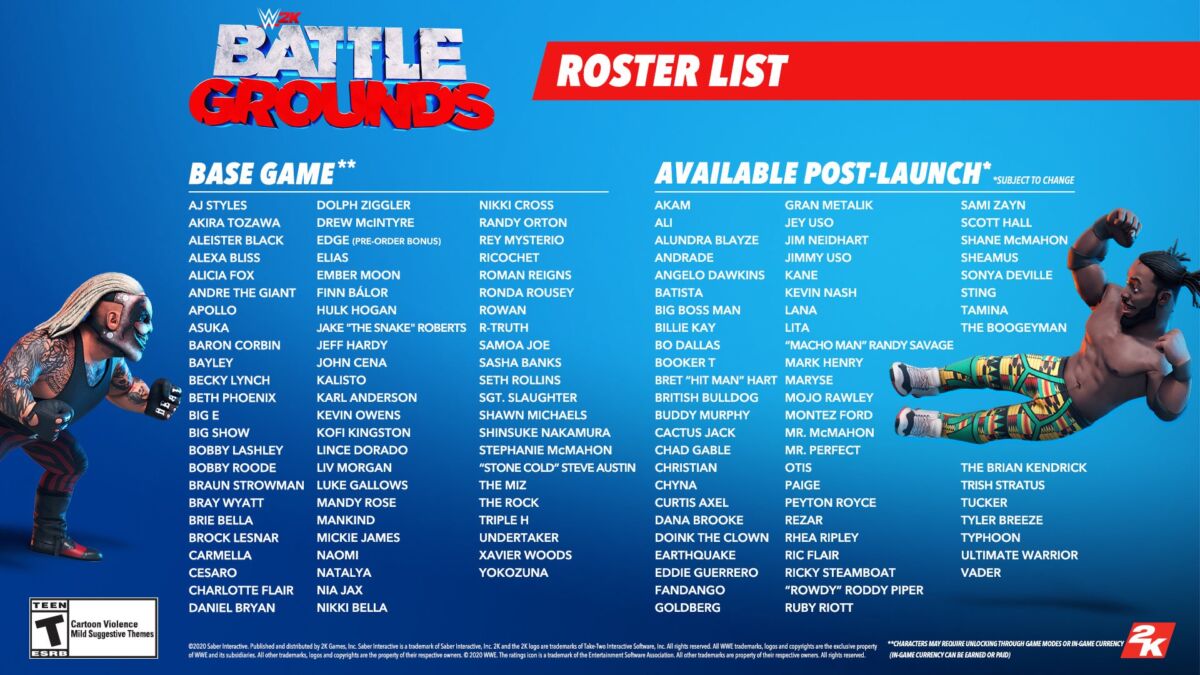 A huge line-up for WWE’s newest title for sure, covering all corners of WWE lore and even including a few faces that have been missing from WWE games for years now, namely: The Boogeyman and Doink the Clown. It’s not much of a shock to see 2K import the line-up from their annual WWE games, but it’s a shame that not a lot was done to secure the likeness rights to some of their more recent signings.

Wrestling fans were in uproar over the lack of fresh stars included in 2K20’s DLC, you’d have thought they would have tried to rectify that by putting the likes of WALTER, KUSHIDA and other NXT stars in the mix for 2KBG. Here’s hoping that the roster is a bit more unique and fun to play as in 2K Battlegrounds, so we’re kept happy until 2K21 drops next year.

This reveal comes a few days after WWE’s resident advocate, Paul Heyman, revealed the game’s new, explosive game modes which will allow your created wrestlers to rise through the ranks of WWE’s newest brand, which takes the superstars outside of the traditional squared circle and across a variety of fantasy-based battlegrounds. Players will also get to compete in crazy new match types including the King of the Battleground match, where you will be pitted against the entire roster in a single match to prove your might and supremacy.

Which WWE superstars will you be picking up first in 2K Battlegrounds? Will you be sticking around for the DLC? Let us know in the comments below.