Why The Bouncer Is One Of My Fondest Gaming Memories

You remember The Bouncer? I sure as hell do. 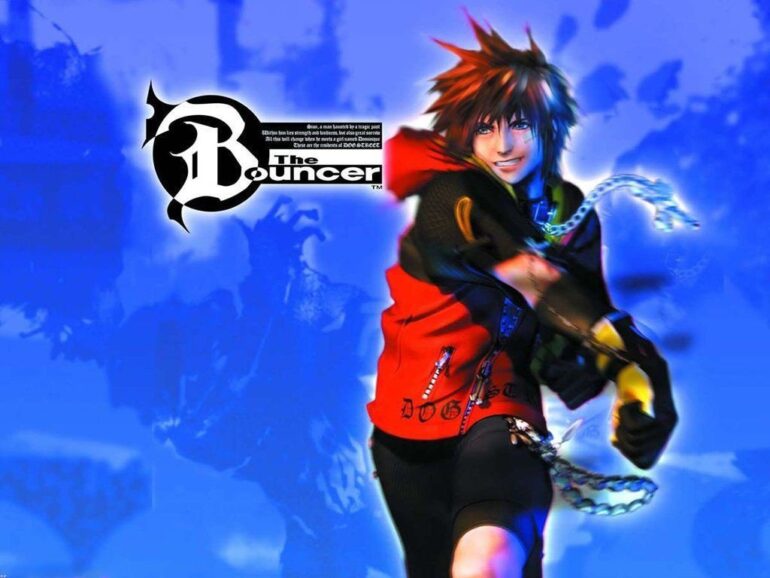 It’s perhaps one of my more toxic traits that I’ll probably do anything that someone dares me to do. One of my biggest motivators in life is spite, specifically the desire to tell people that I’m not what they think I am, and all a dare is is someone saying “you don’t have it in you to do that”. Bitch, I’ll show you, even if it’s to my own detriment.

I guess I need to work on things with myself, but I digress. There is a point here.

It became apparent over the last few days that I was barrelling headlong towards my 2000th post on Cultured Vultures since writing here from February 2017. Sure, the first six months were reduced to a post a week at best, but still. 2000 posts in three and a half years is a pretty good achievement, if you ask me.

Between me and Jimmy, discussion quickly turned to how I should honour this milestone, to which the head honcho replied with the idea of writing about The Bouncer, “for the brand”. That brand has been cultivated over the years within CV in internal group chats and tweets about Square Enix’s old-school beat ‘em up. Any chance to bring up The Bouncer with a bit of a wink and a nod, basically.

“Is that a dare?” I asked. “Yeah, it’s a dare,” Jimmy responded, before offering the rather brilliant headline idea of “Why The Bouncer Fucking Rips And You Can Rip My Chode If You Disagree”. Personally, I’d prefer you left my chode where it is, but as far as discussing The Bouncer goes, I don’t need to be dared to do that. I’ll gladly talk about how much I love such a D-Tier beat ‘em up.

As a game, The Bouncer is a brilliant 5/10. Released in 2000 in Japan (2001 in America and Europe) when Square Enix was still Squaresoft, The Bouncer was admittedly a wonderful showcase of the PS2’s graphical capabilities over the PS1. Even now, it doesn’t look terrible, though dated is putting it mildly. There was also a weird blurry filter that made it look like the TV needed cleaning, but still. It looked good for its time.

In terms of gameplay, The Bouncer left a little to be desired, especially when looking back now. It was a 3D beat ‘em up with attack animations that looked like the characters were made of jelly, yet they hit with so much force that characters would ragdoll across the screen at incredible speeds. It’s silly, but it was enough to keep me entertained while playing the story mode as the three main characters: Sion Barzahd, Volt Krueger and Kou Leifoh. Yes, I went through it multiple times to unlock all the alternative story cutscenes.

Honestly, looking back now, The Bouncer was a way better game than The Quiet Man ever could be. Consider this your annual reminder that The Quiet Man exists, but both games are pretty similar in their premise, as they’re story-based 3D beat ‘em ups that require multiple playthroughs to receive the full narrative picture. The only real difference is that one is laughably atrocious and the other is The Bouncer. At the very least, The Bouncer’s final boss looks like a farmer version of Sephiroth.

So why is this game, this absolutely goofy mess of a beat ‘em up, one of my fondest gaming memories? Perhaps it’s childhood nostalgia. Most games tend to seem fun when you’re about 10 years old and there’s ragdoll physics, but The Bouncer represents a more carefree time in my gaming history that I honestly miss.

The PS2 days of gaming, for me at least, were a treasure trove of hidden gems and cheap games. Every Sunday before heading over to my nan’s, the family would go to the local shopping centre to do the weekly shop, and as a matter of routine, we’d stop by GameStation. Rest in peace, you beautiful shop. I miss you every day.

While the latest releases would adorn the shelves, I’d often be more concerned with the “2 for £20” or, if you’re lucky, “4 for £20” pre-owned section, looking for the next hidden gem that would inevitably distract me from revision and homework. It’s how I found games like The Bouncer, God Hand, Freedom Fighters, Shadow of Rome, Urban Chaos: Riot Response, the original Yakuza, Red Dead Revolver and more; all often overlooked bangers from that generation. Granted, I was much too young to be playing most of those games, but it was the early to mid-2000s. Age ratings felt like a suggestion back then.

Remembering The Bouncer evokes those feelings of discovery, trying to use that small bit of pocket money to find those diamonds in the rough. As a kid, my game’s collection felt like a revolving door, often relying on trade-ins once I was finished with these games to purchase more. Money didn’t exactly grow on trees, so being able to trade games back in for other games kept me mostly self-sufficient. No doubt my parents appreciated not having to drop £40 every week on that next new game, but there were still some treats thrown in if I wasn’t a little shit in school or at home.

It’s a memory that’s fading, in all honesty, and it’s not helped by a number of factors. While brick and mortar gaming shops seemed to be running on borrowed time anyway, COVID has made digital gaming and online distribution an even more valuable option than before. I’ll admit, I’m guilty of it too, as I’ve pre-ordered the Xbox Series X through Very.com just because I can’t guarantee shops will be open next month due to *gestures around* all this.

There’s also the Xbox Series S and PS5 All-Digital consoles to consider, which don’t feature a disc drive. It’s the first time that major console manufacturers have offered console options that cater only to digital sales, and while it’s certainly been a long time coming, it saddens me a little to see the gaming industry move this way.

In an age of season and battle passes, microtransactions and pre-order bonus incentives, there are days when I wish I could just be a kid again, walking into that GameStation asking my dad to pick a game up from the top shelf. The Bouncer is a reminder of a simpler time, and it’s one that I’ll cherish greatly as I write my next 1000 posts. I’m expecting Jimmy to dare me to write a retrospective on Beatdown: Fists of Vengeance for my 3000th post.