Home
Gaming
Where Is Joel In The Last Of Us 2?
Gaming
·4 min read

Where Is Joel In The Last Of Us 2? 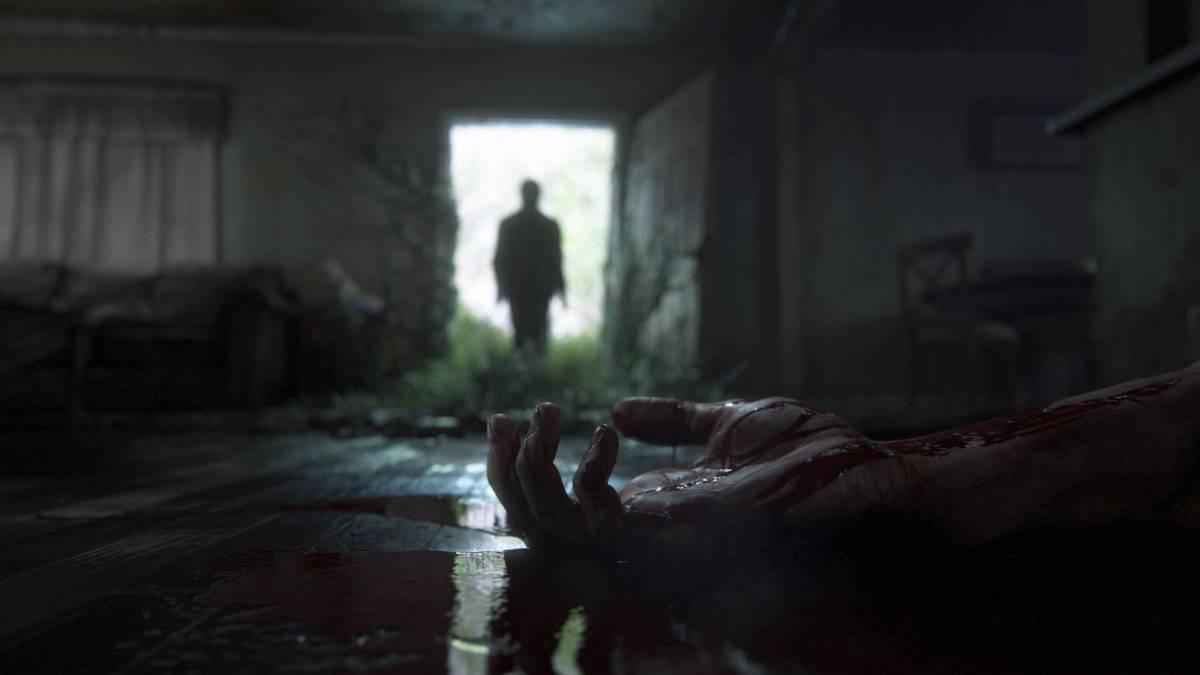 There’s something about The Last of Us 2 I don’t want to admit, a speculation that I just want to keep pushing further into the back of my psyche, lest I start bawling over the passing of a mass murderer. It pains me to say it, but every time Sony showcase more of the game, I become more and more convinced that Joel met his maker before the events of The Last of Us 2, or will at some point.

Of course, this isn’t a new theory at all; rumours have been abounding ever since The Last of Us 2 was debuted at PSX 2016 in iconic fashion with more questions to offer than it did answers. The most recent trailer at E3 2018 did nothing at all to abate worries about Joel’s demise and instead enhanced them with a look at the game almost entirely dedicated to Ellie; the second time since its reveal.

So far, the only glimpse of Joel in The Last of Us 2 we’ve seen is him ethereally walking through a building before approaching Ellie with the line:

“What are you doing, kiddo? You really gonna go through with this?” 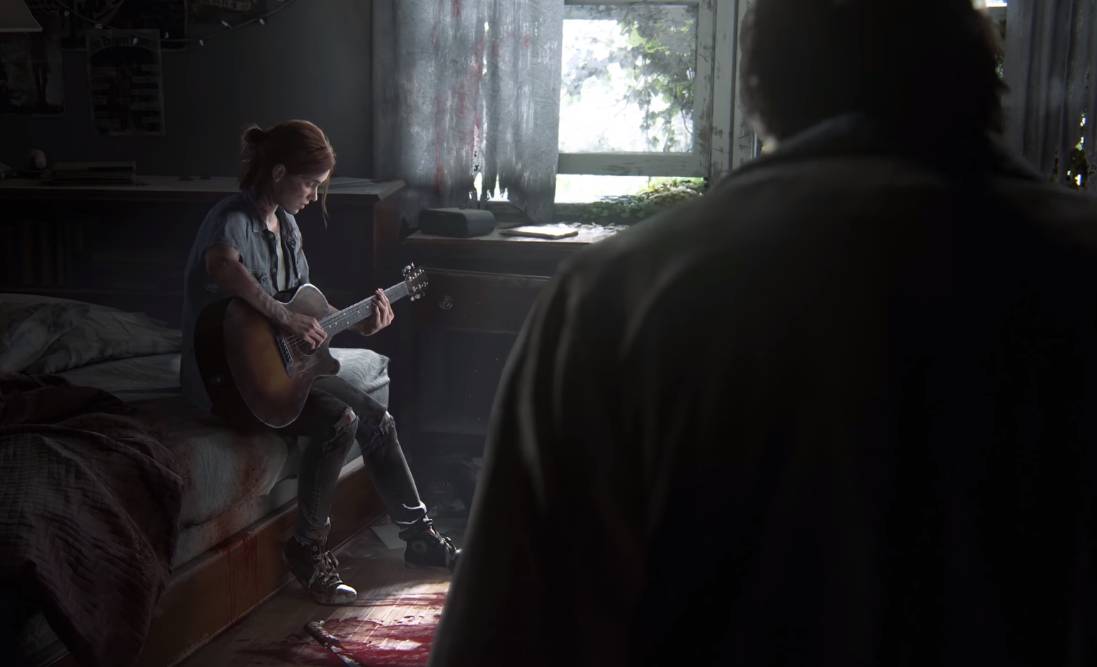 Ellie replies in the affirmative, presumably setting into motion the premise of the game which will be her seeking revenge on those who wronged her. But what did they do to make her so hellbent on revenge? The latest trailer offers a possible answer.

In the E3 2018 showcase, we’re introduced to an obviously too good to be true lovely scene at a dance. Ellie, drinking alone at a bar, is approached by a guy called Jesse. They chit-chat before Jesse references Ellie’s “old man” in regards to a patrol and him being lambasted for something.

“Your old man really laid into me today.”

Ellie questions what happened and then Jesse mentions how her “old man” became more worried in preparation when Ellie was “scheduled to go out”, presumably on a supply run. He’s without a doubt talking about Joel, who sounds like he’s taken a senior role at the camp of survivors, most likely Tommy’s, which is where they retreat to at the end of the first game.

Dina approaches the pair and drags Ellie to the dancefloor. They talk and sway together before they kiss —  Ellie has already been established as gay by the events of Left Behind so don’t worry about it, dark corners of the web. It’s really not that big a deal-breaker.

We then cut forward to Ellie going on a rampage against what appears to be members of the cult established in the PGW 2017 trailer for the game. Using some theoretical thinking, the trailer appears to be a flashback depicting Ellie’s mother, Sarah, under capture by the cult, who clearly have plans for her.

Naughty Dog have clearly built these trailers to be picked apart, and this one is packed with small details worth digging into. Of interest the most is the cult leader paying special attention to Sarah’s stomach, presumably because they know that the baby inside, Ellie, is unique. As established in the first game, Ellie is immune to the infection. 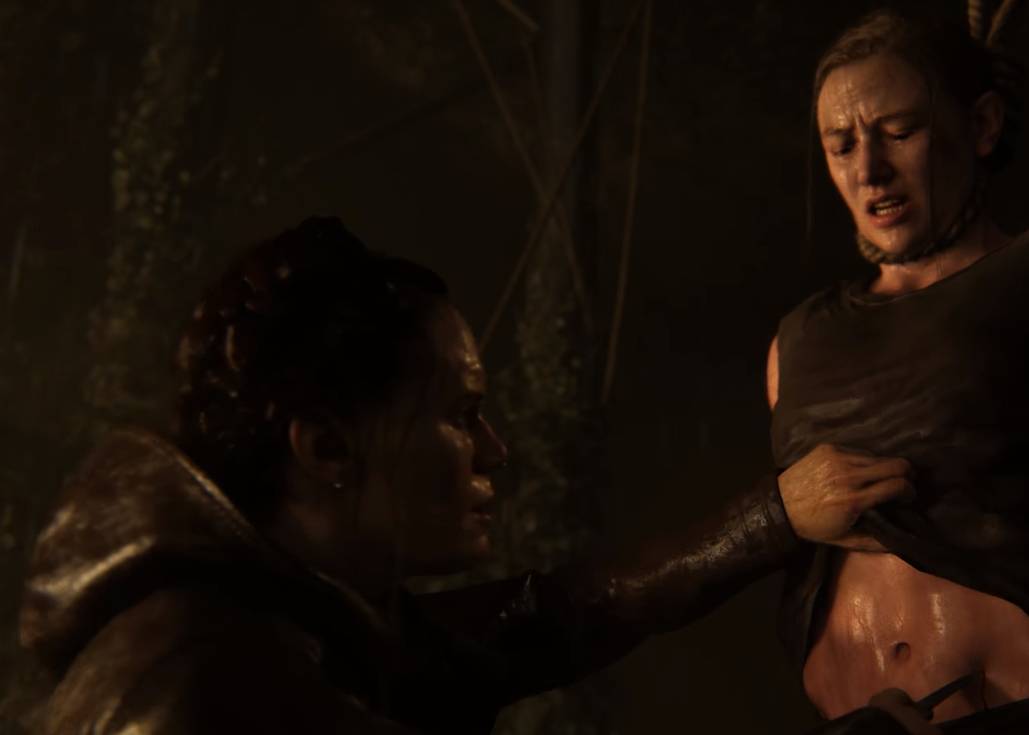 It’s also revealed that Sarah was a member of this cult, adding fuel to the fire of speculation that she had been impregnated as part of some kind of ritual. And it looks like that same cult is still going strong in the present day of The Last of Us’ world and still after the same baby, but all grown up.

In the gameplay portions of the new trailer, Ellie is seen dispatching of many cultists, who at one point reference her as “wolf”. Who knows what that means exactly, but it would appear that Ellie is a known target of this cult, who seem to have ambushed her when she was out in the wilds. 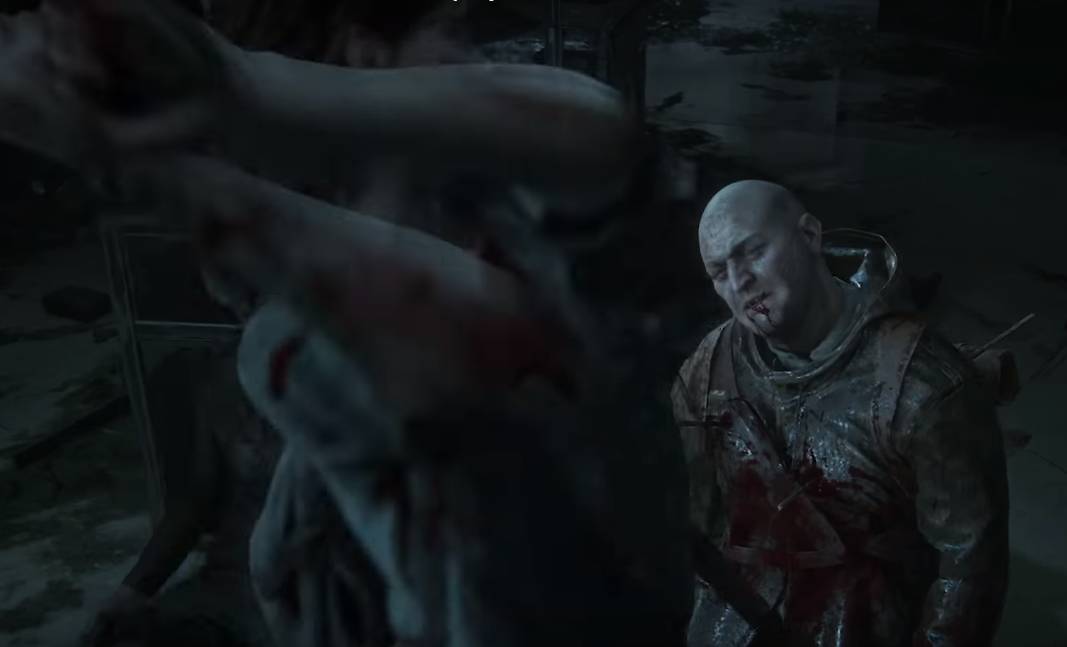 To rationalise Ellie’s anger in the very first The Last of Us 2 trailer, there’s one of three possible theories: 1) the cult killed Dina 2) the cult killed Joel 3) the cult killed both of them. Judging from the harsh lessons divulged in the first game, don’t be surprised to see Naughty Dog go for option 3 and really twist the knife.

However, there are some glimmers of hope for Joel fans. Naughty Dog keep referencing it as a story about Joel and Ellie, as well as Neil Druckmann saying the following about the new trailer, which could act as the game’s synopsis:

“In The Last of Us Part II, Ellie is now 19 and has found a semblance of peace and normality living in Jackson. She’s had a chance to be a teenager and forge lasting relationships. When that peace is disrupted by a violent act, Ellie is thrust into a brutal journey of retribution, fueled by a need to bring those that have wronged her to justice, pushing her to her very limits.”

Later in the same blog post, he also references the absent Joel:

“All of this is underscored by the characters that surround Ellie and their shared experience. The Last of Us Part II features new and returning characters (including that gruff Texan who’s yet to make his full appearance), brought to life by our latest performance capture techniques and our exceptional cast.”

That he would reference Joel is of comfort, but my mind keeps going back to that very first trailer in which a ghostly Joel appears from a body of light and into the aftermath of violence. Thematically, it adds up that Joel is no longer with us, as well as his appearances in The Last of Us 2 being in the grief-stricken imagination of Ellie.

I sincerely hope I’m wrong, but my gut tells me that Naughty Dog will go for the one-two punch, also known as The Glenn Effect, and kill off two major characters at once to really establish the game’s themes of hate and give weight to Ellie’s quest for revenge.

Or I could be completely wrong and Joel might be off somewhere peacefully making a fort from glass bottles and bricks. We’ll just have to wait and see.