What I’ve Learnt From The Doctor Who Twitch Marathon 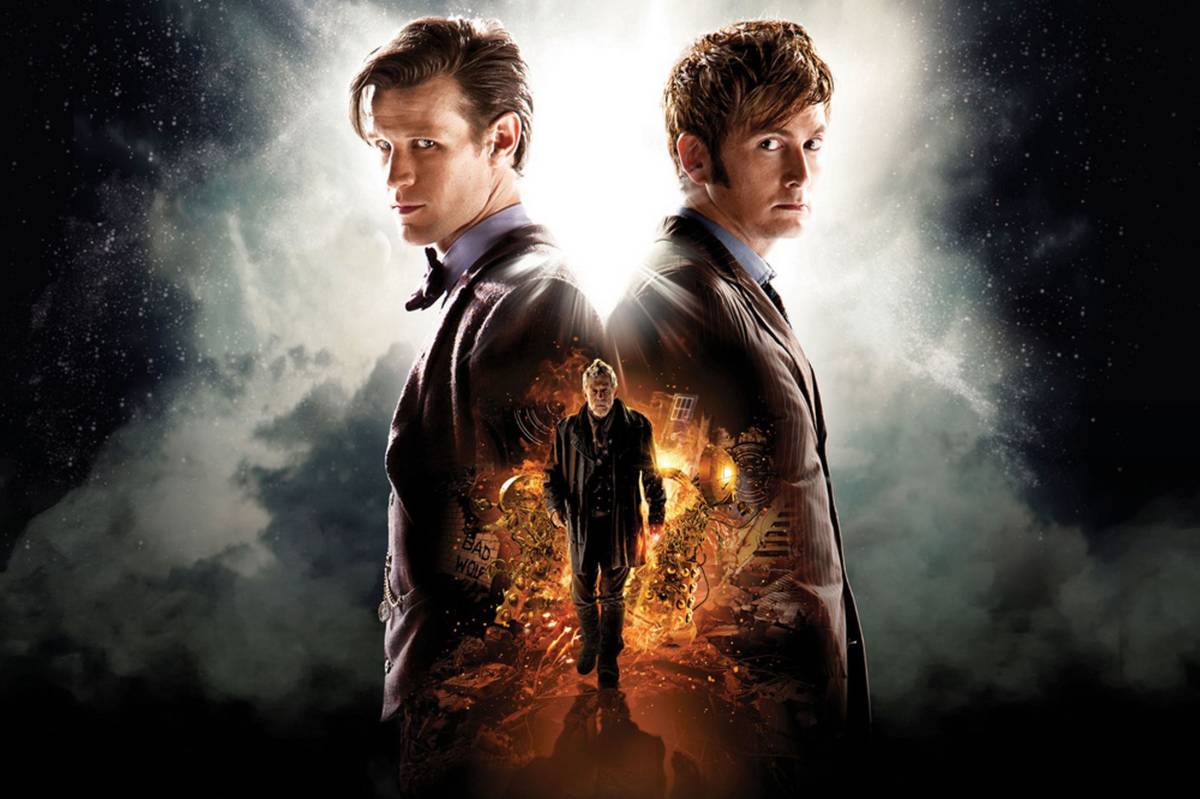 There’s something special happening on the internet right now. Amidst a rising toxicity that can hound a young actress off Instagram because some entitled manbabies didn’t like a Star Wars film, a glimmer of hope shines all the brighter. Twitch, the video game streaming website, is in the midst of a near two month marathon of classic Doctor Who, and it’s on the brink of becoming its own cultural moment.

It could have just been nothing. A passing fancy that grabbed hardcore fans based on nostalgia. But Doctor Who on Twitch is now, officially, a thing. Regularly bringing twenty thousand live viewers together to watch one long livestream of the first seven Doctors, along with a lightning fast Twitch chat thread and a growing overflow into Facebook and Twitter, my generation is discovering classic Doctor Who.

So here I am, hooked by this phenomenon and all of a sudden part of strange but brilliant new community. I’ve loved Doctor Who since it returned in 2005, and have a particular fondness for the David Tennant era. But for the first time, I’m witnessing the classic series in all its unfiltered glory. It’s like having the longest and most awesome history lesson of all time. As the marathon enters its third week, here’s what I’ve learnt so far.

The Internet is Memefying classic Who

In between each episode of Doctor Who Twitch shows, it inserts a short sizzle reel for whichever iteration of the Doctor it’s currently streaming. This began, naturally, with the First Doctor, offering us monochrome glimpses of William Hartnell and crew in the midst of classic adventures. And, well, a funny thing happened.

The Twitch chat thread absorbed it all, and regurgitated memes. “London 1965!” the chat exploded every half hour, in reference (or perhaps reverence) to a sliver of overexcited dialogue between original TARDIS travelers Ian and Barbara. “HE KNOWS!” they declared every time Hartnell closed each trailer with a line delivered with Shakespearean gravitas.

Most refreshingly of all, every bit of it – right down to the internet creating ship names for 60s Doctor Who companions – was done out of love. Thousands of Millenials have spent two weeks following the black and white origins of their favourite sci-fi show and they want so very much to be part of it.

No moment exemplifies this more than the first time the trailer for the second Doctor landed. After a week of “London 1965” (available now as everything from a T-shirt to a laptop sleeve) an eager Twitch chat was desperate to pick apart the new sizzle reel and memefy it in real time. Every line of dialogue was repeated in the chat using all caps. No stone was left unturned. No act of fan love has ever been so goofy and yet so earnest.

Troughton is my new fave (for now)

Hartnall is great. His crotchety old man is more layered than a schlokey sixties sci-fi serial had any right to expect – except when he’s asked to hang around with Emperor Nero, who seems to be possessed by the very dated ghost of Benny Hill. But the reason Doctor Who is Doctor Who? That pivotal point at which it may or may not have become a cultural institution?

That was Patrick Troughton, and now I understand exactly why it worked.

I’d always had the impression Troughton was cast with the idea he would be simply a younger version of Hartnall, but his cosmic hobo performance is the beginning of so much that would come later. He was different, less grouchy and more noticeably a pacifist. He was also, as the Twitch chat took pains to point out, a master talker. “Speech 100” the chat declared every time Troughton improvised a ridiculous lie or a trick to outsmart a more powerful enemy.

At Troughton’s side was Jamie, an eighteenth century Scottish piper, and Zoe, an astrophysicist from the twenty first century with perfect recall, and this right here is my new TARDIS team. I bring this up because they left the show in 1969, but I only just saw it, and I’m not at all over them being gone. Give me a minute, I need to be emotional (walks away from laptop).

Here’s why Doctor Who is fifty five years old

Right as the Second Doctor, Zoe and Jamie are ripped away from me with almost Pixar levels of emotional ruthlessness, John Pertwee’s Third Doctor arrives and something suddenly clicks. The Doctor is now stuck on earth, exiled by the Time Lords and forced into a Hobson’s choice to work with UNIT. And it’s different. So different yet again from the sad clown and his two mates having cosmic adventures through time and space. And it hits you; the reason this whole thing is fifty five years old is that it can transform itself on a dime. And it does, constantly.

All at once, the Doctor is in colour, and has a kind of elastic face, and is now palling around on Earth with a sarcastic scientist and some Colonel with an awesome mustache. As a new generation of Whovians growing up with NuWho, I don’t think we’ve appreciated that aspect of the show’s history before. Because in 1969 that must have been so new.

We’re going to see it again, of course, provided you too are on board with this wacky week’s long marathon. The Twitch chat, and hundreds of Whovians born in the barren nineties, will lose their shit when Pertwee goes. Will cry when Tom Baker falls off a pylon. Will feel suddenly alone and empty when the Seventh Doctor and Ace walk off into the sunset talking about their next adventures, which we will never get to see.

But when this all ends on July 23rd, none of us will be alone. We’ll be part of something old and loved, made new again by new eyes. And guess what? The Doctor isn’t dead. It might have been a bit of a struggle to love Doctor Who in the last few years, but this brilliant thing can – must – always transform. Make itself new. That’s its secret.

Before the year is out, all of us will get to see the dawn of the next era of Doctor Who. It will be new. It will be at once the same yet utterly different. New Doctor. New showrunners. New format. Lots of us will be nervous, even cautious and cynical, but if we let it, Doctor Who will make us fall in love with it all over again.