Where To Watch Donnie Darko

What are YOU watching in that stupid man suit? 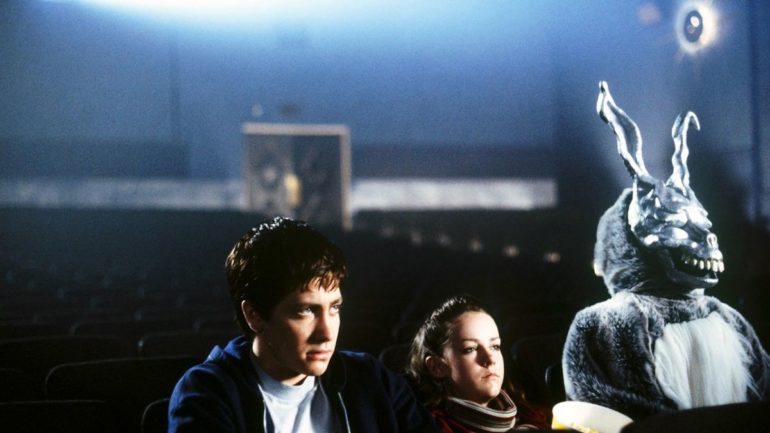 When you ask someone to suggest some of the strangest movies ever made, the 2001 cult classic Donnie Darko will probably be one of the first titles to come up. The film drew admirers almost immediately for its surreal visuals, dreamlike atmosphere, and for leaving viewers with an almost overwhelming feeling that the universe is a bizarre, sometimes horrifying place. This movie is always ripe for new fans, so this is where you can watch Donnie Darko in the UK and US.

“I Hope That When The World Comes To An End, I Can Breathe A Sigh Of Relief, Because There Will Be So Much To Look Forward To.”

A sleepwalking teenager (Jake Gyllenhaal) leaves his home one night. He encounters a bizarre figure, dressed in a rabbit suit, who tells him the world will end in 28 days. Returning home to discover that a piece of a jet engine has demolished his bedroom from above, Donnie Darko must now try to figure out just what in the hell is going on. The event begins a seeming chain-reaction of increasingly bizarre encounters and experiences with family and friends alike.

As Donnie himself struggles to understand if these things around him are actually occurring, if he is simply imagining them, or if something unfathomable has happened, the world becomes seemingly darker and more threatening. There is no question, even as we the audience try to figure out what we’re watching, that something is going to happen. Donnie Darko is truly a one-of-a-hand dark comedy with overtones of serious horror.

Watch Donnie Darko In The UK

Watch Donnie Darko In The US

Donnie Darko is available to stream in the US to watch for free on Roku, Tubi, Kanopy, PlutoTV, FilmRise, and IMDB TV. You can also buy a physical Blu-Ray copy from Amazon, ARROW and other stores.

READ NEXT: Where To Watch Black Books