Wargroove is the pixelated strategy game for a new generation of commanders. 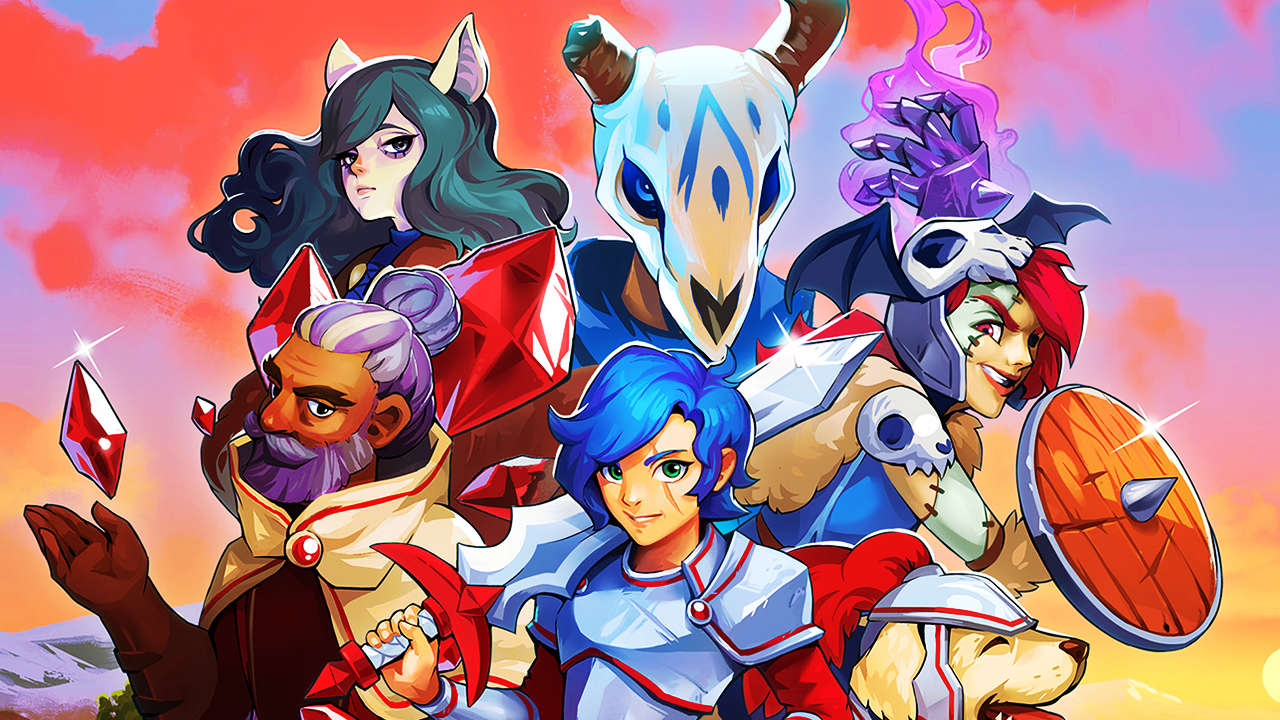 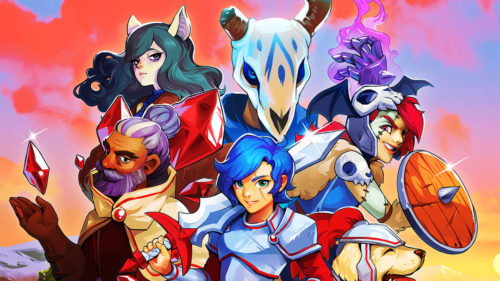 Early adopters of Chucklefish’s new strategy game, Wargroove, will almost certainly describe it as a kind of spiritual successor to the Advance Wars series, but that doesn’t really do Wargroove justice. With advancements in multiplayer and plenty of meaningful changes to the gameplay, Wargroove may exist in the same genre, but it has much more to offer than its predecessors.

In its simplest form, Wargroove is a turn-based strategy game where you command an army of units to crush the base of your opponent. You do this by capturing villages and using various bases to build units, which then go on to do battle against the opponent’s units. However, that barely scratches the surface of what’s a ridiculously deep and immensely satisfying strategy experience. Each of the 20 different units has a critical hit that can only be activated under certain circumstances, such as moving six spaces before attacking or hitting units that are standing on roads. Along with the units, each commander offers its own special power, called a Groove, that has the potential to turn a fight around in one lucky turn. On top of all that, there are also matchups between units that must be considered, and you can probably imagine just how much mental juggling must be done in order to win a good matchup. 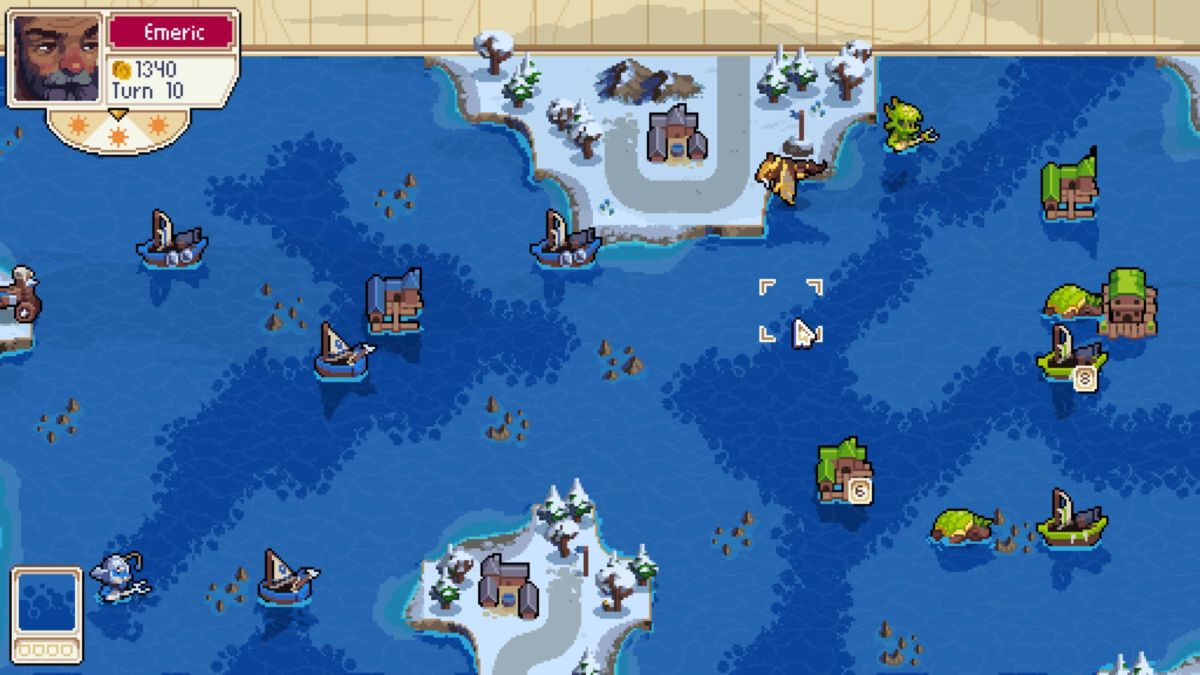 As a strategy game, Wargroove shines because it’s deep and complex without being overwhelming for the first-time player. The pixel art style serves the game well, with careful detail given to the unit portraits and attack frames that gives the whole game a nice layer of friendly polish to go with the intense gameplay. Factions each have their own unique flavor for units and commanders, and though these differences just serve cosmetic purposes, it adds some visual flavor to the repetitive attack animations. Even the sound design includes some tiny details, such as units attacking from the left ear and hitting in the right ear, to keep you engaged in the battles.

In terms of gameplay, Wargroove has a few different modes to sate your strategic appetite. If looking for a solo experience, you’ll start with just the standard campaign, though you’ll quickly unlock both the Puzzle and Arcade modes. The campaign was actually the biggest letdown here, as the story was quite uninspired for such a charming game otherwise. A weapon exists that might potentially destroy the world, and after your country gets invaded, you’re the only one who can stop them from acquiring it. One of your commanders is just a straight-up golden retriever in some battle armor that fights by being loveable, and yet all that potential was squandered for a story that just goes through the motions. The battles themselves were intense and well balanced, with the early levels building quickly to challenges that I would frequently fail and restart. It may sound frustrating, as those matches might play out for 45 minutes or so, but you could generally feel a loss coming in the earlier turns. 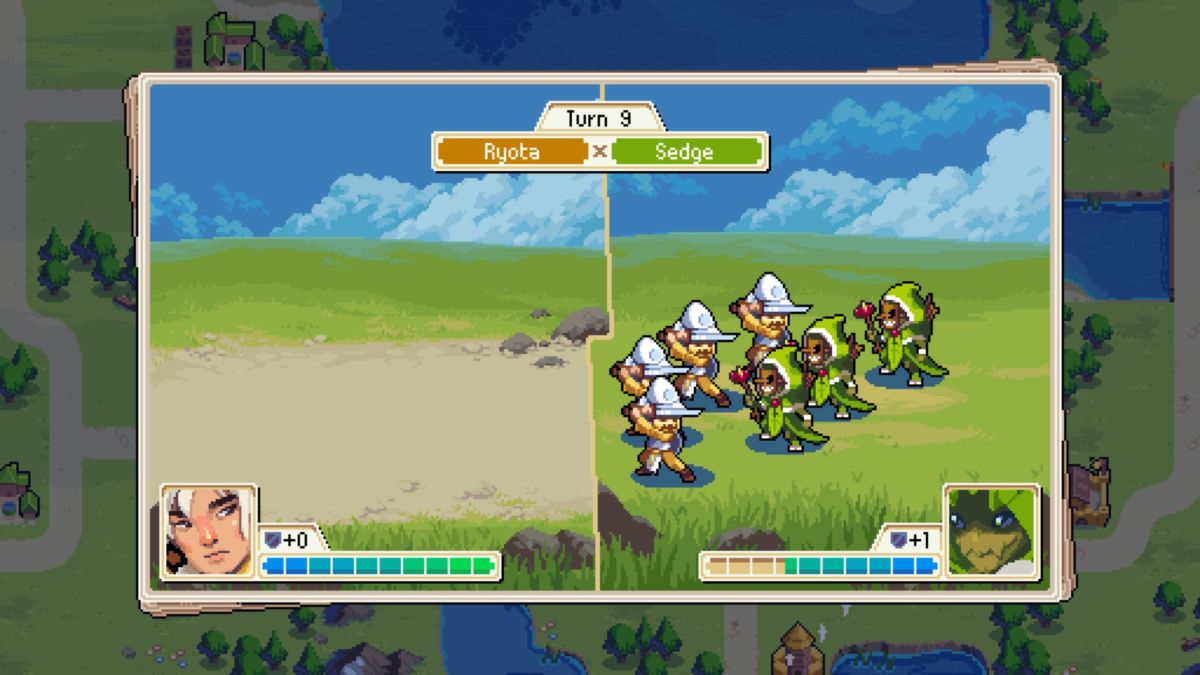 That’s not to say the gameplay isn’t without flaws. With each mission lasting for such a lengthy amount of time, there were a couple of moments where I may have clicked a bit too quickly, causing my commander to stop in an awkward place or setting up a unit for instant death. Since the game has no undo button or easy fix for a single misclick, that sometimes meant I’d have to restart the entire mission in the final moments just because every move is final. This feature adds to the tension most of the time, but it can be disheartening when it occurs in the single-player modes. It’s further magnified in the Arcade Mode, which is just a series of five smaller battles that must be won in succession. That one loss means you must go back to the first fight and begin again. The game also lacks any auto-save feature, so it’s not like you could roll back to an earlier turn and make up for your mistakes.

I was also a bit disappointed in the commanders as a big Advance Wars fan. The original trilogy had a variety of commanders that could affect the entire battlefield or changed the prices of units. Here, the commanders’ abilities are much more localized, though they do actually represent a unit on the field. Even though the Factions each have distinct characters, all units play the exact same, outside of the commander powers. It’s great from a balance perspective online, but that means the only difference in any army is the commander’s Groove. 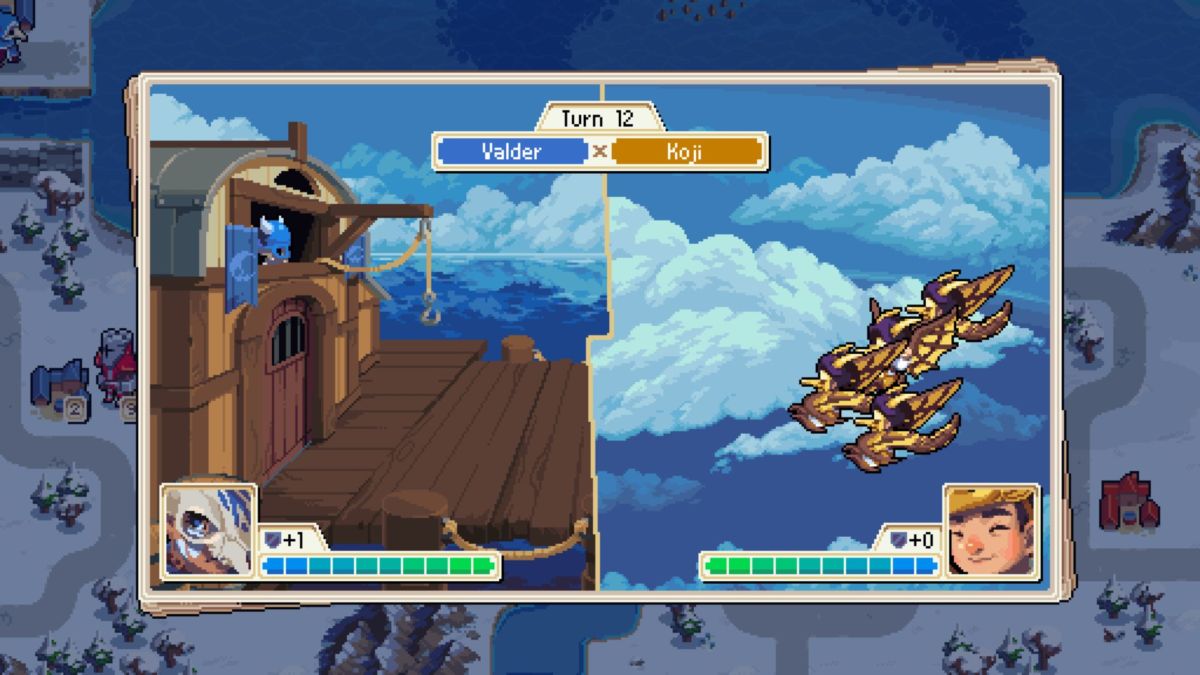 It should be mentioned that practically all of my time with Wargroove was spent in the single-player portions, as the multiplayer isn’t exactly booming in eastern Asia at the time of this writing. Still, the promises of the multiplayer and online modes are tantalizing. Campaign creation, map building, and even cutscenes can all be uploaded for others to play and experience across platforms. The multiplayer is asynchronous, meaning you can take your turns at a leisurely pace and then cut the game off once you’re finished. Couch co-op is also an option, allowing for two commanders to take on campaigns side-by-side. No doubt, these features will be a big selling point for players on any platform except the PlayStation, since Sony hates cross-platform play.

All in all, Wargroove is a tactical gem. The strategy is deep and challenging, leaving little room for error while also feeling fair and balanced even in the worst situations. The story will leave you wishing for something with actual depth, but the gameplay more than makes up for those deficits with meaningful choices and beautiful design. At just 20 bucks, Wargroove offers more than enough to justify a purchase.

Verdict
Wargroove is the pixelated strategy game for a new generation of commanders. The shallow story doesn’t deter from the intricate gameplay that makes Wargroove the perfect indie game for even the finest of tacticians.
8