WandaVision's holiday special gives us all the spooks with a heaping serving of existential confusion. 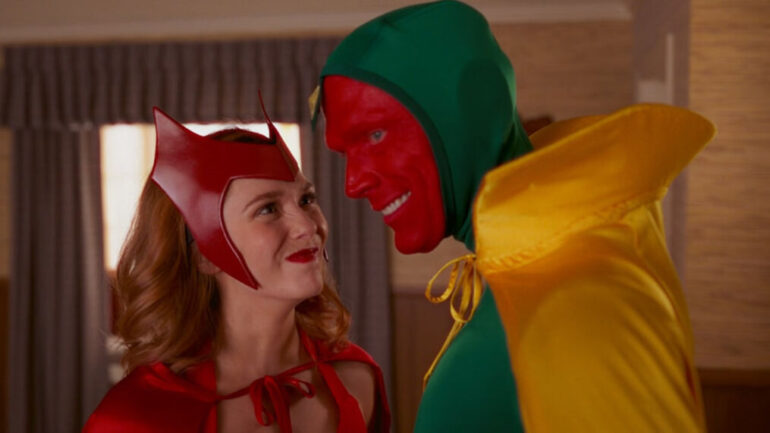 We’ve reached the holiday special episode of WandaVision, and the show continues to delight and confuse at the same time.

Starting from the title itself, ‘All-New Halloween Spooktacular’ has all its feet firmly grounded in Marvel comics lore. The most obvious nods to the source material are, of course, the Halloween costumes, which are a gratifying excuse for the audience to see Wanda, Vision, Pietro and Billy in the comic book accurate getups of Scarlet Witch, Vision, Quicksilver and Wiccan respectively. The costumes lend a colourful comical touch to the episode, although there is nothing funny about how smashing Elizabeth Olsen looks in the original Scarlet Witch outfit.

Other comic book clues are more subtle. When Pietro and Wanda take the kids trick or treating, he lets them run wild, cheering them on with ‘Unleash hell, demon spawn!’. Those following the comics would immediately recognise this reference – Billy and Tommy were originally born from fragments of Mephisto’s soul. Mephisto is widely rumoured to be a potential villain in WandaVision, and is the Marvel Comics’ version of the devil, which would make Billy and Tommy literal demon spawn.

Speaking of the kids, they also receive their powers in ‘All-New Halloween Spooktacular’. Tommy, whose comic book persona is named Speed, displays exactly that – just like his uncle. In the comics, Billy has the same powers as Wanda, and is named Wiccan – which is also the term for practitioners of Wicca, a pagan religion involving witchcraft. In this episode, he displays tendencies similar to his mother’s, being able to hear Vision’s pain and stopping a bolting Tommy in his tracks. If the children turn out to be more than segments of Mephisto’s consciousness, WandaVision could well be setting the stage for Marvel’s Young Avengers as well.

As seen in last week’s explosive reveal, Pietro Maximoff is the newly added factor in the Westview equation, and this episode shows him acting more than a little suspicious. The recap shows scenes with the Aaron Taylor Johnson version of Pietro getting shot, and it appears that this Pietro has the same memory as well. In the episode’s ‘Malcolm in the Middle’-themed opening scenes (WandaVision appears to have skipped over the ‘90s entirely), Tommy teases Billy about wondering whether Pietro is a ‘vampire’.

Funnily enough, in the jump scare we were all treated to later in the episode, Pietro looks very much like a vampire. Plus, he seems awfully interested in knowing how Wanda brought Westview into existence, and at one point even spells out his character’s role in the sitcom – down to the inconsistent accent!

Moreover, at the end of the episode, Pietro lets out this wonderfully warm-hearted statement: ‘Relax, it’s not like your dead husband can die twice!’ Although Pietro in Age of Ultron was a bit of a jerk (Hawkeye would approve of this character assessment), he was always portrayed as very caring and considerate of his sister. Canon Pietro would never have said that, in any universe. Secondly, Vision died in Infinity War, which is set after Pietro dies in Age of Ultron. How did he know Vision had died already?

Agnes has a significant role to play in ‘All-New Halloween Spooktacular’ too, despite her limited screen time. In previous reviews, I had leaned strongly towards the explanation that Agnes could be the person actually controlling Westview, but this episode lays waste to that theory. Just like the other Westview residents, Agnes is also found barely moving near the outskirts of town. Her eyes are teary, and when Vision zaps her out of her fugue state, she desperately asks for help before dissolving into a fit of hopeless cackling (another cracker of a performance by Kathryn Hahn).

Now, this could stem from a stubborn resistance to possibly being proven wrong, but I think Agnes’s character still warrants suspicion. Dressed in a witch costume (another nod to Agatha Harkness’ witch character from the comics), it is Agnes’s interaction with Vision that gives him the final push towards venturing outside the fence.

Something about the whole encounter seemed rather staged, and it seems convenient that Vision found her with her car pointed towards the very place Wanda did not want her family to go. What’s more, when Vision first finds her, she is almost immobile and glassy eyed, snapping awake only when her repressed self is freed for a bit.

Logically, when Vision zapped her back, she should have returned to barely moving. Instead, she lets out her sitcom laugh, and somehow has the energy to turn the car around and drive away. Another significant detail is that she features in the opening sequence, in the same frame as the kids. This, combined with the fact that the kids have so far only aged up in her presence, suggests that she is tied to them in one way or the other. So no, I will not be letting Agnes off the hook yet.

Vision’s arc has steadily amped up the pain factor, and this episode is no different. As he wanders the city, he sees Westview residents standing close to stock still, with those moving stuck in an endless loop. The single tear trailing down a woman’s cheek is a dark reminder that while we want to root for Wanda, she is a knowing accessory to keeping traumatized people from returning to their normal lives. It is heartrending to see him try to remember what an Avenger is, or try his best to escape the fence, and in his potentially last moments, see him beg for help for the people rather than himself. Truly worthy of lifting Thor’s hammer.

Now that he remains alive, maybe Darcy could give him a helping hand, what with the expansion of the Westview Cinematic UniverseTM and everything. Harking back to her comment about Monica’s cellular structure having been changed due to going through the barrier, it may be that Darcy finds herself with some structural changes of her own if she escapes.

‘All-New Halloween Spooktacular’ is not without its usual dose of Easter eggs as well. This week’s commercial is a little more difficult to decipher than normal, and it is the first one not to feature the recurring couple that had appeared in all the previous ones. It is also by far the creepiest commercial yet, and fan theories have latched on to the ‘Snack on Yo Magic’ motto, speculating that someone is feeding off of Wanda’s magic.

A second Easter egg is the movies that are showing in the neighbourhood theatre – The Incredibles and The Parent Trap. The latter famously featured twins trying to get their family back together. The Incredibles also featured supernaturally endowed kids – some may remember applying the ‘he’s fast and she’s weird’ line to Pietro and Wanda themselves. And lastly, Tommy yells ‘yeah, kickass!’ when Uncle Pietro offers to maximise their candy acquisition – a cheeky nod to ‘Kick-Ass’, the 2010 movie that featured both Quicksilver actors, Evan Peters and Aaron Taylor Johnson, in lead roles.

The thing about having a full seven days in between each episode is that while it lets fans speculate and conjure up theories galore, sometimes the theories we do think of may paint the actual story arc a little blandly in comparison. As we head into the final third of its debut season, it is definitely hard to imagine how WandaVision can top what they have done so far. Fingers crossed they don’t bungle it. 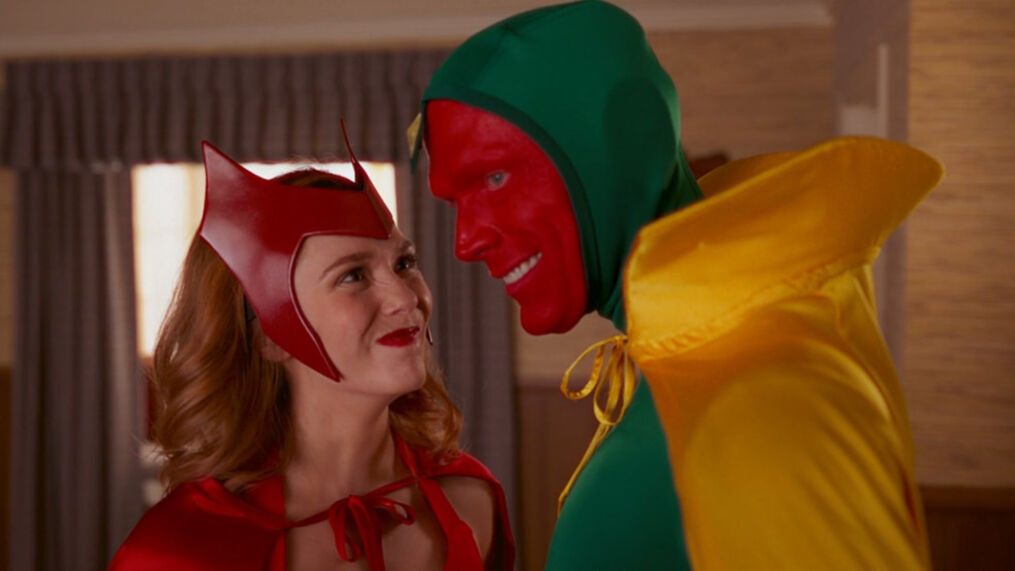 Verdict
WandaVision continues its winning streak by giving us even more twists, dark reality checks and a multiverse of possibilities ahead.
8
Cultured Vultures is a pop culture website established in 2013 covering all things gaming, movies, and more. We eat your words.
All The News On Your Favourite Games