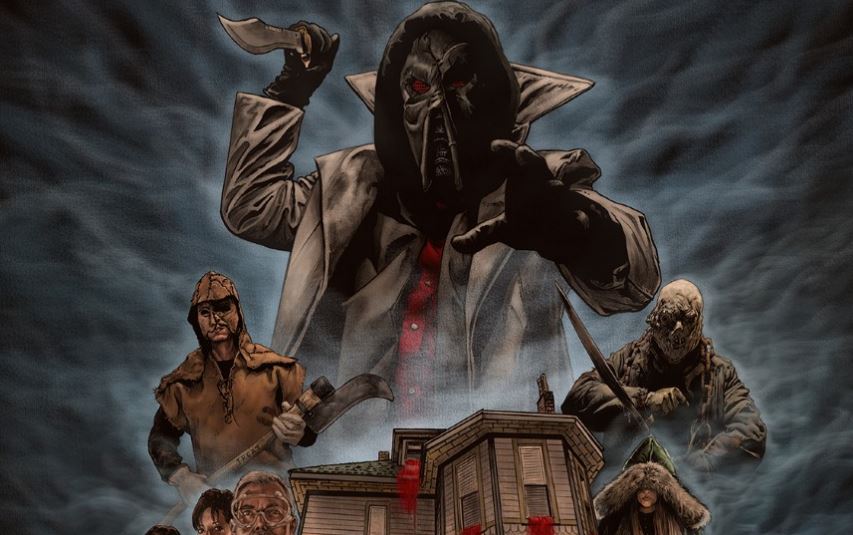 So I thought I’d be safe reviewing an anthology film sequel without having seen the first movie, and for the most part I was right. But after reading some reviews for Volumes of Blood: Horror Stories, it appears this sequel does have some material that connects it to the first Volumes of Blood. So take that however you want as you read my review.

Volumes of Blood: Horror Stories, like a lot of horror anthology films, consists of a frame story to tie everything together. But there’s also a wraparound story within the frame. There’s a lot going on in this two-hour horror-comedy anthology, and although not all of it makes a lot of sense, it was put together with passion on what had to have been a shoestring budget.

Six directors in total worked on the movie, each doing a segment. Considering the amount of people involved, the film was quite stylistically cohesive. It’s always a pretty cool concept, getting a bunch of horror filmmakers together to collaborate on what essentially amounts to a collection of short films. In Volumes of Blood: Horror Stories, however, the short films are a bit more connected to the larger story than, say, Creepshow or Tales from the Darkside: The Movie. Almost all of the stories take place in the same, apparently very unlucky, house on or around a holiday.

There’s plenty of gore, but it’s all very cartoonish. Fitting, of course, given that the comedy part of the horror-comedy subgenre is emphasized here. You’ll have a lot of fun if you don’t take this thing very seriously. The filmmakers clearly don’t want us to take it seriously. But even though it’s all goofy fun, there are a few serious(ish) themes that pop up every now and then, such as a comment or two on class consciousness and the terror that lurks underneath suburban conformity that’s been explored with much success in the horror genre over the past thirty years or so.

Some of the stories were quite brief, leading to some pacing issues, but they were all at least marginally entertaining. My favorite was the story that took place on Christmas Eve. It had a pretty clever twist ending that I didn’t see coming, which was nice considering a bunch of the stories simply ended with the monster or bad guy winning. Plus, this segment sees a woman stabbing another woman in the breasts with oversized candy canes over some Christmas shopping jealousy.

I have no idea what the hell happened at the end. There was a bloodbath, but to what end? Some of the reviews I read said that the ending connected to the first film, which might have been why I was scratching my head so much. Well, okay. Anyway, I don’t know if I’m very curious about the original now. I prefer my horror to be a bit more dark and a little less goofy, so this wasn’t for me, but if you’re into horror-comedies, then you’ll probably get a lot out of this one.