Vectronom is a perfect fit for the Switch. 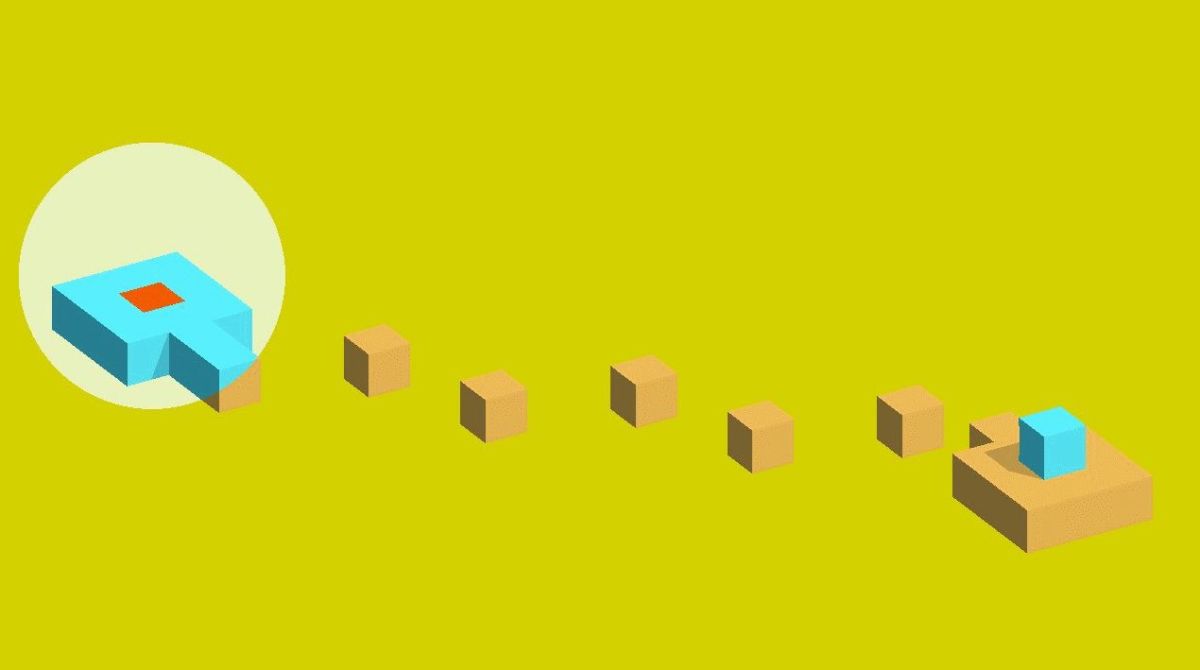 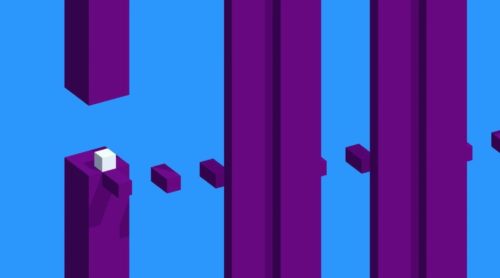 Simplicity is often a way to guarantee success: Take a basic idea,and run with it. This is why early video games are often so accessible even today. Classics such as Asteroids, Pac Man and Tetris are all easily playable for modern gamers, despite being decades old. But as time has passed, it’s difficult to stumble upon that new idea that catches the imagination of gamers. While I’m not convinced that Vectronom is quite one of those ideas, it does certainly come close.

Vectronom is a colourful rhythm-based puzzle game from German based indie studio Ludopium. On its surface, Vectrinom looks like a colourful yet standard puzzle game, not too different from what you might expect to see on the Google Play Store. But it’s how this game works with its music that really ties the game together.

The gameplay involves you moving a hopping block around a similarly blocky level. As you hop around, you’ll encounter many aids and traps along the way, like special blocks which give you a jump boost, or good old fashioned spikes to kill you dead. Mix this in with the fact that the level is constantly moving around to the beat of the music and things get a lot harder. 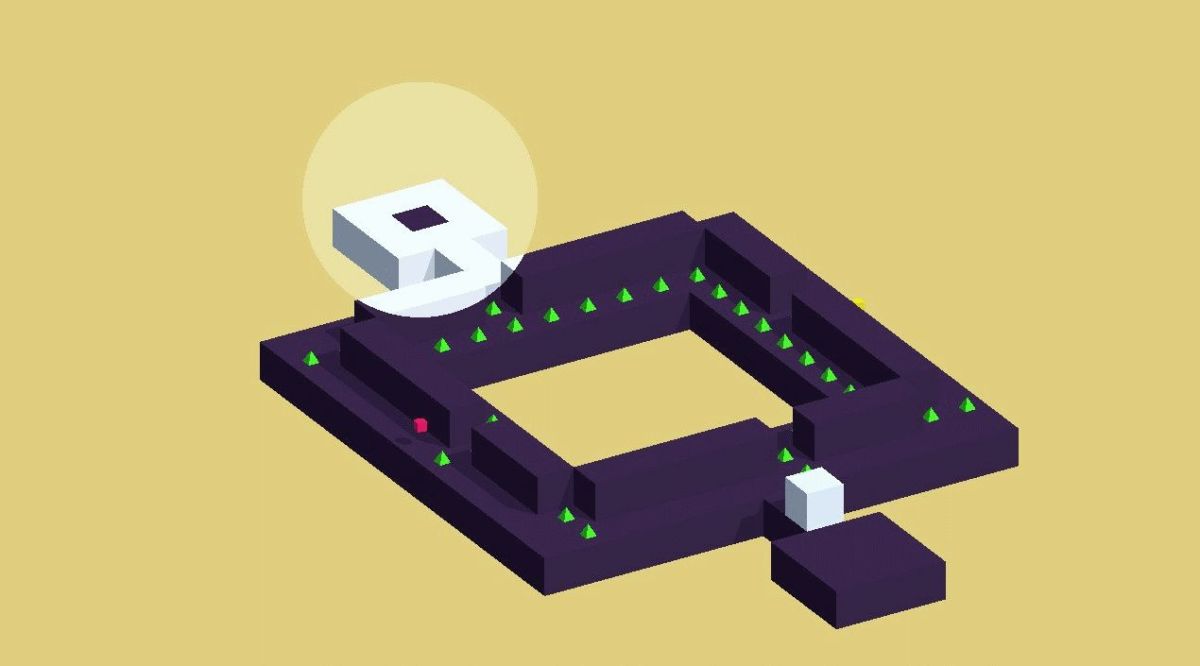 Blocks move, judder, disappear and reappear through the levels, all matching the beat of each level’s distinct soundtrack. Your aim is to reach the square at the end of the level. Along the way there are pickups, which are entirely optional, but there’s a certain sense of failure that I get when I leave a level without them.

There’s two things you’ll need to accomplish if you wish to be successful at Vectronom. Number one, learn the level layout(s); as Vectronom levels move into different formations, you’ll need to learn them. These formations are not random, and there’s usually a varying number of layouts per level. Learn and memorise.

The second is rhythm. These formations change in time with the beat, so you can easily find yourself out of rhythm, and the platform underneath you may suddenly disappear. Or the one you’re jumping to may vanish. In Vectronom, you must not only learn which blocks appear and disappear, but on which beat they do as well. 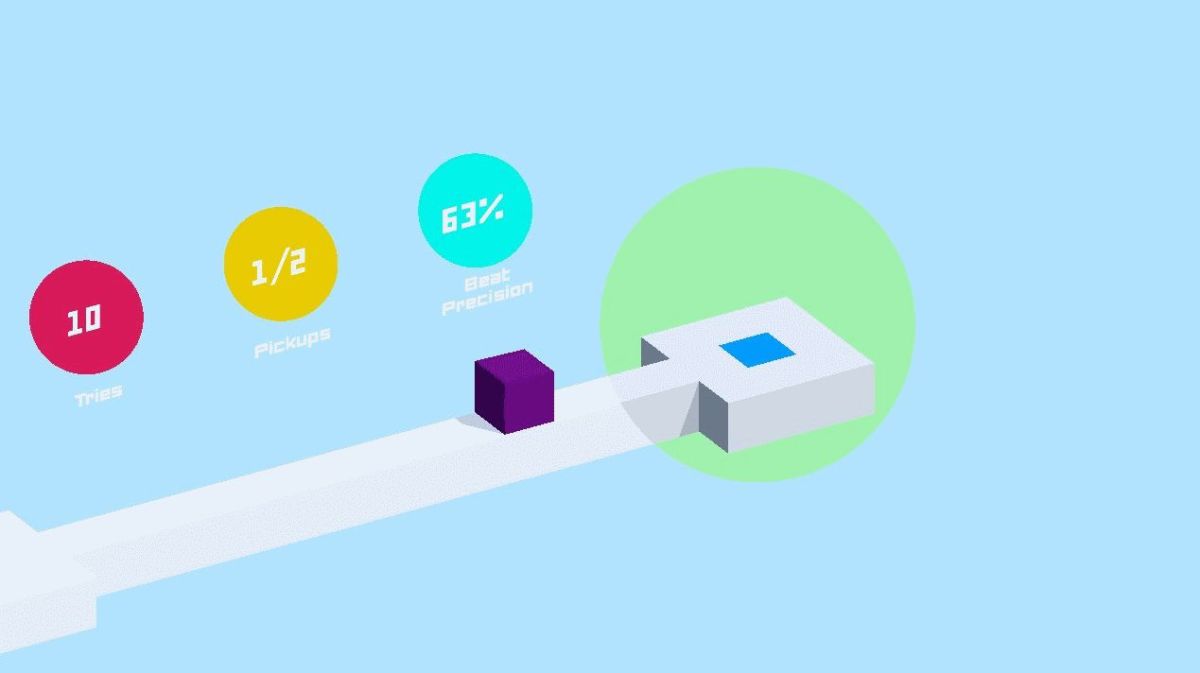 This game is all about moving to the beat. When you’re trying to get to the end of a level, this is easier said than done. The panic that the moving levels creates can be a little overwhelming at times, and often leads you to ‘panic hopping’ towards the end of a level. This has two issues: you’ll usually end up down an unexpected hole, or you’ll ruin your beat accuracy.

Each level scores you on three aspects: how many attempts at the level you had, how many collectibles you got, and also how accurate your beat accuracy was. Beat accuracy measures how often you move to the beat of the song being played on that level. For me, this was a little too low for my own liking.

Levels are split into three stages, with each level morphing into a different stage once you get to the ending tile — only once the three stages have been completed does the level end. This kicks you back to an overworld, from which you can hop over to the next level, or hop back to previous levels you’d like to replay. 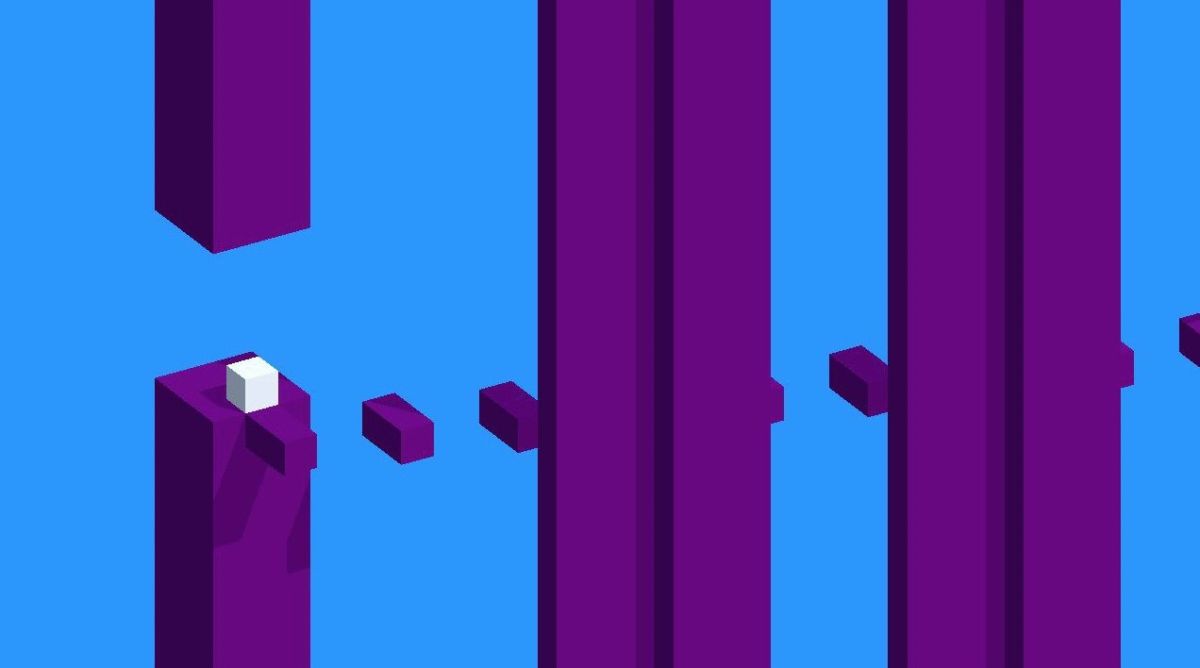 While the concept is totally different, Vectronom has a little in common with its fellow music based puzzler, Super Hexagon. Both games have this ‘just one more try’ feel about them, and while they are frustratingly difficult, they’re satisfying enough for you to dive back in, and the feeling when you finally beat a level in Vectronom is most satisfying indeed.

As you can imagine, Vectronom’s soundtrack is a particular highlight — even when not playing, it’s pretty awesome to listen to. They wouldn’t feel out of place drifting out the door of a trendy nightspot. Graphics are chunky and colourful, so my initial thought was ‘Kula World’ due to the bright, bold colours.

Vectronom is a very enjoyable game, but one that didn’t have much replayability for me. Sure, those completionists out there may return for all the extra pickups and beat accuracy, but once the level was over I felt little impetus to return to it. For me, the replayability just isn’t there, and Vectronom isn’t a particularly deep game, either. That being said, its short-burst levels are perfect for on-the-go gaming.

Vectronom is one of the best console puzzlers I’ve played over the last few years, even if it’s one I doubt I’ll return unless there’s some DLC that adds extra levels or modes to the game. While it has Super Hexagon’s satisfying frustration, Vectronom lacks its high score rush to keep me coming back.

Verdict
Vectronom is an incredibly fun and unique puzzler with a fantastic soundtrack, making it a perfect fit for the Switch.
8 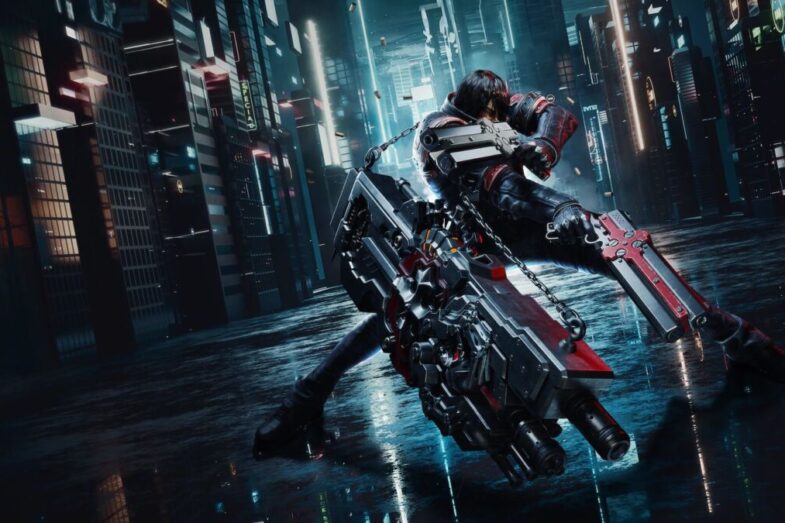