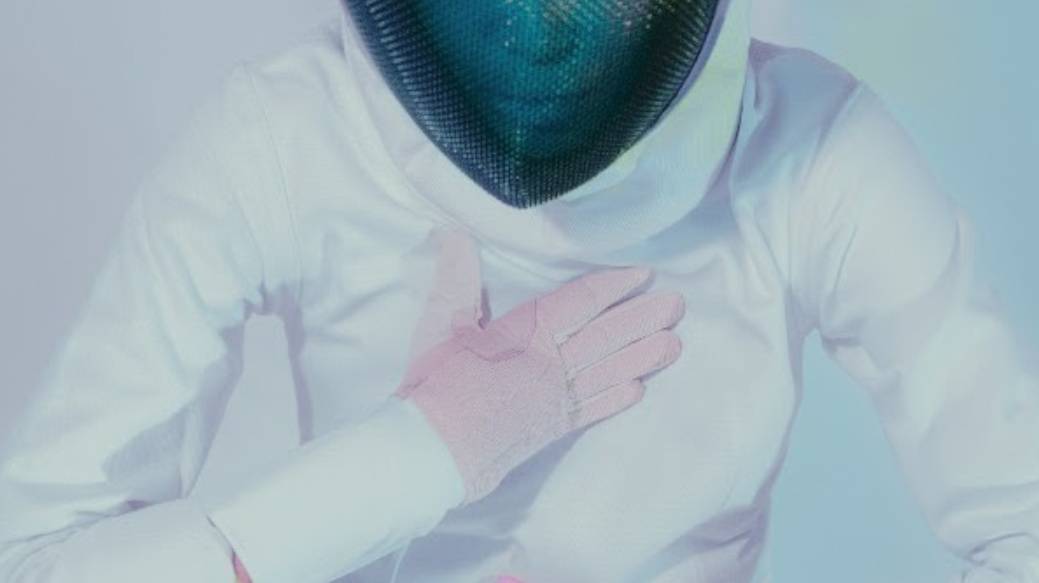 “In this kind of climate” and “with what’s happening in America now” are some of the phrases used to euphemize the time period beginning in November, 2016. In an interview with NME, New Zealand American Ruban Nielson, frontman and guitarist of Unknown Mortal Orchestra, said that when he was recording the band’s fourth album, “Things got crazier and crazier, especially in the States.” And that was when he decided to find a name for the album that would counteract the heaviness of unmentioned crazy things. The name would also have to hold its own as successor to the band’s previous album, Multi-Love, in which Nielson reflected on the complexities of polyamory. Seeking something “good and kind of dumb,” he chose Sex & Food.

The drum machine-driven intro track, at first smelling of studio console noodling that didn’t age well past the day it was recorded, is brief enough to set a light and playful tone Nielson was aiming for. Such a maneuver cleanses the mental palate and invites the listener to lock in to the head-bobbing groove of neo-psych rocker “Major League Chemicals,” recalling “Faded in the Morning” from the band’s second album.

Unknown Mortal Orchestra’s mastery of attractive, sing-along R&B melodies provides the album’s chief mood lifters, namely the sparse yet hopping “Hunnybee,” where Nielson evokes Prince as he sings a touching message to his daughter; and the retro dance-bomb “Everyone Acts Crazy Nowadays,” with jazzy keyboard notes flickering in the chorus like tight sequin dresses of backup dancers.

Despite Nielson’s intent, the smiling demeanor doesn’t last. Nielson maintains that Sex & Food is not political, even after revealing in the NME interview that for inspiration, he recorded the album in multiple countries, including Vietnam because it “may be the only country that defeated the US militarily.” He continued that he’d considered Vietnam a “nice place to escape all that madness and go somewhere that kind of held them at bay and see if that was an inspiring place to see my life in America from.” An odd choice of place and context for making a nonpolitical album. Nielson also mentioned that, concerning Sex & Food, “anything political that made its way in would be accidental.”

Among the accidents is “Ministry of Alienation,” in which a spacy, flanged sitar ripples under Nielson’s unflappable delivery of “Amoral but not evil / Sick of fake democracies,” and we’re not supposed to think about David Duke’s favorite candidate losing the election for president of the United States but getting appointed to the position anyway by an archaic political construct. A strangled sax solo ends the song, as if to ensure that we grasp the song’s heavier undercurrent.

But the winner in this category is the fuzzed-out “American Guilt,” where Nielson’s inspiration for his raspy vocal sound seems to have been part walkie talkie and part howler monkey, a fitting combination for launching the lyrics “Land of the expensive / Even the Nazis are crying.” Nielson’s snarling guitar, revealing echoes of Jimi Hendrix and 60s garage rock, rides unrepentantly high in the mix, a new thing for UMO and a rare thing in this age of electronic-centered music. The instrumentation sets UMO on a separate path from neo-psych peers Tame Impala, whose latest offering swapped out most of the guitars for keyboards. Even without the political (oops, accidentally political) slant, “American Guilt” is Sex & Food’s most distinctive track.

The acoustic “Chronos Feasts on His Children” adds another dimension, dropping the listener into a sparse, Sufjan Stevens-esque landscape reminiscent of the acoustic recordings on UMO’s only EP, Blue Record. Sandwiched between “Hunnybee” and “American Guilt,” the song provides a dynamic breather.

The change-up in moods is welcome and paints an absorbing journey across the occasionally unsettling topography of Nielson’s introspection, which often reveals a relatable reflection on modern technology through lyrics such as “My thinking is done by your machine” and “Freud auto-correction.” But while UMO has explored several new, exciting directions on Sex & Food, much of it feels like a doubling down on their older material—the disco grooves, the indie-infused R&B, the lyrics about drugs damaging relationships, Nielson’s staccato vocal phrasing. Of course, one could counter with “but that’s their style.”

Their dingy, lo-fi sound is also part of the band’s style. At times, tracks conjure memories of worn-out cassettes recorded on boomboxes, while others recall the swishy murk of first-generation, low-bitrate MP3s. Does Nielson put a potato sack over his head before he records his vocal tracks, or does he just make it sound that way during editing? Four albums in, the effects are starting sound overused, although the hooky songwriting still manages to transcend any overzealous application of audio degradation.

In any case, a discussion on whether Nielson should lay off the effects distracts us from the daily servings of paranoid gaslighting that emanate from the White House. On that front as well, Ruban Nielson and UMO have succeeded.