Universal Decides to Release The Hunt

On Friday the 13th no less.

Universal Pictures has decided to release The Hunt, a film that was supposed to make its debut last year, but was cancelled due to all the controversy it had stirred before it even made its premiere. The Hunt follows 12 strangers who wake up in a forest clearing and realize they are being targeted for sport by rich elites, who are clearly presented as the antagonists of the film. The Hunt is produced by Blumhouse Productions and directed by Craig Zobel.

The movie studio felt it would be in poor taste to release the movie at the time (there were several mass shootings, in places like El Paso, Texas, and Dayton, Ohio), but now that some time has passed, the studio has reversed that decision. They have released a new poster and trailer to promote The Hunt, giving the audience the choice of whether they want to see it or not – “Decide for yourself” in other words. 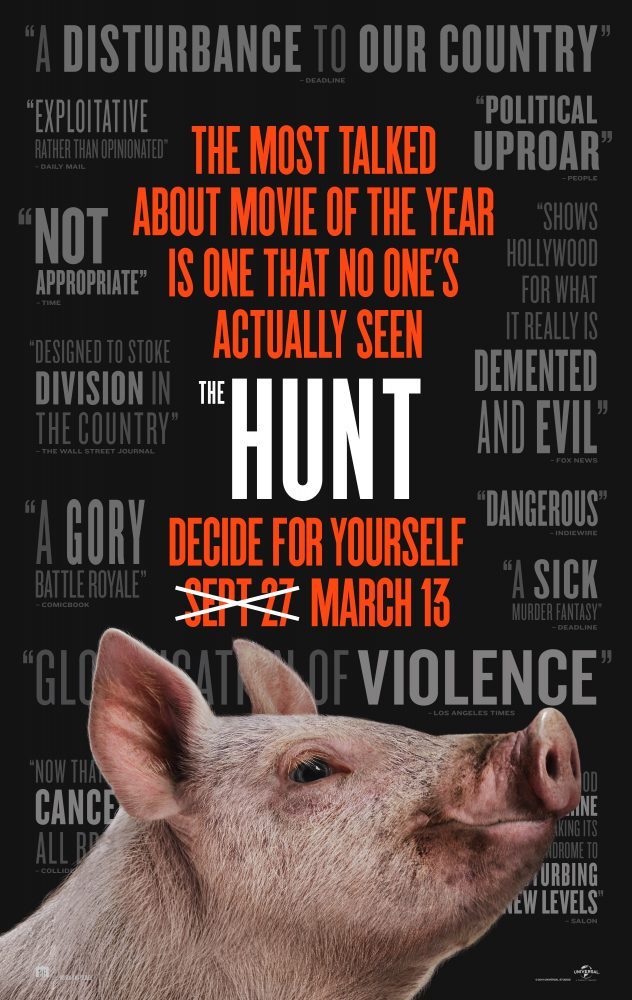 The new trailer definitely has a different vibe from the earlier one. The initial trailer seemed to have a more serious tone, while the new trailer seems a little more humorous and campy, probably to play up the satirical tone even more.