13 Underrated Movies You Should Watch At TIFF 2019

These movies might not have dancing clowns, but they are certainly worthy of your time. 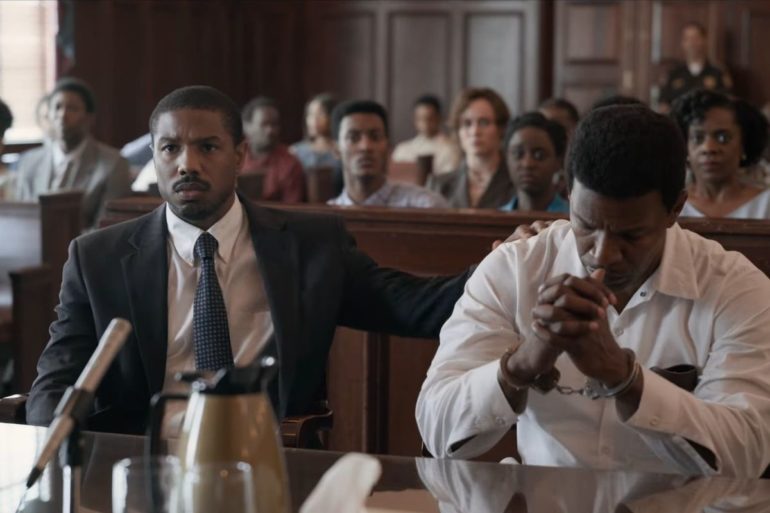 Blockbuster season and summer have both come to an end but, don’t fret, because it’s festival time. The Toronto International Film Festival (TIFF) has begun and the selection this year is incredible. While films like Joker, Knives Out and Jojo Rabbit are garnering major awards buzz and coverage, there’s a wonderful selection of independent and international releases just waiting to be discovered.

While there are numerous films that have already been hyped for months now and have had trailers released, such as Ford v Ferrari, Harriet, Lucy in the Sky, The Report and Marriage Story, there are a number of other films deserving of your time that you might not have heard of. So here are 13 films to check out at TIFF 2019, or just to keep on your must-watch list if you aren’t lucky enough to be at TIFF.

After the disappointing Knight of Cups and Song to Song, Terrence Malick’s next feature A Hidden Life is a historical drama starring August Diehl as Franz Jägerstätter, an Austrian farmer and devout Catholic who was imprisoned for refusing to fight for the Third Reich in World War II through conscientious objection.

A Hidden Life also stars Valerie Pachner, Matthias Schoenaerts, with both Bruno Ganz and Michael Nygvist in their final performances. The film had its world premiere in May 2019 at the Cannes Film Festival and received positive reviews from critics, noting the film’s beauty, discussion of faith and powerful narrative.

In director/writer Oualid Mouaness’ feature film debut, 11-year-old Wissam (Mohamad Dalli) tries to tell classmate Joanna (Gia Madi) that he is in love with her, as the 1982 invasion of Lebanon rages on in the background. Teachers and staff members of a school on the outskirts of Beirut try to mask their fears but things begin to crumble as the day progresses.

Returning to the festival circuit since her smash hit Capernaum in 2018, Nadine Labaki stars as Yasmine, a teacher whose family and co-workers are on different sides of the political divide. ‘1982’ is a touching tale of first love and resilience of the human spirit.

Fernando Meirelles — Oscar-nominated director of City of God — directs Anthony Hopkins and Jonathan Pryce as Pope Benedict XVI and Cardinal Jorge Mario Bergoglio (the future Pope Francis) respectively. In this surprisingly funny drama, they debate the best way forward for the Catholic Church and the two men find they have more in common than originally thought.

The Two Popes had its world premiere in August 2019 at the Telluride Film Festival and it is scheduled for a digital streaming release by Netflix on December 20th, 2019.

Helmed by Olivier Assayas — French director of Cloud of Sils Maria and Personal Shopper — this political drama follows the complex lives of five Cuban rebels who were later imprisoned in the United States on charges of murder and espionage during Cuba’s 1990 economic collapse.

Bernadine Williams (Alfre Woodard), a death row prison warden, has spent years carrying out executions and, as she prepares to execute another inmate, Anthony Woods (Aldis Hodge), she is forced to grapple with the emotional and psychological toll her job has taken over the years.

Written and directed by Drake Doremus (previous films include Like Crazy and Equals), Endings, Beginnings follows Daphne (Shailene Woodley) as she attempts to get her life back on track, but gets caught in a love triangle with sensible Jack (Jamie Dornan), and his bad boy best friend Frank (Sebastian Stan). The film is co-scripted by novelist Jardine Libaire and is semi-improvised. Endings, Beginnings aims to be a profound exploration of love and heartbreak and its world premiere will be at the Toronto International Film Festival.

Honey Boy is based on the tumultuous childhood of Shia LaBeouf — who pens the script in his screenwriting debut and portrays his own father — and stars Lucas Hedges and A Quiet Place’s Noah Jupe.

Directed by Alma Har’el (who helmed the film Bombay Beach), the film examines LaBeouf’s relationship with his abusive father and early years as a child actor. Honey Boy has received critical acclaim since its world premiere at the Sundance Film Festival in January 2019, praising its fearlessness and strong acting performances.

Described by Bong as a “comedy without clowns and a tragedy without villains,” the film follows Ki-taek (Song) and his family, and their peculiar interest in the wealthy Park family. The film has been universally lauded during its festival run.

Reluctant boxer Lion (Jack O’Connell) is managed by his brother Stanley (Charlie Hunnam) but, when the pair suffer a devastating loss, they must travel across the country for one last fight. However, they have an unexpected travel companion, Sky (Jessica Barden), whose presence begins to expose cracks in the brothers’ bond.

Directed by Max Winkler (Ceremony and Flower), this upcoming drama is scheduled for its world premiere at the Toronto International Film Festival.

Pedro Almodóvar’s latest follows Salvador Mallo (Antonio Banderas), an ageing filmmaker facing an uncertain future and questioning the choices he has made that have led to his troubled, yet highly successful life.

Pain and Glory made its debut at the Cannes Film Festival in 2019, where Banderas won the Best Actor award and Alberto Iglesias won the award for Best Soundtrack. The film has been hailed as a return to form for Almodóvar and was selected as the Spanish entry for the Best International Feature Film award at the 92nd Academy Awards.

‘Just Mercy’ is an autobiographical film — directed by Destin Daniel Cretton (Short Term 12) — about the powerful true story of lawyer Bryan Stevenson (Michael B. Jordan) who goes to Alabama to defend the wrongly convicted, one of which is death row inmate Walter McMillian (Jamie Foxx).

Based on the book by Stevenson, the film also stars Brie Larson, Rob Morgan, Tim Blake Nelson, O’Shea Jackson Jr. and Rafe Spall. Just Mercy will receive its world premiere at the Toronto International Film Festival and is scheduled to be released in January of next year.

After his spooky debut film The Witch (2015), director Robert Eggers returns with a different kind of horror. The Lighthouse, starring Willem Dafoe and Robert Pattinson. Shot on 35mm black-and-white film, this psychological horror follows two lighthouse keepers as they grapple with their loneliness and begin to lose their sanity at the turn of the 19th century.

The film had its world premiere at the Cannes Film Festival in May 2019, and received widespread acclaim, with critics noting Dafoe’s and Pattinson’s performances in particular.

Saudi director Haifaa Al-Mansour (Wadjda and Mary Shelle) returns with A Perfect Candidate, which follows Maryam (Mila Al Zahrani, in her debut performance), a small-town Saudi doctor who decides to run for local council as she is fed up with the limits placed upon her because she is a woman.

Mansour became known as the first female Saudi filmmaker and her 2012 film, Wadjda, was the first film to ever be entirely shot in Saudi Arabia. The Perfect Candidate was selected to compete for the Golden Lion award at this year’s Venice International Film Festival.

MORE MOVIES:
– 10 Best Romance Movies of the 2010s
– 15 Best Japanese Movies of All Time
– 20 Best Post-Apocalyptic Movies You Should Watch