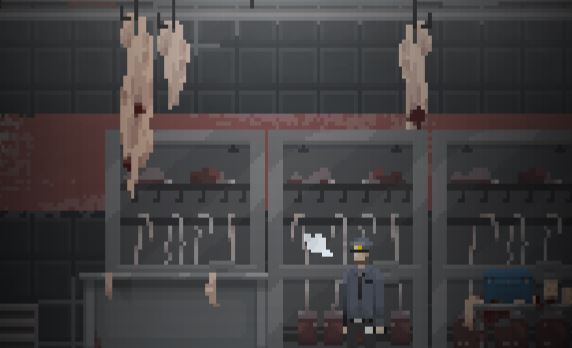 Uncanny Valley is a game I should really love.

It ticks all of the boxes for what I look for in a throwback indie game. It has atmosphere, respect for its inspirations, and a style that instantly connects. Despite those ingredients grabbing my attention, however, the final product failed to build on my early interest, which eventually turned to frustration and even resentment.

Initially released on PC, Uncanny Valley’s port to Xbox One (and also PS4) feels like a cumbersome one. The controls don’t smoothly translate with the D-Pad being used for movement while the left stick guides menu interfaces; this creates a lot of unnecessary fiddling that is hard to get used to, especially as it’s different from the modern norm. Even hours into my playthrough, I still found myself cursing the system and wishing it was implemented differently.

Uncanny Valley’s early sense of mystery is what helps the player to look past its awkward transition. Playing as Tom, who is plagued by surreal and terrifying dreams, you start your new job as a security guard at an ominously empty facility in the middle of nowhere. You’re greeted from the train station by Buck, your comedically overweight colleague who lazes off at every opportunity, and given a quick tour before you’re thrust into the demands of your new position: patrolling the facility and making sure nothing is out of place. 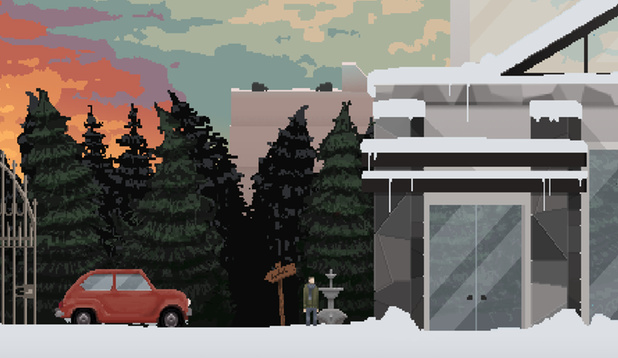 As this is a survival horror game, things go awry, but not before you wade through long periods of nothingness. You wake up, put on your uniform, and make the walk to the facility for your shift. While there, Tom can talk to another colleague, Eve, who keeps the place clean, or collect tapes to discover more about the background of the facility. These tapes are interesting enough and do a good job of providing exposition, though it would have been better to listen to them at will rather than in one room of the facility, especially as each shift only lasts seven minutes.

Most of that seven minutes will be taken up by travelling from room to room as Tom may have been a sloth in a previous life; his stamina is woeful. It’s a constant source of frustration that he’s unable to run from one side of the screen to the other without having to catch his breath, made all the more irritating by his slow speed when walking. This is clearly by design so that the player appreciates more of their surroundings and is an effort to build tension, but it’s a trend within modern horror games that repels players more than it endears.

Once your shift is over, you can go home or take your chances on further exploration as Tom will pass out from fatigue and awake in his bed. No matter what, he is still haunted by monsters in his dreams, creating vivid scenes of horror that work wonderfully with the pixelated art style – it’s a shame that the rest of Uncanny Valley can’t match these scenes for originality or visual impact.

The monotony of working shifts is eventually broken up, thrusting you into a more action-orientated game instead. This is where one of Uncanny Valley’s more interesting mechanics shines through: the consequences of your earlier actions. For instance, depending on how you play, you may be left with a broken arm, which will impact how you stave off attackers at a later point. When you combine these handicaps with the onslaught of horrors, the game becomes a twitchy and heart-thumping delight, though the rest of what’s on offer hinders your enjoyment, particularly the unfurling of the narrative.

The snail’s pace of Uncanny Valley’s early stages isn’t conducive to multiple playthroughs, something that developers Cowardly Creations insist you experience. To get the whole story, you will need to play the game plenty of times and sit through the same sluggish opening sequences over and over, rather than picking the action up during your first shift. Considering how easy it is to “beat” the game thanks to the endings that are regularly triggered when you aren’t expecting them, what sounds like it could have been a novel idea ends up being a brick wall that the player needs to constantly drive through.

Thanks to its patchy transition to console and a mystery that’s more trouble than it’s worth to properly uncover, Uncanny Valley is a hard game to recommend. What the developers were striving for is obvious and it’s commendable that a small studio would even try it to begin with, but the actual execution of their ideas will likely leave you frustrated.

Verdict
An interesting premise and superb art style doesn't do enough to distract from Uncanny Valley's many missteps.
4.5
Cultured Vultures is a pop culture website established in 2013 covering all things gaming, movies, and more. We eat your words.
All The News On The Biggest Games