I swear to God, I'm a professional. 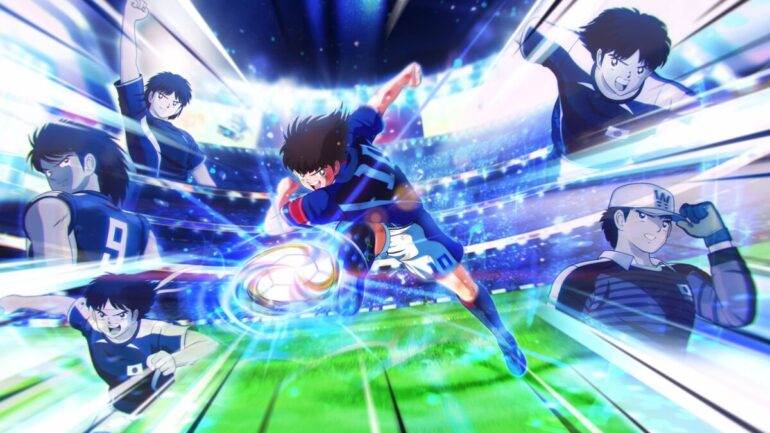 Bandai Namco very kindly offered to send us a customised Captain Tsubasa: Rise of New Champions customised jersey, which is currently available on their official website to pre-order ahead of the game’s launch on Friday. Normally, we’d do this as an unboxing video, but considering my technological expertise and tools (and overall aesthetic, apparently) are bordering on “caveman” at best, I decided to improvise. Presenting: a written word unboxing of Captain Tsubasa’s New Hero jersey, with some pictures.

After recruiting my mum to take pictures of me opening a box for the internet, who both semi-understands what it is I do for a living and spent the entire time fussing about what internet strangers would think about the house, I got to work. The results are, well, they’re a bit unflattering for me, let’s just say that. 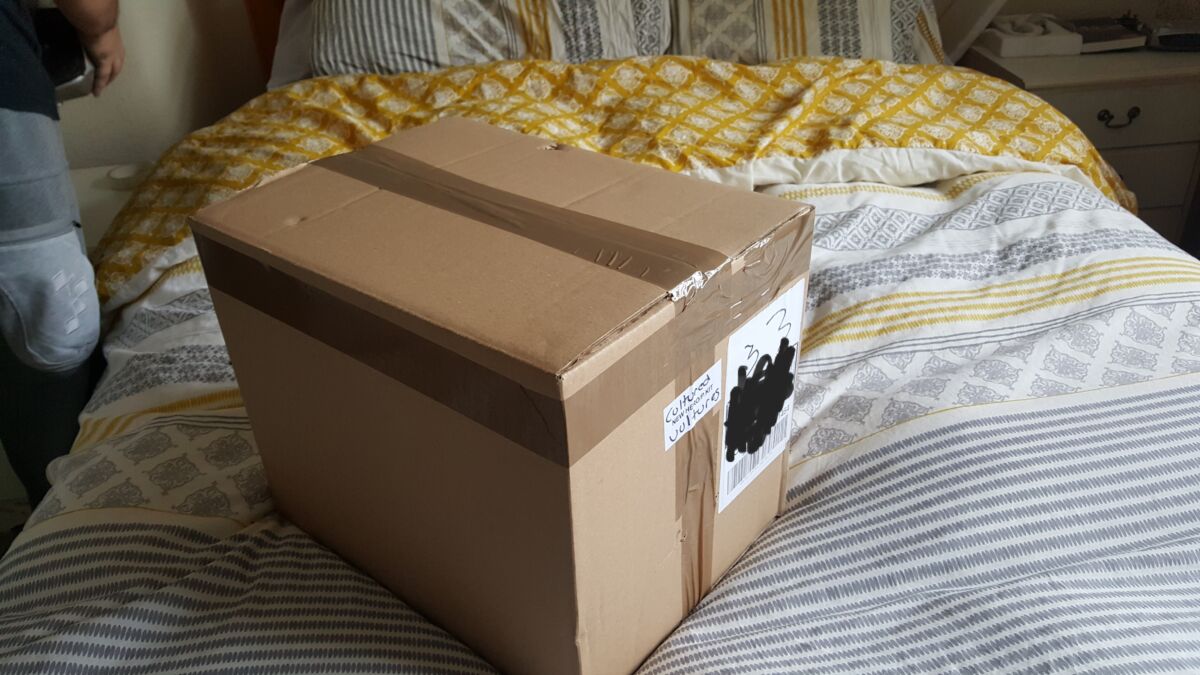 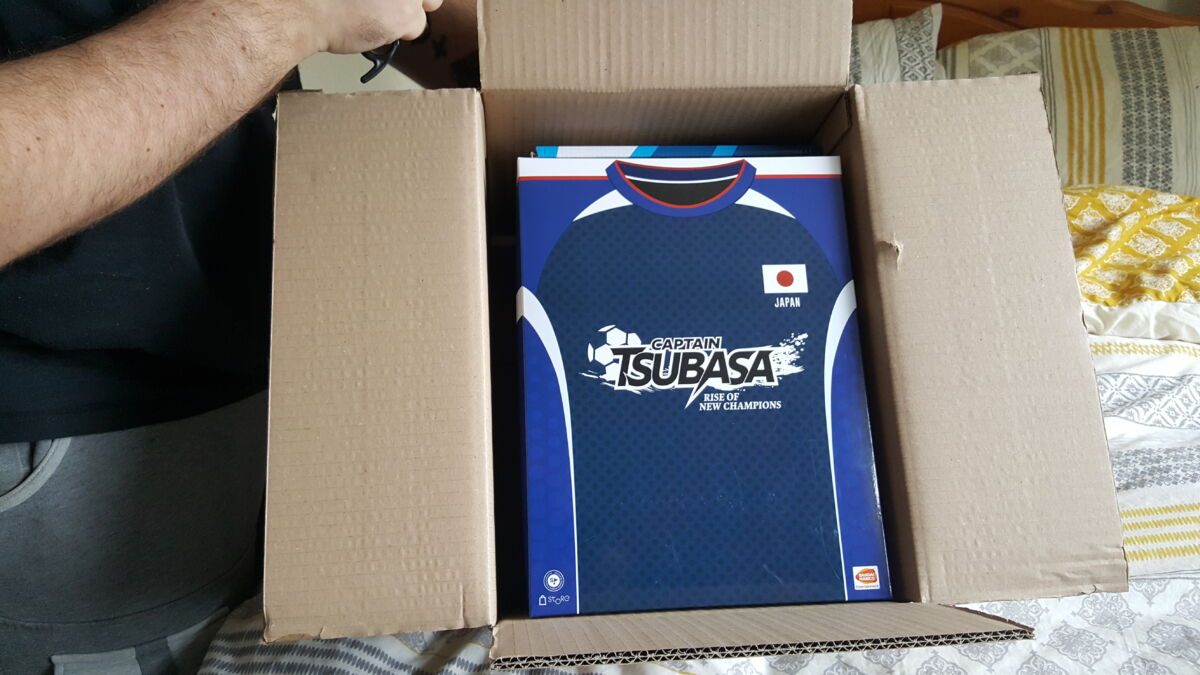 The box that the goods came in was surprisingly large, considering that all I was told was that I’d be receiving a jersey. What secret goodies could be hiding within the confines of the poo-coloured cardboard? Let’s find out.

The contents were spread across two branded boxes, the smaller one containing the jersey while the larger one contained a football and scarf. Upon seeing the ball, my mother decided that it’d make a perfect toy for her two little french bulldog hellions, at which point the ball and scarf were swiftly boxed away, never to be seen again. 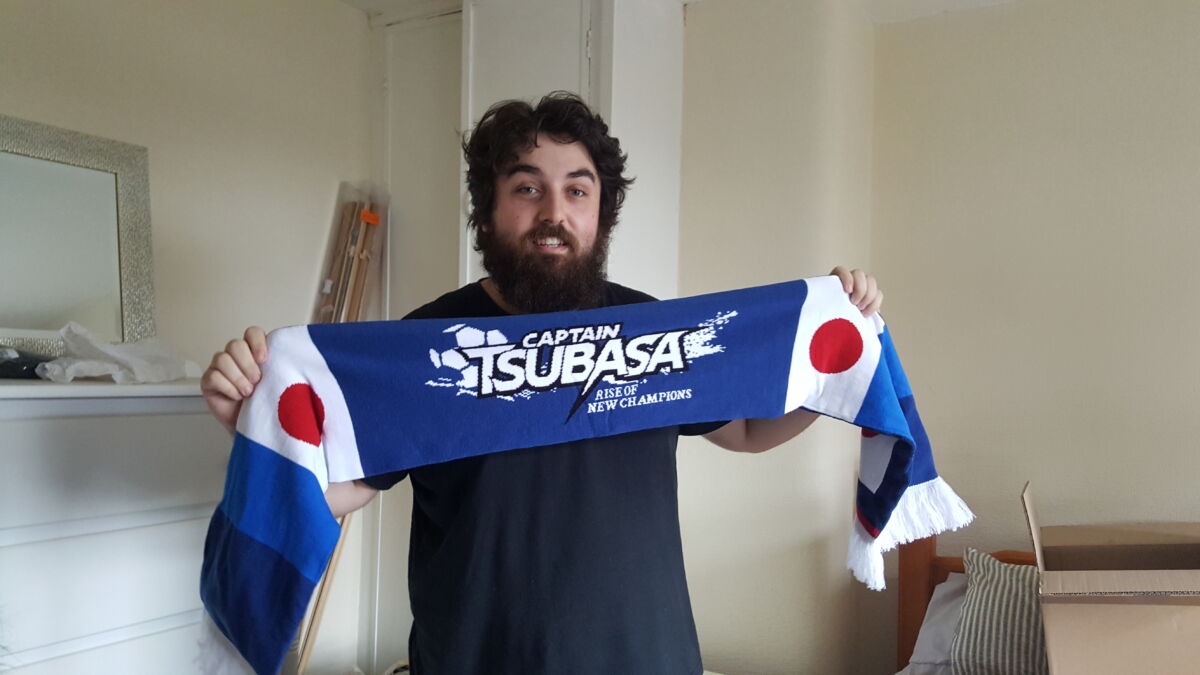 The ball and scarf both felt high quality, though I’m not sure why you’d want to use a special edition football to go for a kickabout with your mates. It’d certainly make a great display piece though. As for the scarf, it should help keep you warm in the winter or when you’re finally able to watch football matches at the stadiums again, while also signalling to everyone in the vicinity that you’re a bit of a weeb. 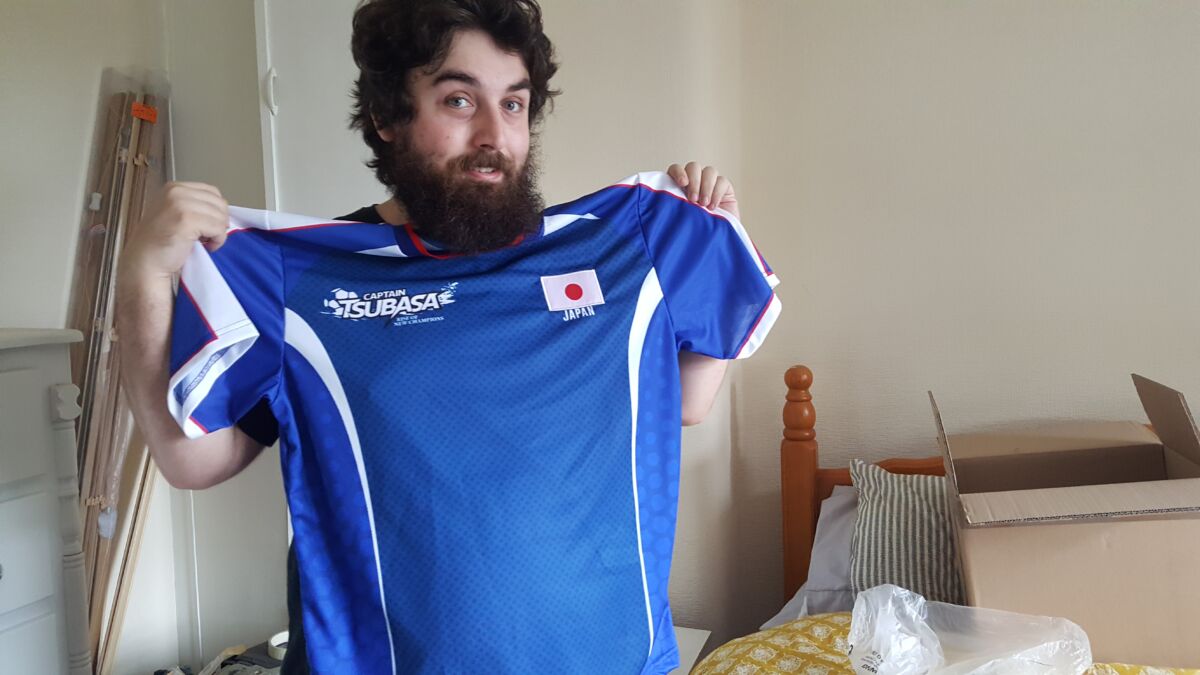 As for the jersey, it’s a recreation of the franchise’s Japanese kit, though it came complete with my name on the back of it because who hasn’t fantasised about being in a football team once in their lives? My dreams were quickly dashed once I found out I had the same level of footwork as Hershel from The Walking Dead, but that’s another story. 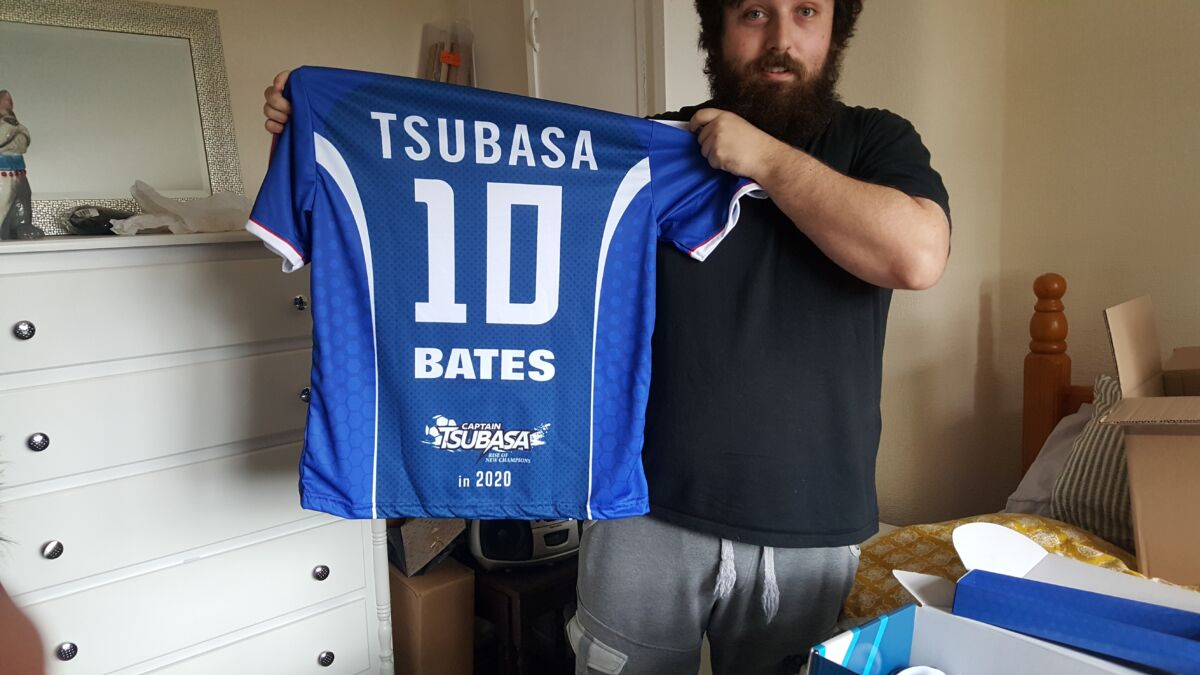 Unfortunately, the jersey didn’t quite fit my ample frame even at 2XL; my giant man tits and love handles struggling to be contained by some fabric and bits of string. I could show you pictures of it, but I think we’d rather spare the both of us that indignity. Regardless, it’s a standard practise for football shirts to be a little tight, and it’s an excuse for me to lose some bloody weight. Still, even if your jersey doesn’t fit, it’d still look good framed on your wall.

If you’re looking to pick up some Captain Tsubasa: Rise of New Champions merch, these items should serve you well, especially if you’re planning on using them to display in your house. Just be careful if you’re a little bit on the heavier side and looking for some new merch to wear. You might not find what you’re looking for.