Triple Frontier is a tense and engaging time that takes a fairly basic concept and executes it very well. 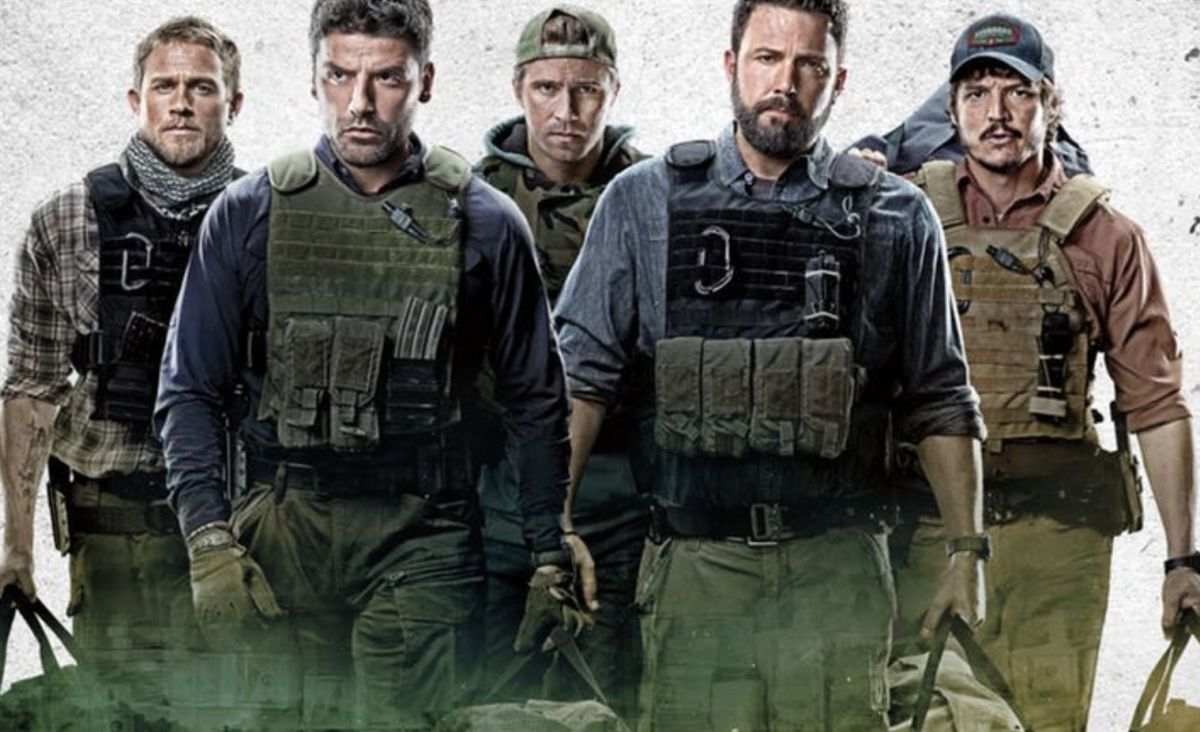 Triple Frontier tells the story of five former special forces operatives who reunite to steal a drug lord’s hidden stash of money in South America. Despite carrying out a reconnaissance mission beforehand, things naturally turn sour and the elite group are thrown from one perilous situation to the next, as they try to escape the jungle with their lives and their newly acquired cash.

Triple Frontier is listed under the genre of action thriller and it is clear why, as it throws us straight into the action right at the start, as we see Santiago Garcia played by Oscar Isaac taking part in a drug bust in South America. The opening sequence packs a punch, immediately providing viewers with something exciting and thrilling straight off the bat.

READ NEXT: 15 Best Animated Movies You Should Watch

After an impacting intro sequence, things slow down a little bit, as we are introduced to the four other characters that make up the five professional protagonists of the piece. It is a strong cast with heavyweight actors such as Ben Affleck and Pedro Pascal as well as upcoming and promising talent in the form of Charlie Hunnam and Garrett Hedlund.

Oscar Isaac is always brilliant in my opinion and this is no exception in Triple Frontier. In many ways, this is a heist film and it follows the well established tradition of having an initial series of scenes where we see one character trying to convince a number of other characters to take part in their scheme. Although enjoyable to see this cliché play out, I did find the characters themselves a bit one dimensional and the dialogue a little weak. Fortunately, they become more fleshed out and well developed later on in the film.

The cinematography and camerawork is sublime with some amazing shots of the South American jungle and mountains. As well as the locations being beautifully captured, there are some excellent camera shots during the intense action sequences of Triple Frontier. The smooth pans and long tracking shots really enhance these scenes and there isn’t a moment when the focus on the action drops.

The editing and pacing is top notch, doing a tremendous job of racking up the tension by slowly building the suspense. A lot of action films fall into the trap of using really fast editing and lots of different shots to keep a quick pace and momentum to provide unrelenting adrenaline fuelled action. Often, though, it can result in a film being so frantic and chaotic that it is actually hard to know what is going on; Quantum of Solace being the prime example. Triple Frontier opts for a more effective approach. It gradually builds up to the action with lingering shots and long cuts and then delivers the shocking and high octane content.

In a lot of ways, Triple Frontier is presented like a war film. The setting of the lush South American jungle serves as the perfect backdrop and the sounds of insects and rain are amplified and increased much in a similar way to classics such as Apocalypse Now and The Thin Red Line. The creeping tension and sudden action is another aspect that is a familiar technique in war films and the soundtrack includes old favourites such as Creedence Clearwater Revival, which is a staple song for jungle warfare.

The idea that money and greed make people do stupid and unthinkable things is a classic narrative arc and although it has been tackled many times before, Triple Frontier does it well enough to get away with it. It is a theme that is very important to the story and sets into motion much of what goes wrong for the team. It is a nail biting watch as they try to flee with the money and run into all kinds of danger and trouble along the way. The action sequences are excellently crafted and a thrill to watch and, alternatively, there is enough drama and character study to give it a little more depth. A bit more backstory on the characters would have been nice to get a closer insight into how they tick. But the main focus of the film is to thrill, excite and surprise and Triple Frontier certainly does that.

Verdict
Triple Frontier is a tense, exciting and dramatic action thriller that takes a fairly basic concept and executes it very well. A little more character development would have been nice but the polished cinematography, editing and soundtrack more than make up for it.
8
Cultured Vultures is a pop culture website established in 2013 covering all things gaming, movies, and more. We eat your words.
All The News On The Biggest Games