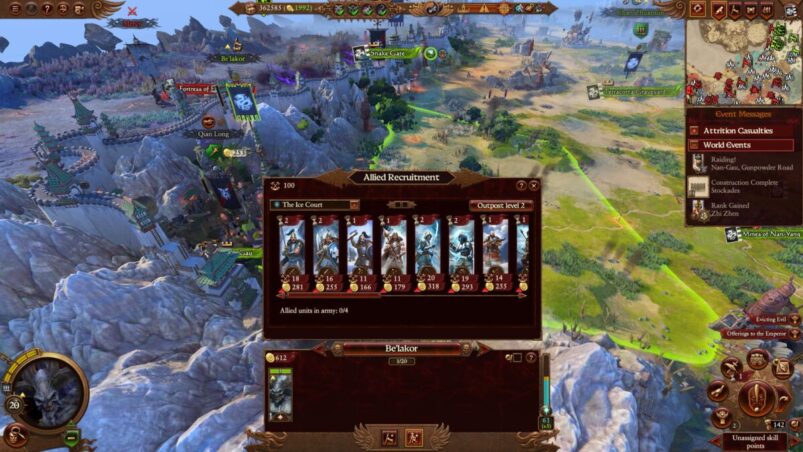 Total War: Warhammer 3 features a new and improved diplomacy system, which gives allies more to do and gives players more active control over their diplomatic comrades-in-arms. Creative Assembly included a resource to help clearly delineate the boundaries and limitations of this system, utilizing the new resource – Allegiance. Here’s how you can get this resource and invest it in your allies in Warhammer 3.

When players first ally with a faction, their Allegiance will start at zero. However, each alliance provides a passive income that will build up the Allegiance pool over time.

The passive income for Defensive Allies is two Allegiance per turn, though there are landmark buildings scattered over the entirety of the map that can increase Allegiance gain by a percentage, such as Grand Cathay’s Grand Embassy in Shang Yang. You will only ever be able to store 100 Allegiance per ally.

The only active way to earn more Allegiance is to embark on Ally Missions. Defensive and Military Allies will offer targeted missions, usually to eliminate a troublesome army, for a reward of some Allegiance points.