Coming Back To Tony Hawk’s Pro Skater After 20 Years

Times change in more ways than one. 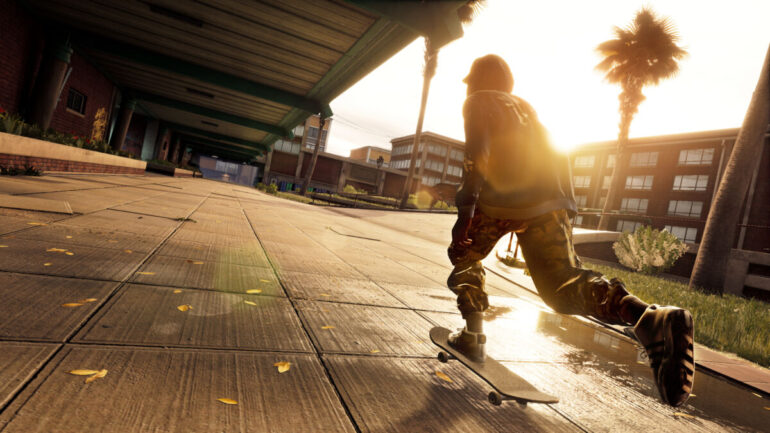 It was also intensely addictive. With plenty of tasks and goals to guide players along to learning the game’s mechanics, even the most hopeless of gamers would be grinding and flying off of half-pipes in no time. Certainly what made Tony Hawk’s Pro Skater a phenomenon, though, was the endless appeal of the high score.

The same driving force that first made gaming so popular in the arcades of the 70s and 80s, the high score is a well known badge of honor for any game that utilizes it effectively. In the late 90s and early 2000s, countless high school and grade schoolers would anxiously learn their friends’ high scores before heading home to try and top them. The kid who had the highest score of all was a giant among his or her friends, if only for as long as it took for someone to finally best them.

This feature is still Tony Hawk’s (as my friends and I so affectionately called it) most defining feature 20 years later. Anyone who has taken the dive on the recent Tony Hawk’s Pro Skater 1 + 2 collection will no doubt agree that endlessly chasing their last high score and learning the tricks that put the best players’ scores into the millions is still wildly addictive today. Unfortunately, it can also be very frustrating.

What a lot of gamers who are returning to this franchise after an extended hiatus (like yours truly) have had to learn the hard way is that Tony Hawk’s Pro Skater has a pretty steep learning curve, despite the simplicity of its mechanics. Stacking up points by linking together simple tricks will only get you so far, and the journey to reclaiming your former glory will not be without some frustration along the way.

An irony I often consider as a gamer is the juxtaposition between youth and middle age. When we were kids we had endless time to play games and would replay them over and over because we only got a new one every so often. As adults, we have the money to buy more games but our lives get busier with each passing year, leaving less time for our favorite hobby. This dichotomy is especially prevalent with a game like Tony Hawk’s Pro Skater.

This was the sort of game that kids would spend an entire Saturday afternoon on without getting bored. My friends and I must have literally put hundreds of hours into the first game in the franchise alone, and that led to us nailing down some pretty hefty scores. Alas, while some of the muscle memory has survived from those bygone days, not much else has.

Players who share a similar history with this franchise will likely find themselves getting a nasty reality check when they boot up Tony Hawk’s Pro Skater 1 + 2 for the first time. The amount of time your skater of choice will spend falling on their asses over and over again is downright embarrassing and can nearly put you off the whole experience to begin with.

Further, with less time in our busy lives to grind away at relearning the mechanics, some players might question whether there’s even a point any more. There was certainly a time or two when I was having the grown up version of a temper tantrum in front of my daughters where I thought of throwing in the towel. “Why are you playing it if it makes you so angry, daddy?” asked one of my daughters last week. The only real answers I could come up were pride and stubbornness: I wanted to be as good as I once was, and I wouldn’t stop until I was.

For what little it’s worth, after a week and a half of playing the game nearly every night after work, I’ve finally made it there. Last night I nailed a grind in the infamous Warehouse that netted me nearly 200,000 on a single trick, and I finally feel like I’m getting my mojo back. The joy this small achievement has brought me is incredible and well worth the time and frustration that I’ve put in along the way.

So, if you, like me, have fond memories of Tony Hawk’s Pro Skater from two decades ago, just know what you’re getting yourself into with these remakes. Like your Bloodbornes and your Celestes, there are going to be a lot of times with this collection when you’re going to want to throw in the towel. However, the fact that you don’t and you keep coming back, keep striving to improve, that’s not just the mark of a great game, it’s also the mark of a worthwhile experience.

READ NEXT: Tony Hawk’s Pro Skater 1+2, Skinned Knees & The People We Used To Be