Tony Hawk’s Pro Skater 1+2, Skinned Knees & The People We Used To Be

A brief essay on nostalgia. 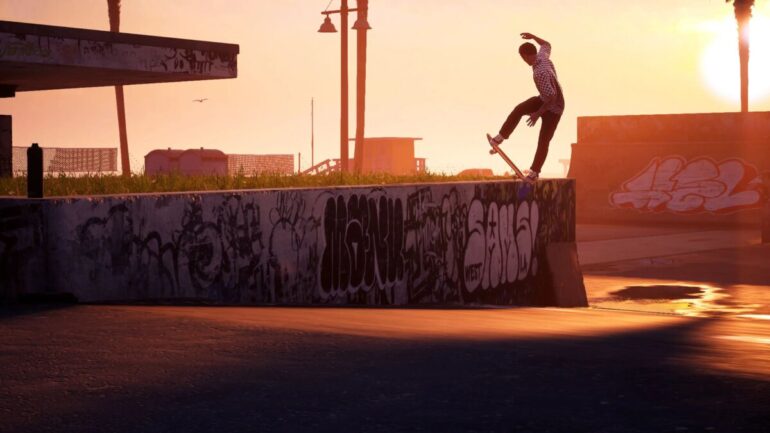 The year is 2000. I am in first grade. I go over to a friend’s house and play Tony Hawk’s Pro Skater on his Playstation. This is a historic moment for me, because I do not own any video games myself, and this day is my first exposure to them. Between Super Smash Bros. on the N64, and Tony Hawk’s Pro Skater on the PS1, today is the day I meet video games for the first time, and I could not have picked two better titles to introduce me to this strange new world. Both of these games have been out for over a year, but I don’t know that. The future has finally arrived for me.

Enamored by the thrill of shredding up a half-pipe with the press of a button, I beg my parents for a skateboard for my next birthday. They come through, and we set up some makeshift ramps in the driveway. I grab my new board with reckless abandon, go for my first ollie, wobble, fall over, and skin my knees.

My new skateboard quickly becomes ornamental. In the real world, it becomes clear that skateboarding isn’t quite so accessible as it is in Mr. Hawk’s digital skate park. On my friend’s TV screen, I can hit massive combos without breaking a sweat, and when I goof up a combo and wipe out, I’m back on my feet in no time, no pesky pain to discourage me. 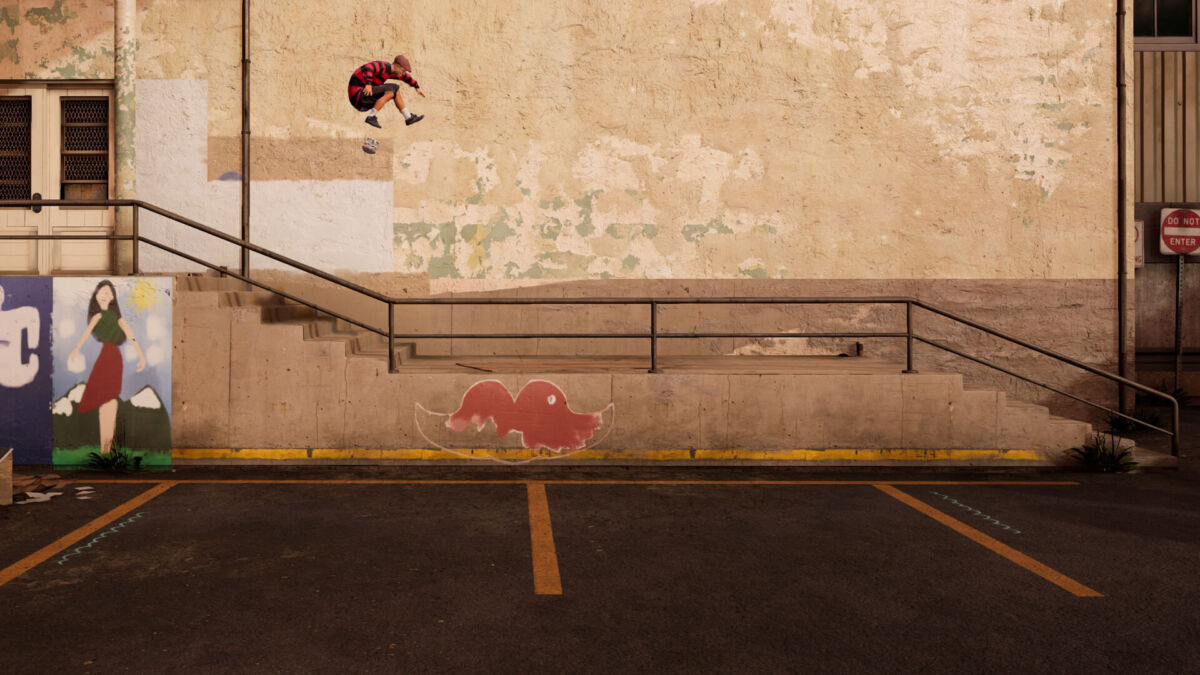 The year is 2020. Tony Hawk’s Pro Skater 1+2 is released for modern consoles. I buy it, thrilled to revisit the smashable warehouses and secret tapes from yesteryear. I fire it up, sit back, and immediately beef a kickflip as my virtual skater stumbles and slides on the concrete. In real life, in my chair, I wince and grit my teeth. My real, tangible knees, now 20 years older, clench in sympathetic pain. The thought of skateboarding in real life, in my current physical body, fills me with inordinate dread. I put the game down for an hour.

So, what happened here?

In the 21 years since the original release of Tony Hawk’s Pro Skater, gaming, and the world, has changed an inordinate amount…obviously. While you’re likely aware of all the changes that have happened in world events, let’s look at the gaming side of things: video games are much more complex creations now, with more sophisticated programming, more nuanced narratives, and higher image quality (Tony Hawk’s digital avatar has a real face now, as opposed to the smear of polygons he had before).

It’s not like Birdman-associated video games have been absent for two decades — it’s just that it’s been a while since the release of a Tony Hawk-branded game that people more or less actually liked. Returning to Pro Skater 1+2, I find a system that may not have been perfect, but was certainly intuitive and accessible in all the ways that mattered. Returning to this system now, after juggling endless skill trees in Ghost of Tsushima or reckoning with the violent darkness within us all in The Last of Us Part II, is like returning to one’s home town after years away. 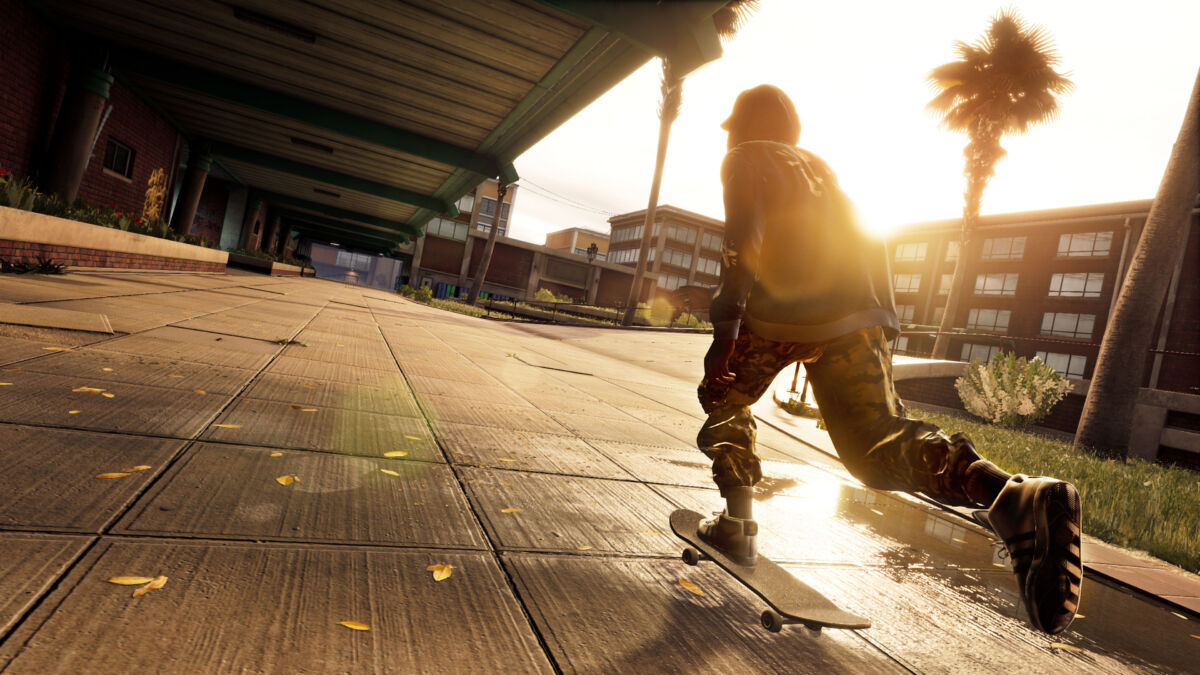 Time has certainly passed, for video games, and for us. This is not a moment of time travel. I am not seven again, bright eyed and enthusiastic and snared by the alluring bright lights on my friend’s TV. I am who I am now. I have lived, and I have played other video games and had other experiences since the last time Mr. Hawk and I shared the Warehouse.

The time away has done me good, because now I can appreciate the cleverness of Pro Skater’s design. The various areas you shred through are not the vast, sprawling, open world maps that have come in vogue — they remain, as ever, densely layered gardens-in-a-box, jam-packed with inviting architecture, similar to the equally crowded levels of Super Mario 64.

It’s a welcome change of pace from, say, the wide-open spaces of Breath of the Wild, where the adventure has to be sought out and hunted down. The secrets are stacked on top of each other, waiting for you to deduce the right half-disguised ramp to ascend their heights. It’s a refreshing change of pace, a throwback to a style of game design that had more technical limitations, and responded to said limitations with clever innovation. 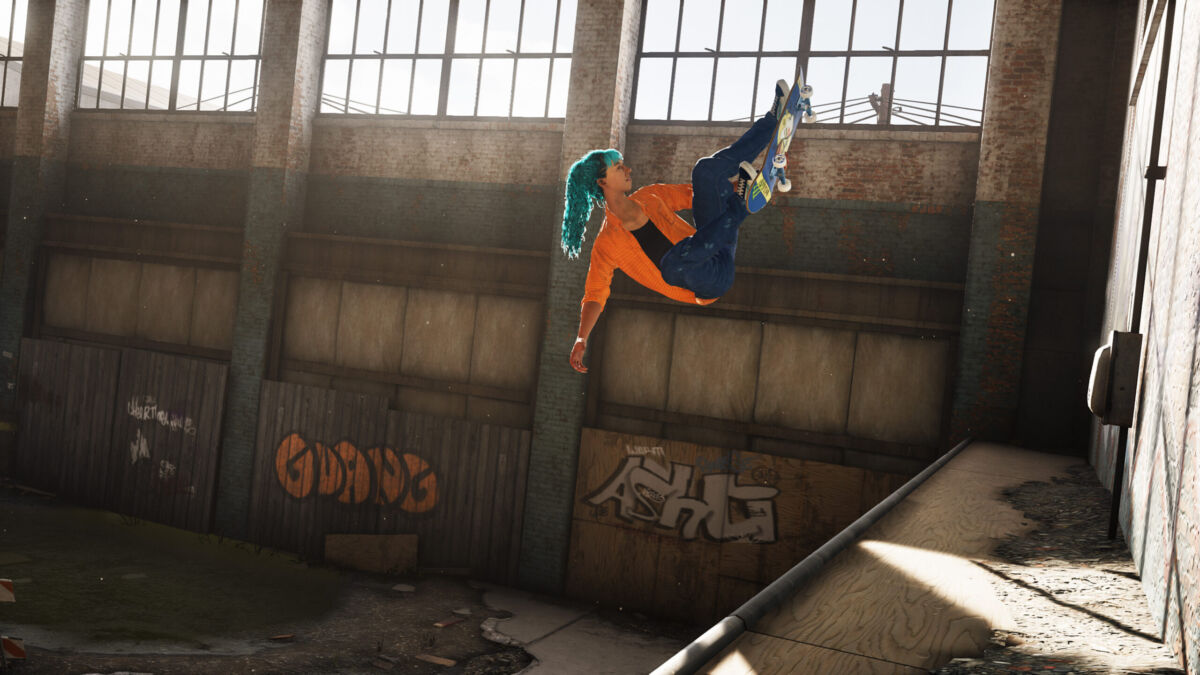 The remake’s increased visual fidelity means that all these repurposed and unexplored spaces are realer than ever. For one, that makes the wipeouts and spills hit different, because I myself have had a lot more spills in real life, making the virtual ones feel more resonant than ever. Skating around a high school hits differently a decade removed from one’s Homecoming days — it’s no longer an act of youthful rebellion, but an act of literally retreading old ground.

This game knows a part of its customer base is buying for nostalgic purposes, and the largely throwback soundtrack (with a few well-chosen additions, and also a Machine Gun Kelly song) is proof of the designers’ desire to hold onto the lighting in a bottle from the original games. But again, we aren’t coming directly home again. Songs have been added. Time has passed. We aren’t trying to pretend we’re the same young people we used to be like some ‘How Do You Do, Kids’ Meme. Tony Hawk’s Pro Skater 1+2 keeps its nostalgia in context, and keeps the returning player acutely aware that this is a return, not a recreation.

Nostalgia can often be a dangerous, paralyzing prospect, tempting us to ignore the world around us and neglect our current reality in favor of retreating into the rose-tinted world of our memory. Bob Dylan, in a 1991 interview with Robert Hilburn, said “Nostalgia is Death.” Trying to run after the past will only cause you to tire yourself out as you try in vain to jump back in time, all while the present continues to pull you further away. 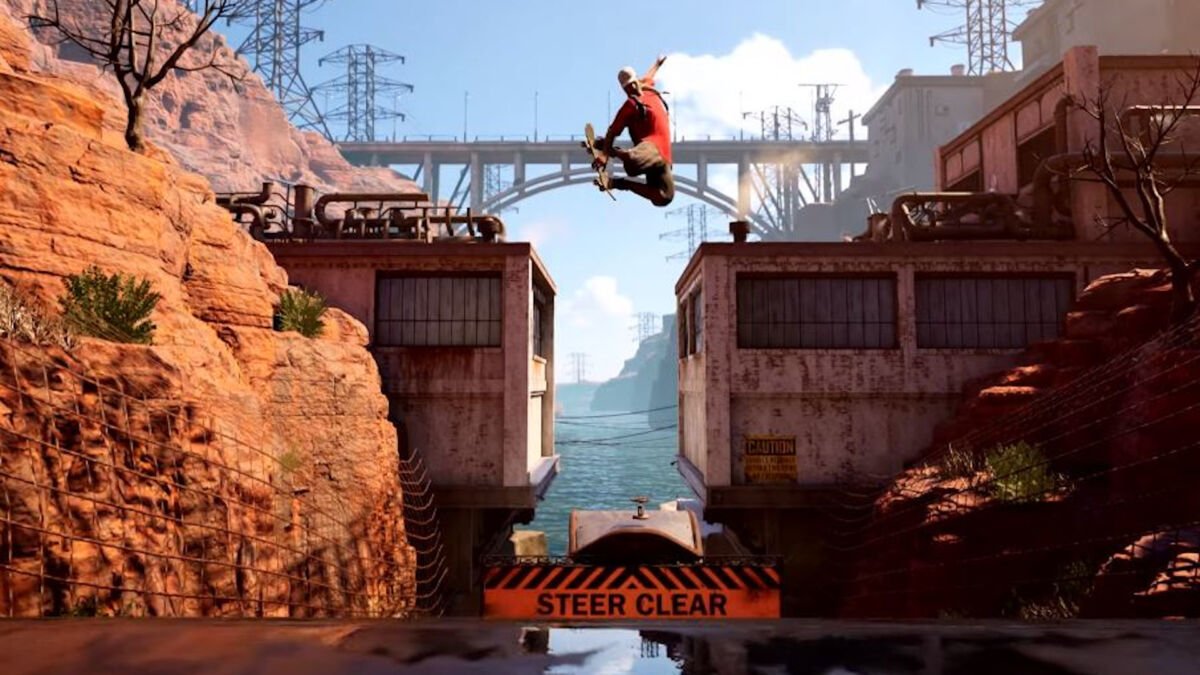 THPS doesn’t exactly attempt to transport us directly back in time, or swaddle us in a warm blanket of what used to be. It wants us to enjoy our memory, yes, but it wants us to keep everything in the right context: The updated visuals and tweaked controls are meant to remind us that the old and the new can coexist. The past fits within the present, after all, because it’s what brought us to the current moment.

The juxtaposition of past and present also means that the world presented in THPS has done some growing up. For example, Tony Hawk and the game makers renamed a trick with an ableist term after its creator, Chris Weddle. In addition, the remake adds Leo Baker to the roster of playable real-life skaters, becoming the first nonbinary pro skater in the franchise’s history, and the third LGBTQ+ skater overall, along with Elissa Steamer and Vanessa Torres. Such updates prove that THPS is willing to adapt and grow with time, instead of just contentedly playing the hits. Time has passed, and the game would be foolish to ignore it.

In the end, this game reminds me of my youth and the kid I used to be, head in the clouds and really thinking I could have a go at skateboarding for real. And to be fair, I could have. I still could learn, if I really devoted myself to the timely and painful process. There is absolutely nothing wrong with pursuing a new passion or trying out a new hobby at any point in your life. But I know myself, and I know my limits, so I know I don’t have that dedication in me.

Returning to the 2000 version of myself isn’t about wringing my hands and saying “oh, take me back, things were so much simpler back then” because, of course, things weren’t simpler. I was simpler, but that’s about it. Instead, THPS1+2 lets the present and the past occupy similar but separate spaces, so we can appreciate the distance we’ve come both technologically and personally. I see my 7-year-old self on my friend’s couch. He is me, but he’s not me anymore. And we’re both having a blast collecting the letters S-K-A-T-E, so everything’s fine, for the next two minutes at least.

There’s an old saying, credited to Heraclitus: “No man ever steps in the same river twice, for it’s not the same river, and he’s not the same man.” THPS 1+2 offers a similar variation on this idea, albeit with a half-pipe instead of a river. Time has passed for the world, and for us, and whether that’s good or bad (likely both), it is just the way time works. Tony Hawk is getting older like the rest of us, living a bizarre counter life where he’s not recognized as himself, according to his Twitter.

Who among us doesn’t feel a little alienated from the self we used to have, a little split from the person we used to be and thought we would be? This change isn’t necessarily bad — it just exists. We have left the past, and we now live in the present. But, to quote William Faulkner, and by extension, the game designers for Tony Hawk’s Pro Skater 1+2, “The past is never dead. It’s not even past.” Faulkner presumably meant to go on and say, “So check out the skate parks I made in park creator, they’re sick.”

Another quote on the passage of time, this one from Fleetwood Mac:

“Well, I’ve been ‘fraid of changin’
‘Cause I’ve built my life around you
But time makes you bolder
Even children get older
And I’m gettin’ older, too.”

Regrettably, Fleetwood Mac’s “Landslide” is not on the soundtrack of Tony Hawk’s Pro Skater 1+2, even though it clearly could serve as a thesis statement for the game. However, the soundtrack does feature a certain song by ska band Goldfinger, entitled “Superman,” which serves as the clearest, most concise conclusion we could ask for: