The latest contender to throw its hat into the roguelike shooter ring is Lazurite Games’ To Hell With Hell. And while it boasts an impressive trailer, it could use more time in the oven before asking us to taste.

To Hell With Hell is a roguelike (or rouge-like as the store page states) twin-stick shooter in the same vein as Nuclear Throne, Enter The Gungeon, and Binding of Isaac without the same refinement or character. The initial concept is good in a low budget comic book kind of way. The eternal king of Hell has been overthrown but thankfully he had the foresight to spread his demonic genes into the world and now has some kids to call upon should it all go to Hell. The plot is thin as it often is in roguelikes but the rapport between Natasia and Asmodius is at least funny. 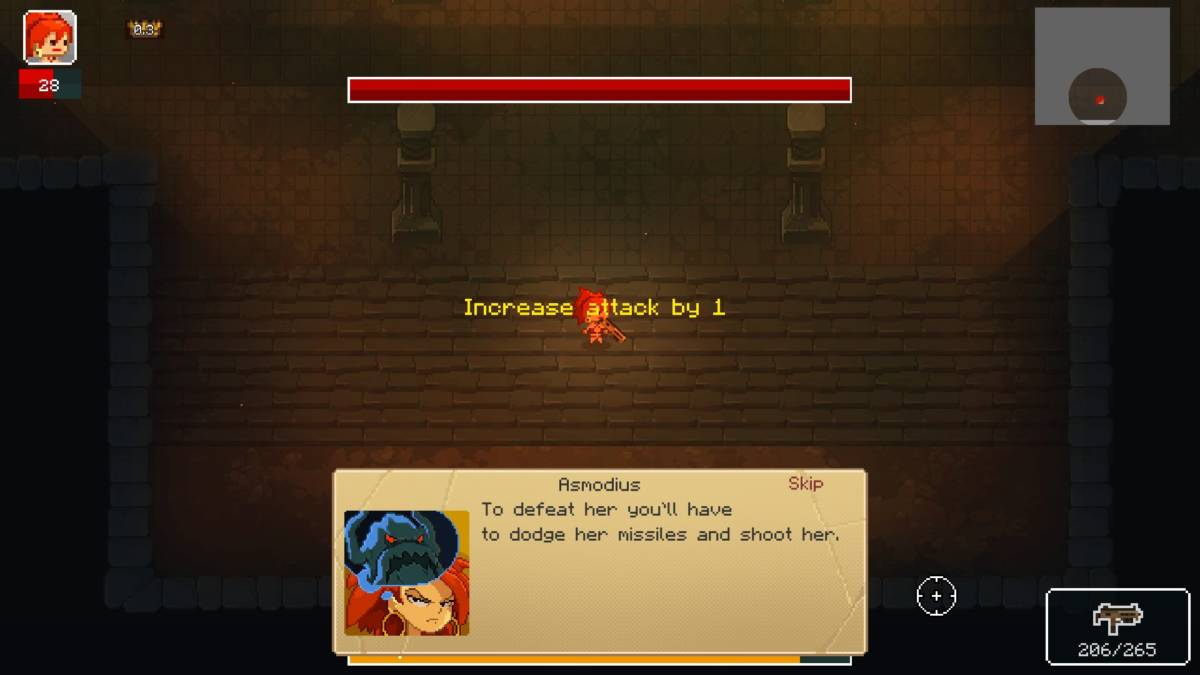 THWH’s big twist on the genre are the masks that Asmodius hid around the worlds. These masks, imbued with primal demons, give you new powers based on them. The ninja mask allows you to Scorpion style rope-hook people over to you, the clown mask allows you to place a random weapon toting lure, and the imp mask passively sets your bullets on fire. The mask variety is pretty limited at this point, though that is forgivable in an alpha.

Each mask also acts a little bit like a shield or a Crash Bandicoot style extra chance. When your mask breaks, it just gets discarded and you can keep going with any other you have or as plain old Natasia. And this is where THWH’s biggest flaw comes through. There’s no moment of invincibility when a mask breaks so damage just rolls over to the next mask. Taking a big enough hit can wipe out all of your masks in one go, leaving you high and dry as fairly useless Natasia. And that damage is pretty hard to notice as there’s no visual identifier that you’ve been hit, no knockback, no flash of colour, just a loss of mask at some point. 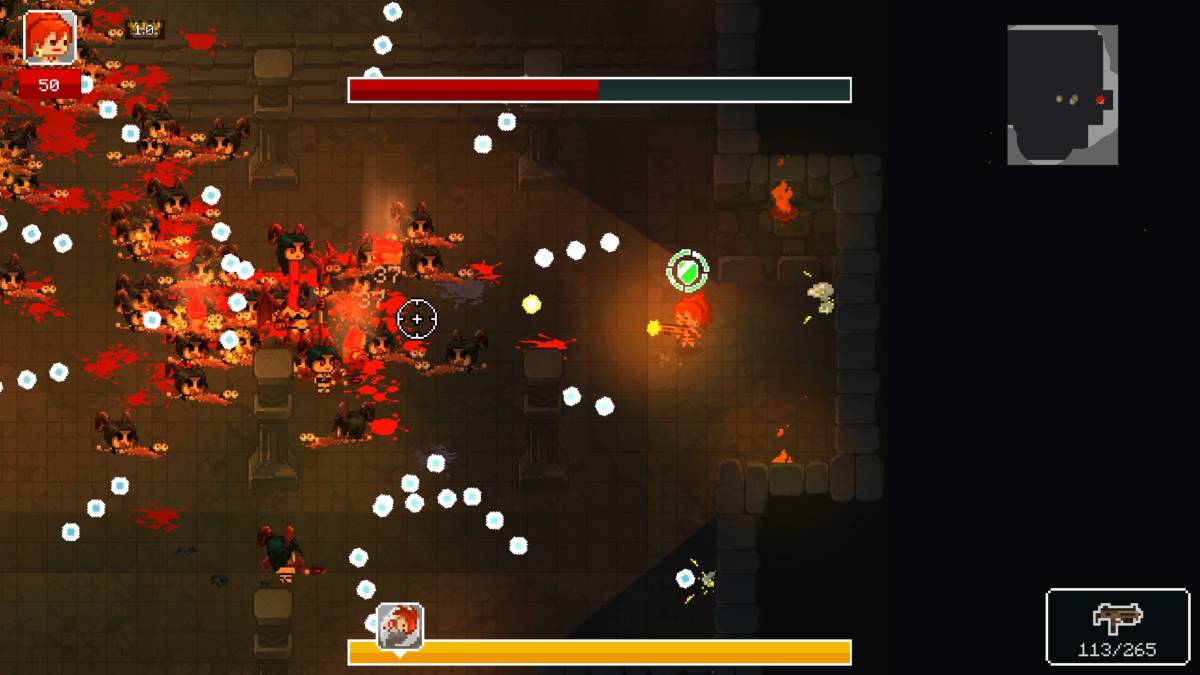 And for the love of God, just give me power ups if I walk over them. Pressing E to pick up ammo packs, health kits (which look annoyingly identical to ammo), and powerups in the middle of a bullet hell is a sure fire way to die. Apply ammo to all equipped weapons and health to all masks instead of trying to attach some sort of resource management there. There is no situation where I will not want the invulnerability, especially as it will disappear if I don’t take it.

Unlike other roguelikes, THWH allows you to save but only 6 times, after which you’re on your own. And while this seems like it might add to the genre, I hated it. If you’ve saved before a level and you lose your masks, it’s better to just get yourself killed and try again. Even losing a good mask can be cause to die and retry. And you’re probably thinking to yourself “isn’t that the point of a roguelike?” and you wouldn’t be wrong. The level randomly generates each time you retry it so there’s no memorisation. 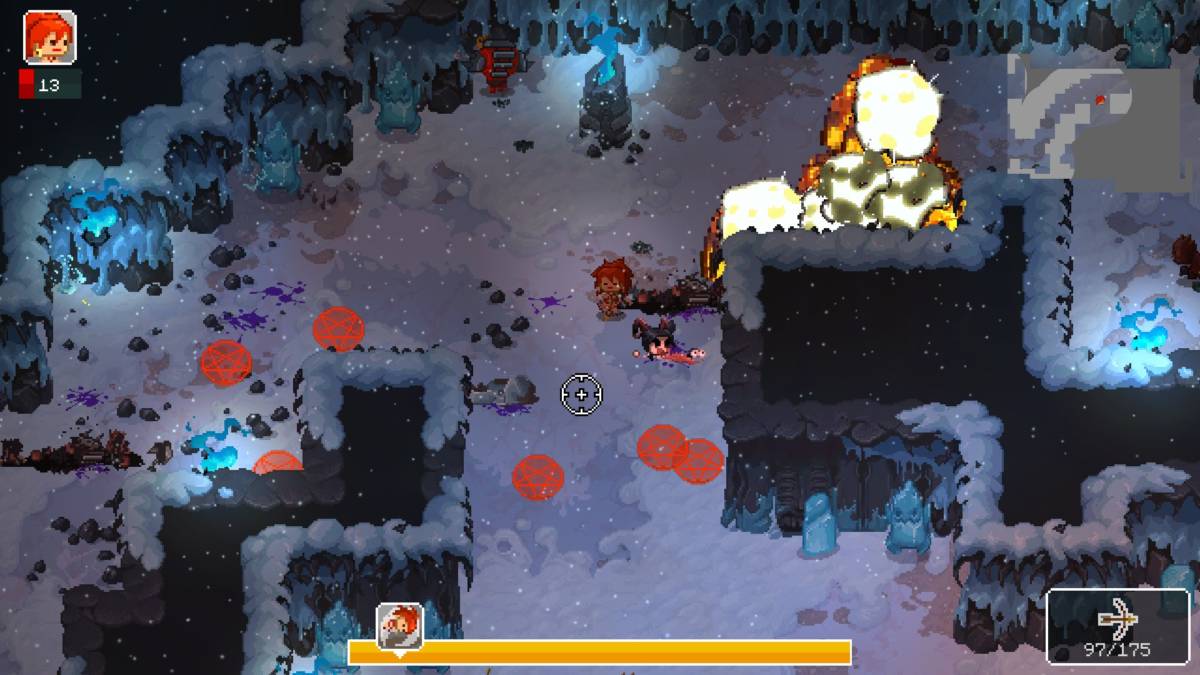 The problem comes if you’ve scraped by a level by the skin of your teeth and get dumped into the next level with a 10hp mask and a dart gun. Imagine sitting down for a game of poker and after 3 hands the dealer gives you a 2 of Clubs then never takes it back. By getting to save, you can put yourself into horrible situations where you’re low on ammo, low on health and are repeatedly put into a losing fight. The reason roguelikes work well is because shit runs come to an end and you get to try again. You get a run up and can learn to do better rather than just bashing your head against a wall.

Graphically, THWH has the whole Hell aesthetic down to a tee. Smouldering bone piles, satanic lecterns, skeletons hanging from the wall; all the set dressings are down incredibly well, which makes it so much worse that the enemies are boring. Of all the enemies in the game, the only one that I actually like is the “evil”, one of the masks that arrives through a portal at the end of a level to try and kill you. It has all the same powers you get with it and it’s genuinely exhilarating to fight. The enemy I hate the most is the fucking goat wizard. The satanic goat wizard spawns a bunch of circles on the ground which explode, then before the smoke has cleared, it’s spawned a bunch more. It’s frustrating and not in a good way. 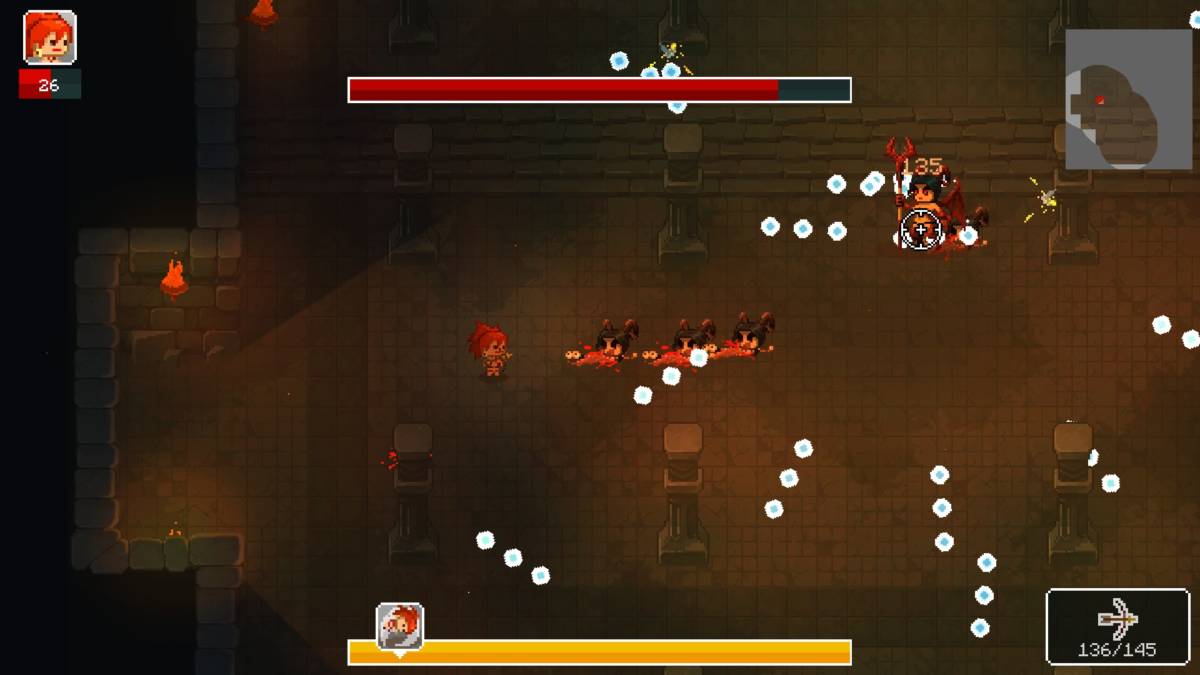 Now, obviously as it’s a bullet hell this is a bit pedantic, but sometimes it’s possible to walk into a room and get torn to shreds because there were a dozen enemies off screen and the ensuing bullet hell is impossible to get out of. I’m not sure if this is by design or an oversight of the level generation but either way, it sucks when it happens.

The soundtrack is middle-of-the-road metal, not quite heavy enough to chase away the non-fans and not quite light enough to scare away the metalheads. It’s fast food metal; bland and uninspiring but you’ll take it because it’s there. All of which is ultimately pointless as it blends into the background so much that I had to keep booting up the game to think of anything to say.

To Hell With Hell is a generic attempt at the roguelike shooter genre that spices things up a little with the bullet hell focus and mask system but ultimately has released too early. With a couple more months in testing to refine all those little niggling problems, To Hell With Hell might be a good game. For now though, to Hell with To Hell With Hell.