The World Next Door has little to offer unless you’re looking for a simple, relaxing experience. 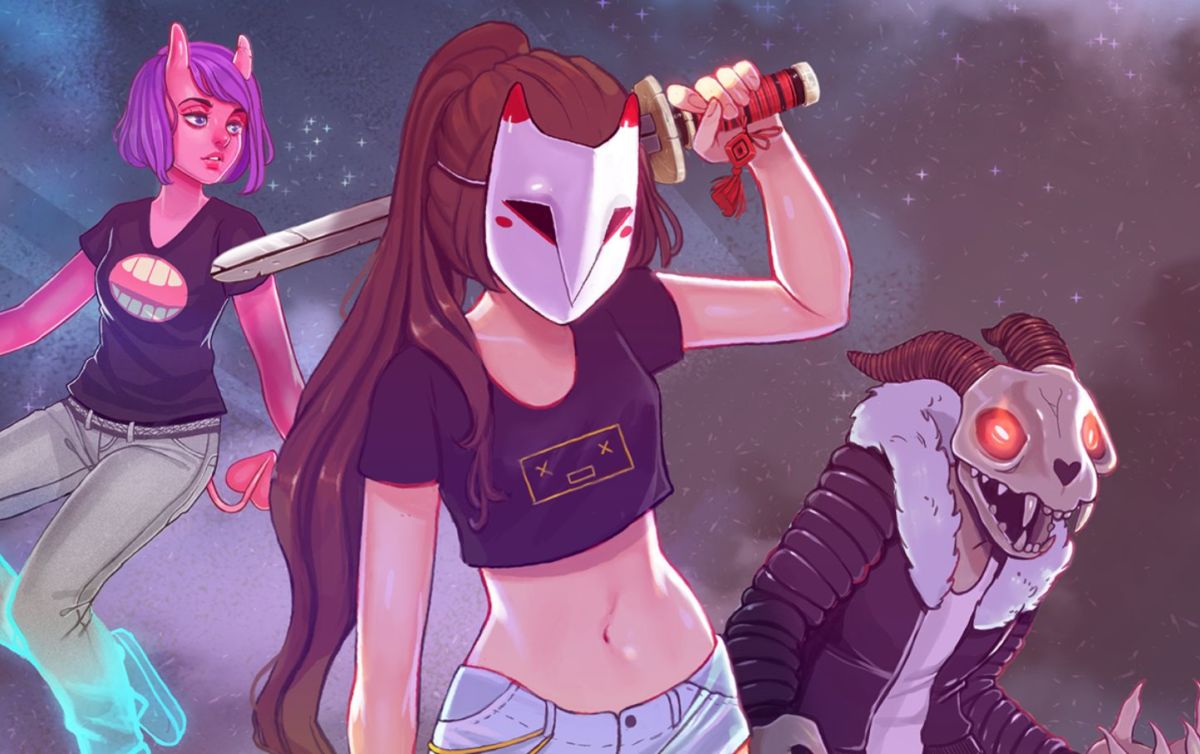 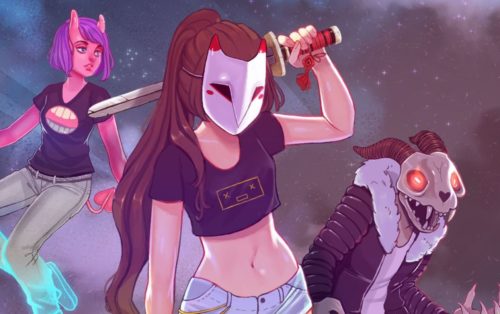 The World Next Door combines a mystical otherworld with smartphones and teen drama. Emrys is a dimension adjacent to our own, where fantastical beings live lives similar to our own, with a magical twist. The teenagers of Emrys aren’t constrained to boring human forms, instead sporting wings, tails, horns, and, in one case, a fiery skull head. They go to school, do their homework, and play sports, but their school is built on a rock floating miles above the ground and their studies focus more on spells and potions than math and science.

Humans have known about the existence of Emrys for millenia, but the ancient portals that connect the two realms only open once per year, and humans can’t survive long in the other world. For time immemorial, wars were fought around the portals, but its now a more peaceful age, and the people of Earth and Emrys coexist, visiting each others’ worlds when the portals open. 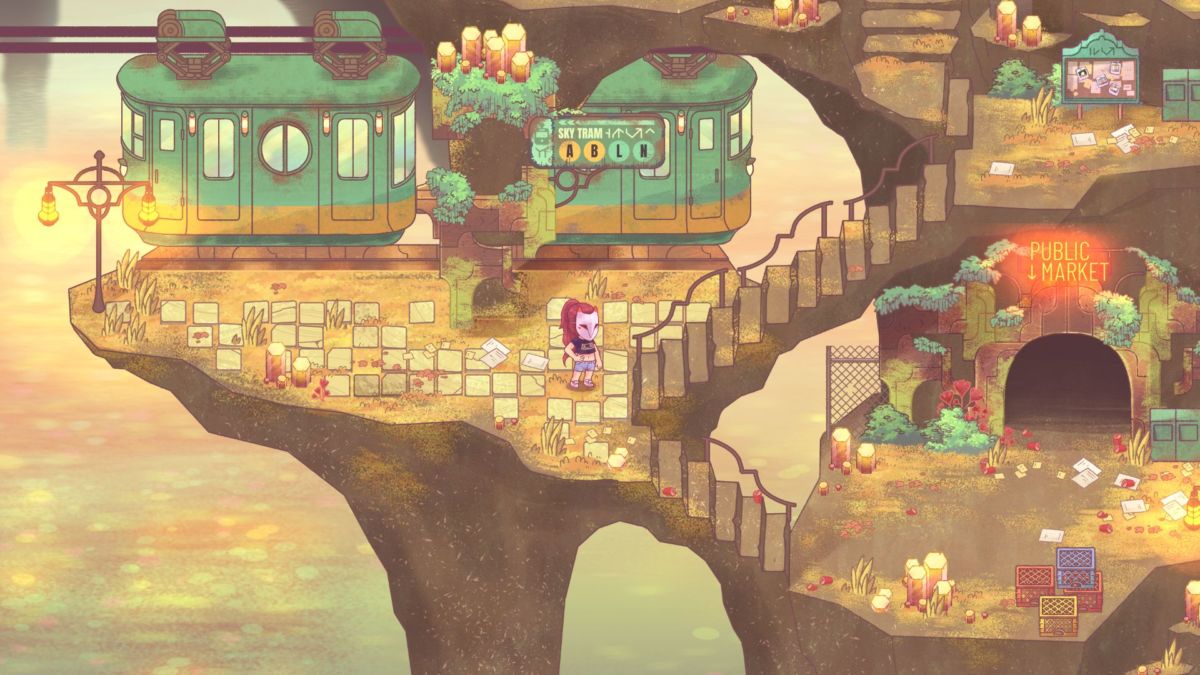 Presumably through magic, the internet is functional across dimensions. Humans have regular contact with Emrys and more or less have a working knowledge of their world, and the reverse is true for the Emryns. This is how our protagonist, Jun, comes to hold such a deep fascination with the magical world. Over the internet, she forms a bond with an Emryn girl named Liza, and wins the lottery to cross into Emrys during the portal opening, where she gets to spend the day with her cross dimensional pen pal. Unfortunately, the two lose track of time, and rush back to the portal only to find its already closed, trapping Jun in Emrys and dooming her to be slowly poisoned by magic. Liza and her Emryn friends devise a plan to save Jun by trespassing into ancient shrines of unknown origin that are somehow connected to the portal.

Exploring the shrines is where the main gameplay loop occurs. Players control Jun as she learns to cast spells using magic tiles that adorn the shrine halls. It’s fairly traditional connect-three gameplay. Connecting three or more tiles of the same type and activating them will launch one of several spells in Jun’s arsenal. Jun can also pick up and move one tile at a time to create bigger and more effective spells. It’s not terribly complicated, but it can get quite hectic when you’re dodging two or more magical monsters while trying to line up your spells. Jun can also draw certain patterns in the tiles in order to call in support spells from her friends, throwing in some extra damage. 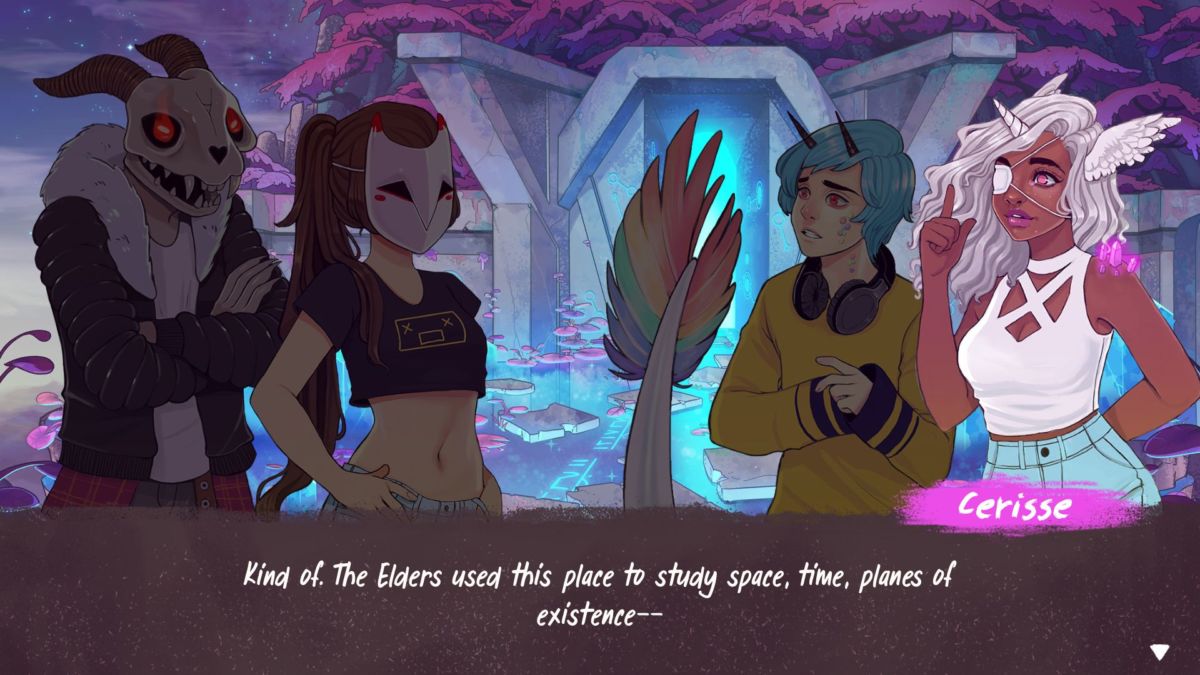 In between shrine spelunking, players explore the Emrys overworld, a series of floating rocks on beautiful backdrops that hold homes, businesses and schools interconnected by a hanging tram system. An eccentric collection of side characters offer some simple side quests and funny interactions, but ultimately serve as little more than momentary distractions.

The bulk of the main story beats and dialogue play out here, as well. The overall tone can best be described as a teen drama, and this is poignantly punctuated with a smart phone pause screen that can be used to access text conversations with characters sporting all the emoticons and quips you could possibly desire. Writing text dialogue is difficult to pull off, and though The World Next Door does it well relative to other media, it’s still a dull style of storytelling. 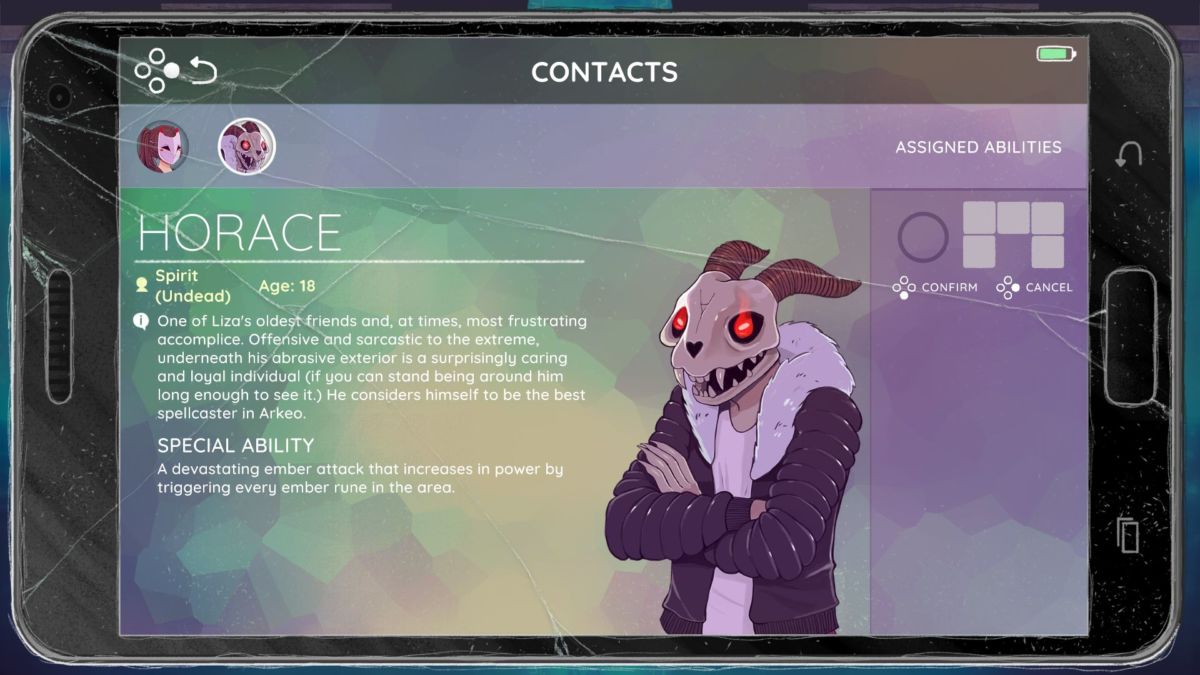 The story gets off to a sufficiently interesting start. The world is introduced well, and the plot is compelling enough, but it quickly diverts from magical intrigue and exploration to weaker character plot lines that fail to entertain. It’s difficult to care about bickering teens when you’re fighting magical monsters and your protagonist has days to live.

The art style is where this game excels, and it’s really a cut above the other aspects of the game. Every environment is exquisitely crafted and glowing with color. Even the more “mundane” sets, like the school, are a delight to look at. The shrines in particular are ominously beautiful and mysterious. This extends to the characters, too. Even though they only exist in still frames, they have unique and aesthetically pleasing designs that compliment their personalities. 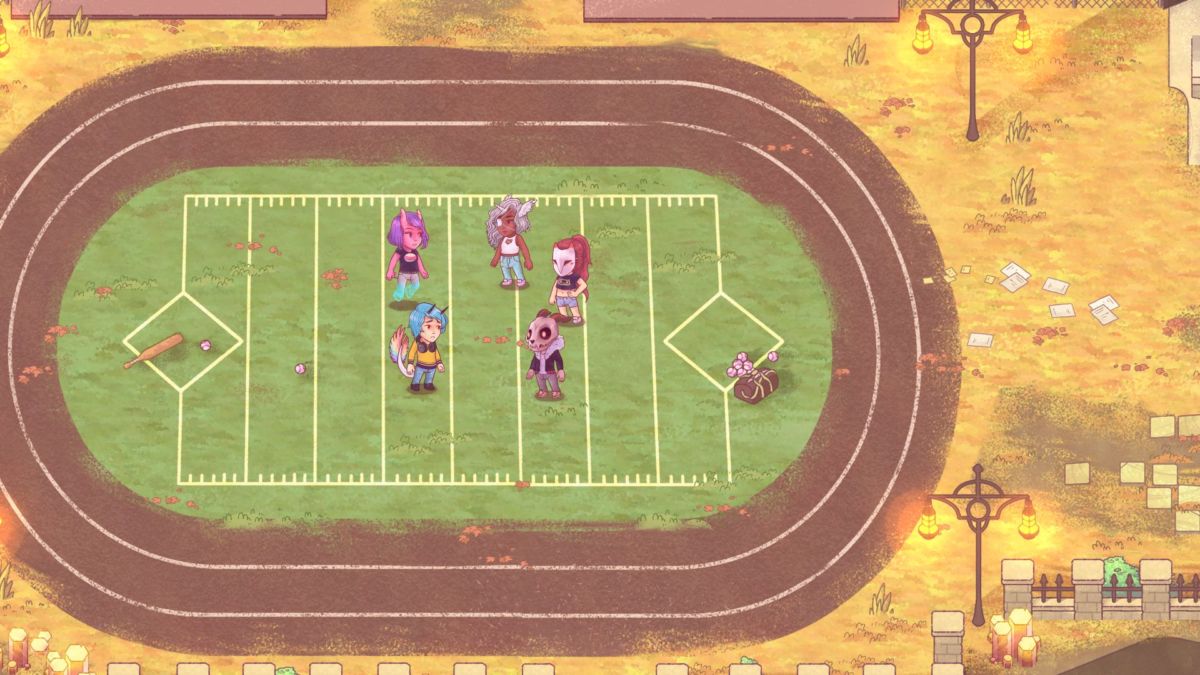 Jun doesn’t have much of a personality of her own, but the game makes up for it with a supporting ensemble of eccentric (in both mind and body) side characters. Liza is Jun’s interdimensional internet friend. She’s some sort of pink and purple, horned demon girl with a kind personality and a penchant for floating off the ground. She gives Jun a place to stay when she’s trapped in Emrys, and leads her friends in trying to get Jun back to Earth. Rainy is a shy boy with a rainbow fish-tail and social anxiety. He tags along, but he would clearly rather be doing anything besides adventuring.

Horace is an abrasive, aggressive lout with a skull for a head and fire in his eyes, literally and figuratively. He may be grating, but he’s loyal to the group and as devoted as anyone to saving Jun, even if he may secretly only be interesting in drinking beer and throwing fireballs. Finally, Cerisse is a bookworm with a unicorn horn and pegasus wings adorning her head, in addition to glowing pink crystals growing out of her body. She’s the source of all the lore and magical knowledge in the group, and she’s the one who hatches the plan to explore the shrines in hopes of activating the portal again.

The World Next Door does nearly everything at a competent level, at the least. While the art is amazing, the gameplay is average at best, and doesn’t do much to differentiate itself from any other match-three style game. The characters and storyline are fine, but if you’re looking for a memorable cast and compelling plot, you’ll have to look elsewhere. Clocking in at around ten hours, there are worse ways to spend your time, but there are also better ones.

Verdict
Competent but uninspired match-three gameplay and a surface level story leave The World Next Door with little to offer unless you’re looking for a simple, relaxing experience.
5