Minette Walters’ The Swift And The Harrier Is Perfect Autumn Reading 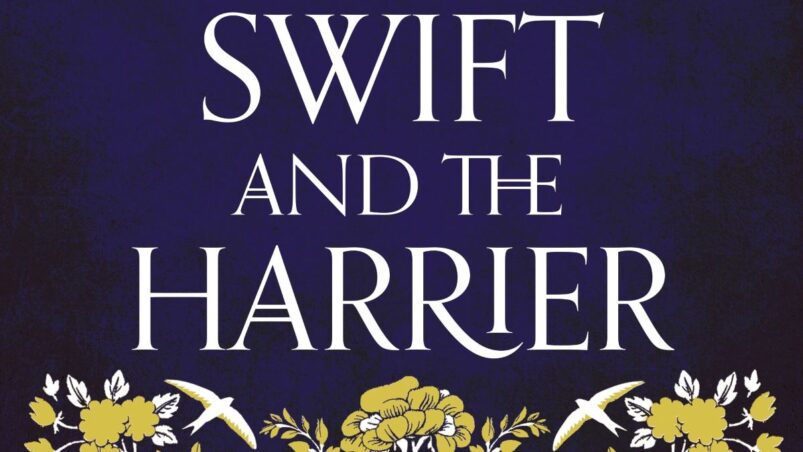 The Swift And The Harrier

Traditionally, autumn feels like the time for curling up with a murder mystery novel, or maybe venturing into the horror genre for the heady days of October, if you are that way inclined. Publishers know it too – a huge amount of these sorts of books are scheduled for autumn every year, when the nights get longer and the urge to sit in an armchair with a book increase. But I’d argue that there is also something utterly delightful about cracking open a thick historical fiction novel and immersing yourself in its world just as the weather turns and you’re safe and cosy at home. Historical fiction should be the new autumn reading trend; change my mind.

All this to say, historical fiction is really working for me as a reader right now. And one of the books I’ve been enjoying immensely is The Swift And The Harrier by Minette Walters. Every history nerd has their least favourite period of history and I have to say that the English Civil War, about which this book revolves, is slap bang in the middle of mine. But a good book can always be the exception, and The Swift And The Harrier is indeed that.

In 1642, England is divided as Civil War breaks out. In Dorset, Jayne Swift, the daughter of a minor Royalist family, practices as a doctor – and she is a very good one too. Jayne pledges to treat any person who comes to her, regardless of their political affiliation, and she spends the war experiencing the horrors for herself as she works selflessly to improve the lot of the people of Dorset. In the middle of all this, she is constantly coming across William Harrier, a man who quickly endears himself to her, even as she realises that his mysterious comings and goings point to a more interesting person than she first thought.

Walters is a crime writer by reputation, but has in recent years turned her hand to historical novels, of which The Swift And The Harrier is the latest incarnation. It isn’t difficult to spot Walters’ crime writing pedigree in this novel; one of the earliest scenes involves the execution of a Catholic priest and it was such a visceral, disgustingly realistic scene that it gave me pause before I could carry on reading. The rest of the novel in comparison is relatively toothless, at least in terms of such graphic descriptions; Walters does not flinch away from describing the injuries that Jayne has to deal with, but none of them are so stomach turning that it detracts from the reading experience. If the entire story had been full of scenes such as the execution then The Swift And The Harrier would have been a more difficult read, but not a worse one; it is simply a matter of taste, after all.

The true triumph of The Swift And The Harrier, besides what feels like a very realistic view of the Civil War – periods of horror followed by uneasy quiet – is the relationship between Jayne and William. Whilst this is not a romance story, there is of course a romantic element, and it is a delicious slow burn taking place between two people who are exact equals in almost every important way. The English Civil War took place over nine long years and so, therefore, does their relationship.

Jayne is the main point of view character of the story and her work is too important, and she is too sensible, to spend much time pining over William. Indeed, for much of the novel, she hardly thinks of him at all beyond the times that they happen upon one another. When they do come together for short scenes, the chemistry is undeniable, and any discerning reader will know how the story is going to end. But there is no rush to get there, from either character; both of them are busy with the war effort. Perhaps the story told from William’s point of view would reveal more unrequited longing on his part, but as mentioned before, he is Jayne’s equal and I doubt he’d have time for anything so frivolous when there is work to be done.

READ NEXT: 12 Best Vampire Books To Sink Your Teeth Into