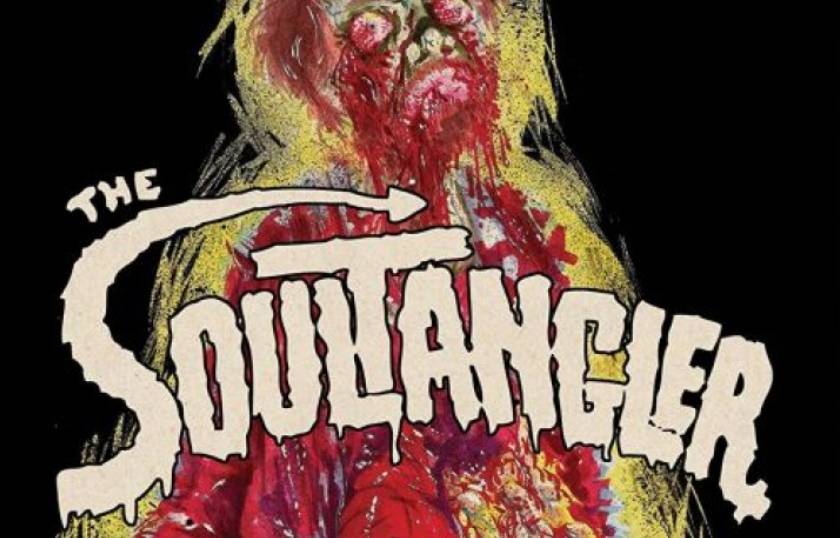 Released last month from the American Genre Film Archives and Bleeding Skull Video, The Soultangler is a mid-80s schlock horror film that’s a whole lot of not bad. Directed by Pat Bishow, the film was made for $8,000, and it shows. The Soultangler is in no way a good film, though it will have a certain appeal to the kind of niche audience that’s into trash cinema, but only if you watch the correct version.

The original cut was a lean 62 minutes, but in order to secure distribution for his film, Bishow had to add an extra half hour to his film, so he padded the runtime wherever he could. This equates to roughly thirty minutes of boredom scattered across the film. Luckily, this special edition DVD includes both versions of the film.

Shot on 16mm but edited on video, the DVD has the wonderful effect of transporting us 80’s and early 90’s kids back to the days when we would pick up a horror VHS tape from the local video store. Yes, most of these movies were shot on film, but the VHS transfer made the colors look washed out, and it became something that was only an approximation of the original film. I guess not many people younger than twenty will understand this weird nostalgia trip, but for us older folks, it’s a pretty cool feeling.

The movie is Lovecraftian. Shot around the same time as Reanimator, some people have accused The Soultangler of ripping off that movie. In the commentary track Bishow says it was a coincidence. And of course this is very possible, since underground horror films often have a Lovecraftian influence, and the whole mad scientist thing has been around since before there were movies at all. Anyway, there’s no way you’re going to confuse this with the Stuart Gordon classic.

So we have our mad scientist, but what’s he after? What’s the endgame? Well, he’s developed a theory of soul transference. He’s found a way to move his soul into other people’s bodies and control them. But, unfortunately, the people he uses have to be dead for him to do this. Oh, and sometimes the serum he uses doesn’t actually kill his victims, instead sending them into hallucination fits to rival the worst bad acid trips. The scenes where people are under the influence are the most interesting, visually. Bishow just goes wild with the fucked up images. It’s a real treat to watch. The visuals effects are usually pretty good, too. Nobody could mistake the prosthetic heads and the animatronic skull with its brain exposed as convincingly realistic, but that’s not why people watch this stuff.

The reason people like myself love this kind of thing is that in no sense is a movie like The Soultangler anchored in reality. The bad acting, the shoddy camerawork, the muddled dialogue all create a feeling that something is not quite right with what we’re seeing. We want to see something extremely weird because we’re surrealists at heart, and we know there are no real rules in filmmaking anyway. The only sin a trash-cinema film can commit is boredom, and The Soultangler, at least the extended version, can be quite boring at times. But this is something that Bishow is well aware of, and he even says on the commentary track the places where he fast forwards when he’s watching the movie himself. So skip to the 62 minute director’s cut, and you’ll have quite a good time with this one.

The Soultangler is available on DVD everywhere. The author of this article was given a copy of the film for the purpose of a review.

READ NEXT: 55 Best Horror Movies of the 21st Century