Behind The Mask: The Rise of Leslie Vernon, 15 Years Later

An underrated gem for all you slasher fans out there. 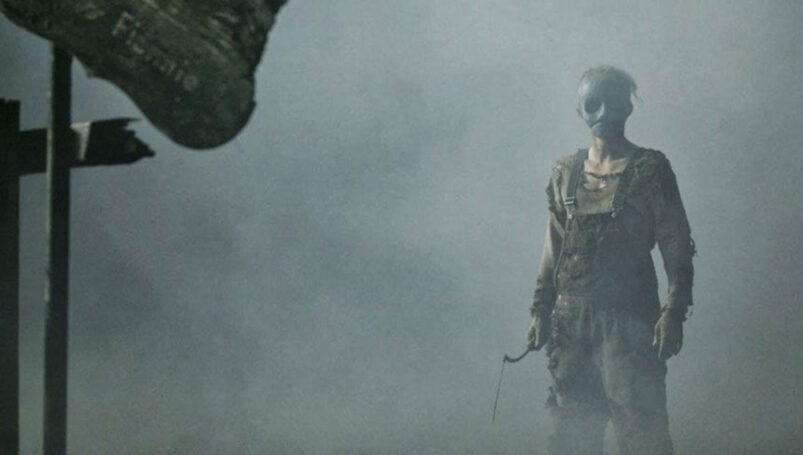 The Rise of Leslie Vernon

The concept of a serial killer as a horror villain is a familiar trope for filmmakers to utilise, with the villain usually a recreation of an urban legend and often seemingly capable of superhuman strength and an ability to teleport to track down their victims. These popular recurrent elements can sometimes be derided as crutches for filmmakers, but their reliability makes them impossible for creators to ignore. But in 2006, filmmaker Scott Glosserman was seemingly inspired to take a deeper look into how these tropes could occur in real life, and in the process, created the underappreciated cult classic Behind The Mask: The Rise of Leslie Vernon.

In this universe, horror films such as John Carpenter’s Halloween, Wes Craven’s Nightmare On Elm Street, and Sean S. Cunningham’s Friday The 13th are treated as historical events that occurred in the real world. In fact, the opening scene has our main protagonist, journalist Taylor, show footage from famous locations such as Camp Crystal Lake while name dropping Freddy Voorhees, referring to dying in your dreams as it cuts to Elm Street, and speaking of Michael Myers while showing Haddonfield, Illinois’ empty streets on Halloween Night. This sequence is almost akin to a journalist investigating the history of famous killers such as Jeffrey Dahmer or Ed Gein whilst retracing their footsteps.

In fact, this journalistic investigation serves as the inspiration for the style and form of the movie, being depicted as a mockumentary for the majority of the movie. Journalist Taylor and her camera crew, Doug and Todd, are interviewing a man who calls himself Leslie Vernon, a supposed urban legend based in Glen Echo. Vernon is said to have become possessed as a child and killed his family, before being attacked by the townspeople in revenge and seemingly killed, now haunting the Vernon farmhouse and nearby apple orchard. Vernon allows himself to be interviewed in the build-up to his first major murder spree, discussing how he prepares both himself and for the night in question.

In a vein similar to The Cabin In The Woods, Glosserman deconstructs known tropes by having Vernon breakdown how they could realistically occur. This ranges between burying himself alive to learn how to slow his heart rate to survive, and intensive cardio to be able to track down victims whilst appearing to teleport. However, it’s Vernon’s comprehensive breakdown of how he’s prepared the farmhouse that helps demonstrate the comprehensive planning required for his murders.

This includes sealing off exits, tampering with potential weapons that victims will use for self-defence, rigging electrical failure, or mapping all possible escape routes, helping offer legitimate reasons for how a serial killer could seem unstoppable. What seems like a supernatural monster is in fact the product of a manipulative and dangerously prepared psychopath.

This deconstruction of the horror movie and serial killer could become antagonising, but Nathan Baessel is outstanding in the titular role — his charisma makes him intoxicating and fascinating to watch. But while that charismatic depiction draws you in, there’s always an unsettling energy that puts the audience on edge. This offers uncertainty for the viewer on whether Vernon is just a stalker-esque fan, or a true aspiring murderer capable of great violence. At times funny and kooky, at others terrifying, Baessel is the MVP of the movie, balancing the genial goofiness of the humanising mockumentary and the horror iconography of the third act killer.

Speaking of the third act, there’s an intentional shift of mise-en-scene, representative of an important character beat that also taps into the other theme of the movie, that of journalistic integrity. For the first two thirds of the film, the team of Taylor, Todd and Doug interact with Leslie and his mentor Eugene in a friendly manner, even having Taylor help Leslie in a stalker moment to terrify Leslie’s planned ‘survivor girl’ (his version of the well-known trope ‘final girl’) Kelly.

However, when Vernon actually instigates his murder night and our protagonists see the planned murders become reality, Taylor, Todd and Doug become horrified, with Vernon suggesting they leave. At that moment, our heroes have a choice to make, leave with their successful investigation and let Vernon carry out his murders, or try to save his intended victims and risk their own lives.

Unsurprisingly, our protagonists decide to save the day, and stop the investigation, which allows the mise-en-scene to transition from the grainy documentary style into a cleaner, more polished style. Vernon is now depicted in the same vein as classic villains such as the aforementioned Voorhees and Myers, devoid of the humanity that softened his character and is now a tour de force of murder.

While some are less fond of this change, it makes creative and character sense, especially with the reveal that Leslie’s true target for his ‘survivor girl’ is Taylor herself, not Kelly. This reveal brings the entire film so far into a new light, adding new resonance and connotation to Taylor’s actions, such as turning down alcohol and being uncomfortable with descriptions of sexual acts, tropes consistent with the famed ‘final girl’.

Speaking of the descriptions of sexual acts, while going through his plan for the murder night, Vernon begins to discuss the Freudian aspects of the ‘final girl’, detailing the phallic nature of weapons used by the heroine. Specifically, his belief that when she grabs a weapon, it’s actually a figurative empowerment, “empowering herself with cock” as Vernon not so delicately puts it.

Vernon even expands upon other examples, such as suggesting that hiding in the closet is a hiding place that is considered sacred. This can either be read on a surface level, taking it at face value, or a subversive analysis that can have Vernon come across as arrogant and self-indulgent, it’s dependent on the viewer.

Behind The Mask’s biggest downfall probably lies in when it was released, caught between its predecessor Scream and its successor The Cabin in the Woods, both of which take the analytical breakdown of tropes and clichés to a higher level. It even has similarities to the Belgian cult classic Man Bites Dog, which also had a serial killer followed by a documentary crew. Unfortunately, Behind The Mask came out at a time when the highest grossing horror films were either remakes (The Omen, The Hills Have Eyes, When A Stranger Calls), sequels (Saw III, Final Destination III) or torture porn (Hostel).

Despite its positive critical reception, the limited release of the movie meant it wasn’t until years later that it began to gain appreciation. Nowadays, it’s a regular feature on horror streaming site Shudder, so it seems the perfect opportunity for audiences to give this underappreciated gem a first viewing. Or, if you’re like me, rewatch it again.

READ NEXT: The Best Horror Movies on Prime Video