The People We Hate at the Wedding REVIEW – Nuptial Chaos

Families can be messy. 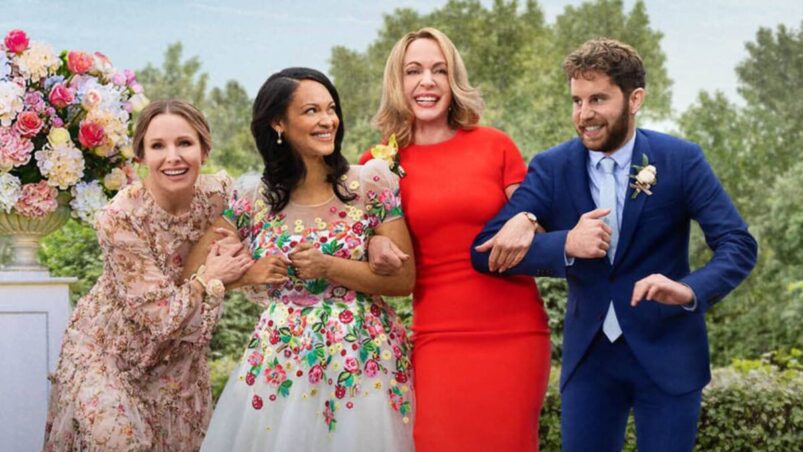 The People We Hate at the Wedding

Remember The Wedding Date? That perfectly amiable movie starring Debra Messing and Dermot Mulroney, Amy Adams and Jack Davenport? The People We Hate at the Wedding kind of reminded me of that movie. Messy and not very well-executed, yet somehow quite entertaining, mainly due to the talented cast, who liven things up and make everything fairly watchable.

Donna (Allison Janney) had daughter Eloise (Cynthia Addai-Robinson) with her first husband Henrique (Isaach De Bankolé), and things were good until he cheated on her with the nanny. Heartbroken, she decided she was done with European men, and went back to America where she settled down with Bill (Andy Daly). She had two children with Bill, Alice (Kristen Bell) and Paul (Ben Platt). When they were younger, Paul and Alice were close with Eloise, and Eloise looked forward to the time she would spend with her American family. As time went on, living on different continents took a toll on their relationship, so now Alice and Paul both hate Eloise.

Eloise is getting married, and of course she wants her family to be there, so she’s sent invitations to all of them, only Alice and Paul aren’t keen on going. Alice is still upset with Eloise for not being there for her during a personal crisis, and Paul’s upset because Alice is upset. He also refuses to talk to Donna because he believes she moved on too quickly after Bill’s death. While they both have reasons to be angry with the people they’re angry with, it come across as juvenile and immature, especially considering the overtures both Eloise and Donna make.

Alice and Paul aren’t likeable people, and they aren’t meant to be. They’re frustrated with the emptiness of their own lives and relationships, and project this onto Eloise. Bell and Platt have such fun chemistry together, and are clearly having fun playing these gossipy, flawed individuals. If you’ve seen Bell in The Good Place, she’s basically playing the same character here, but Platt, who usually plays the dorky, nice guy, gets to let out his full snark, and he’s definitely relishing it.

It can get quite nasty because this isn’t a random person, this is their sister, so their antics and behaviour feel really selfish. Even Eloise’s friends seem more like her enemies. If you don’t really enjoy these kind of bickering family reunion type movies – like The Family Stone – then you won’t really enjoy this one.

Janney isn’t given much to do, she’s just a mom who wants the best for all her children, and derives more fulfilment from her relationships with them than her failed romantic ones with Henrique and Bill.

Alice gets a meet cute of her own with Dennis (Dustin Mulligan), who seems to like her but there isn’t much substance in the relationship. He also keeps coming back even after she treats him really poorly, and we really wonder why. Even Notting Hill had Roberts’ character make a big declaration and apology for being a not-so-great person, and we never get one of those moments between Alice and Dennis. It seems like the screenplay’s main focus is the relationship between Alice and Paul, so that’s well fleshed out, but everything else is pretty mediocre.

If you’re looking to kill a few hours, and you like all the movies I mentioned, then People We Hate at the Wedding should entertain. If not, then stay far, far away.

READ NEXT: 13 Best Possession Horror Movies of All Time 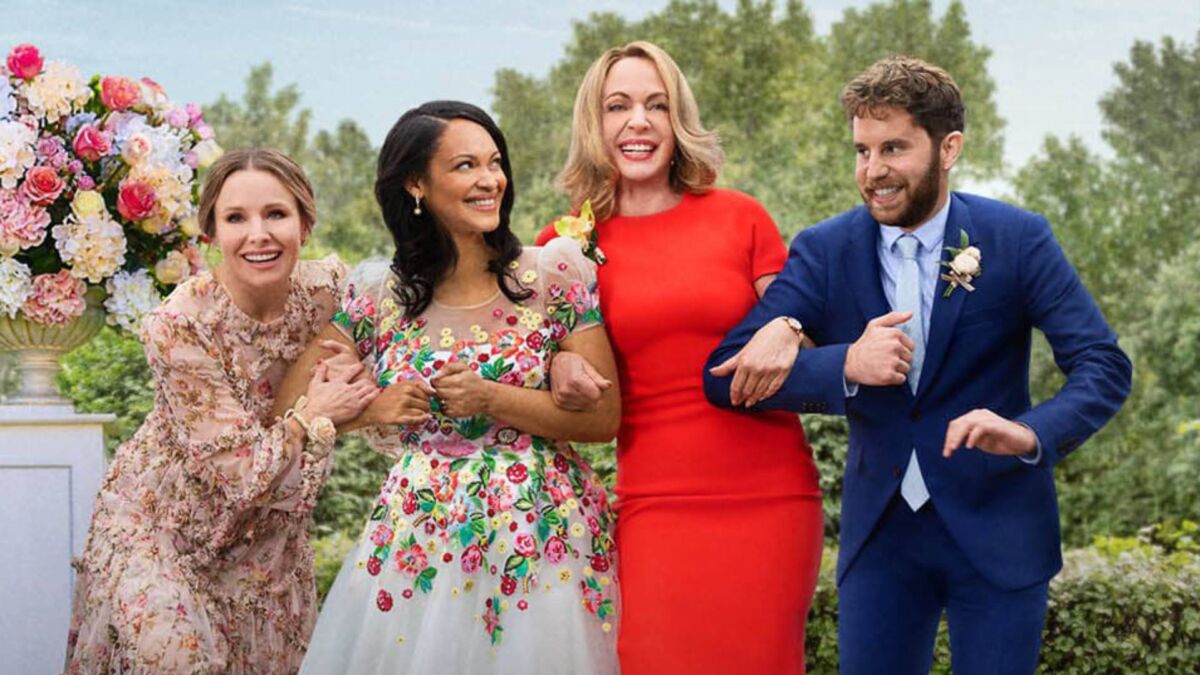 Verdict
There's a certain authenticity here, with bickering siblings and nasty antics that feels true to real life. Families aren't perfect, and The People We Hate at the Wedding does capture that.
6
Cultured Vultures is a pop culture website established in 2013 covering all things gaming, movies, and more. We eat your words.
All The News On The Biggest Games