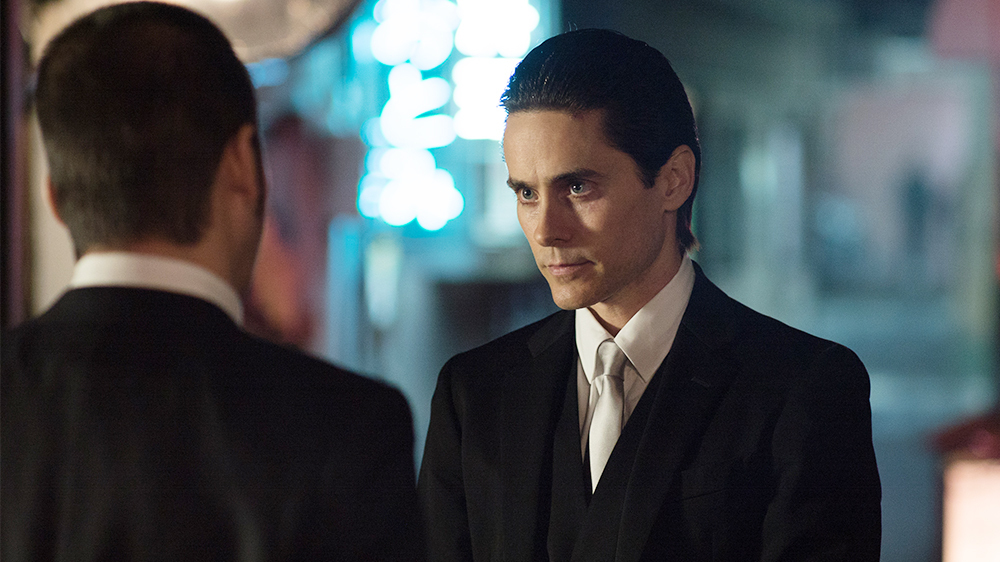 Netflix continues its stream of new content, but sometimes more doesn’t necessarily mean better. This is definitely the case with their highly anticipated new film The Outsider, which stumbles its way through a serviceable concept by failing to convey it with any semblance of soul or passion. Not only that, but it also fails at following basic storytelling conventions, feeling more like a bad 80’s B-movie that was shot and lighted with modern equipment. It gets pretty baffling at times. Just what went wrong?

First of all, the conceit of this film is great, and was one of the reasons why I was so excited about it. An American soldier gets pulled into the deadly, unforgiving world of the Yakuza, adopting their ways and becoming one with the criminals. It sounds like a fascinating character study, an intense thrill ride that puts its characters through massive hurdles, with action packed moments, unbelievable turns in the narrative, and a great, memorable protagonist to boot. It sounds like the film every crime buff is craving right now.

But the result is a confusing mess that delivers on none of its potential.

The movie begins with our main character, Nick Lowell, a G.I. turned prisoner stuck in 1950’s Japan. Nick is a terrible, unemotional psychopath that is capable of casually bashing heads in, shooting people, stabbing fellow Americans, breaking trust, and mutilating his own body without an inch of hesitation or worry. The flat, nearly robotic performance from Jared Leto does not help to counteract the fact that Nick is anything less than an abhorrent monster.

This isn’t even why Nick doesn’t work as a character. Terrible people are everywhere in film, and when a movie has the ability to address the deep recesses of the human condition with tact, it can be incredibly poignant and resonant. The Outsider, though, fails because the very conceit of the character doesn’t even actually happen.

Nick was meant to start the film as a man desperate to stay alive, forced to do horrible things for the Yakuza, not because he wants to, but because he was pulled into that lifestyle. We root for a guy like that, stuck in a bad situation. Especially if he’s likeable, then we’re cheering him on, interested in his personality, and maybe even worrying about him when he’s in danger. This is how drama works.

The Outsider, though, prefers to skip the first step entirely and simply dump the point in our laps and expect us to care. Nick never changes, starting out as a wide-eyed killer and ending as a wide-eyed killer. He suffers through the Yakuza’s torture not because he’s forced to do it, but because he simply has to. He never feels like he’s fighting back against the transformation, or even taking advantage of it with much skill. He makes many mistakes, ones even he should be privy to, being the logically-driven rationalist he is. A lot of the time it feels like Nick is just a force of nature, unpredictable and brutal. Kind of like… The Joker, actually. But without the enjoyable wit and classic memorability.

Moving away from Nick, the plot of the movie itself is also very disconnected. The film contains many side stories that start from nowhere and end suddenly, almost as if they came from a failed TV shows that was jam-packed into two hours. There isn’t any overarching story, or evolving narrative, as entirely new characters will show up halfway through the film and become the main focus, or setups will be dropped without any payoffs. The supporting cast is also just as reprehensible as Nick, as they will abuse, torture, and kill their way through the film without any sense of inner conflict or stakes. They’re all horrible criminals, showing no positive aspects, with no dichotomous dynamic between their moralities. Just empty husks that kill.

In terms of pacing, The Outsider also suffers from painfully long-winded establishing shots of characters walking from A to B, sitting down, looking at each other, eating, getting in and out of cars, standing around, contemplating, or generally not doing anything at all. It’s almost as if they stretched out the scenes because of watch time, not to make the film any more epic or grandiose. A movie can be 80 minutes, especially when there’s only enough relevant footage for that amount. Having scenes in your crime drama where characters stand around doing nothing kills the tension you’re shooting for, and will bore your audience to tears. You want things to be punchy, intense, edge-of-your-seat exciting, not dragged out and slow.

This movie reminded me a whole lot of 2015’s Black Mass, starring Johnny Depp in one of his most impressive and frightening performances. The difference is that in that film, Whitey Bulger was an interesting character, able to be educated, caring, and charismatic when he wanted to, but also capable of hate, violence, and rage. He was intimidating, enthralling, and the plot revolved around something he cared about, something tangible. The Outsider is stoic and aimless, with characters that show no interest in their endeavors, who are nothing more than stone-faced goons that shuffle along the sporadic story.

This film is a complete disappointment and further discredits Netflix as a platform for quality films. With the embarrassment that was Mute, the shocking hilarity of the Full Metal Alchemist movie, and the curious case of The Cloverfield Paradox, I really hope Netflix can get some standards and start delivering some worthwhile content.

Verdict
With inconsistent plot structure, sleep-inducing pacing, and hateable characters, The Outsider fails to leave an impression of any kind, instead choosing to drag out its runtime with empty scenes and no sense of tension. At least the cinematography is serviceable.
2
Cultured Vultures is a pop culture website established in 2013 covering all things gaming, movies, and more. We eat your words.
All The News On The Biggest Games