The OA: A Show Gone Too Soon

Cult shows have a tendency to get cancelled before their time, and now it's happened to The OA. 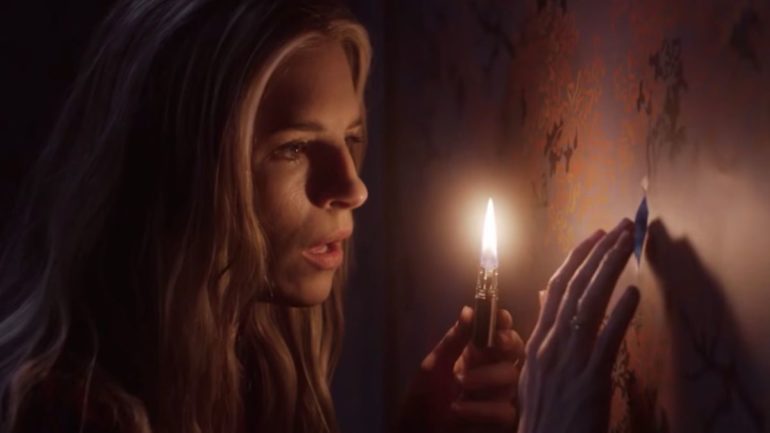 Great art moves you, sticks with you, even if you don’t know why. That’s what The OA does. Or did. Netflix released the second season of the wonderfully trippy show earlier this year, only to recently announce its cancellation.

Which is a damn shame. Within minutes of the announcement, fans took to Twitter to express their sadness. And soon enough, #SaveTheOA was trending worldwide. So just what made people love the show this much?

The series arrived out of nowhere in late 2016. It told the story of a blind woman named Prairie (Brit Marling) who returned home after she disappeared years prior. Except, she wasn’t blind when she returned home. And she insisted on being called OA (which stands for “Original Angel”) instead of Prairie.

The show moves forward as one part sci-fi mystery and one part epic love story. OA befriends a group of boys and their teacher and tells them her story. OA was kidnapped by a man named Hap who also kept four other people hostage. All five of them have gone through an NDE (near death experience). Hap continued to trigger NDEs amongst these five, as he was obsessed what people experienced near death. Through their NDEs, the hostages discover a series of movements that would allow them to travel to other dimensions.

Eventually, OA escapes and returns to her parents. She befriends a group of boys and their teacher (nicknamed BBA) and tells them her story. She teaches the movements in hopes that she will travel and find Homer, a fellow hostage she fell in love with.

It’s a show about love, death and believing in things more complicated than the mind can comprehend. The show itself is strikingly beautiful — visually, it is really something to behold. Each shot is painstakingly blocked, framed and lit to perfection. And let me tell you — when shots like that take place in locations like fields, underwater, a star-filled dimension and underground prison draped in greenery, they look pretty good. I’m talking pause the screen and study the mechanics of the shot good.

Spiritually, the show is breathtaking as well. Describing a show as having a spiritual effect feels silly, but how else do you describe a show so rich in intricately-crafted dialogue on faith and higher beings? Marling’s performance is seared with emotion. She tells her story to her friends with a juxtaposition of childlike naivety and passionate intelligence. Marling displays this same kind of presence in much of her film work, specifically Another Earth and The Sound Of My Voice. It’s a quiet intensity that makes her mesmerizing to watch.

And that’s just season one.

After a couple years of radio silence, The OA: Part II dropped in early 2019. Some elements were lacking, such as less story involving BBA and the boys. But in most ways, it was bigger and better and weirder than Part I.

Part II reveals that there is a grander plan at stake. Marling and her co-creator Zal Batmanglij kept their cards close to their metaphorical chest, but hinted that they had a five season plan. In Part I, Prairie and four fellow hostages are kidnapped by a scientist who wants to study their near death experiences. Each “NDE” takes place in a different dimension, and each season was to take place in one of those dimensions. Eagle-eyed viewers caught on that Part I was fully of cleverly placed clues hiding in plain sight hinting to this. For example, Homer’s NDE in Part I features him plucking a fish out of an aquarium in swallowing it whole. That aquarium is featured in Part II, providing evidence to the fact that Part II takes place in the same dimension as his NDE.

Not only did the show become inherently more clever, but it fully embraced its weird side. The idea of “jumping” into other dimensions is fully accepted by most characters. In fact, some of our characters from Part I jumped into the bodies of themselves in different dimensions. OA’s friends from Part I work on a way to jump into another dimension to find her. OA herself jumps into the body of a woman who can communicate with nature, including a talking octopus.

But perhaps the most gloriously weird part of all comes in the final few moments of Part II. A mysterious scavenger hunt is a large part of this story, and it is likely connected to the theme of inter-dimensional travel. Our worthy competitor, Karim — the PI investigating this scavenger hunt – finally completes the challenge and opens the window to another dimension. One in which OA and our antagonist are married, and portraying characters on a show called The OA. OA, known as Brit Marling in this dimension, suffers a nasty fall and is taken to the hospital. Just as our villain thinks he’s gotten away with an evil plan to capture OA in this unfamiliar dimension, it’s revealed that one of OA’s friends successfully jumped. And he’s here to protect her.

And that’s it. That’s all we will ever get. Marling and Batmanglij had only just begun to unravel the mysterious thread of The OA, but fans will never see what Part II was leading to. Netflix has a clause with its original content saying that, if it should be cancelled, a show cannot be picked up by another streaming network for a certain amount of time. This makes our chances of seeing the next chapters of The OA even more slim.

When it dropped nearly three years ago, The OA seemed like a perfect fit for Netflix. When the streaming platform started to up its original content, many actors flocked to Netflix. It was supposed to be a place where your creativity could run rampant. You were encouraged to do what large studios might not give you the freedom to do.

The OA is the definition of that. A story of an interdimensional-traveling woman claiming to be an angel isn’t quite everyone’s cup of tea. But it was bold, it was different, it was brave. It wasn’t a story about superheroes, a reboot or a show leaning heavily on nostalgia. It was its own thing with a unique voice.

Netflix has been a little extra ruthless lately with cancelling their own shows with a unique take — namely One Day at a Time, Sense8, and Tuca And Bertie. The streaming service is notoriously secretive with its viewership data. They claim record numbers for some shows and stay tight-lipped about the ones that they cancel.

So for now, we will just have to hope that there’s an alternate dimension out there where The OA gets the ending it truly deserved.

Theories have circulated that this is, in fact, not the end yet. In keeping with its meta finale, some viewers have been speculating that this cancellation is a fakeout. In the third dimension we are introduced to in the finale moments of Part II, the character of Brit suffers a nasty fall – one so bad that the lead actress likely would not be able to continue on with the show. A line in Part II discusses the fact that the aforementioned scavenger hunt goes “IRL” at some point. What if this cancellation is Part III of The OA going IRL?

But for those of us stuck in this dimension with a prematurely cancelled show, let’s pour one out for a fallen friend.