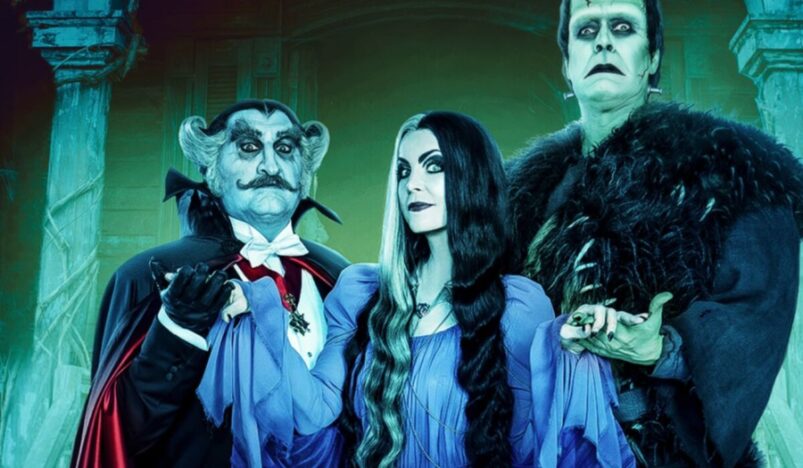 Look up any discussion on the news that Rob Zombie was going to helm a new feature length movie based on the beloved classic TV series The Munsters and you’re going to find a wild array of opinions (mostly negative) before the first trailer even appeared online.

For those of us with no strong expectations one way or the other, we could only wait to actually see what the director of House of 1000 Corpses, The Devil’s Rejects, and most recently 3 from Hell had in store for characters he himself is seemingly very fond of.

And you know what? It’s a surprising watch in (mostly) the best way possible.

Make no mistake, the trailer for The Munsters isn’t very good. Watching the film on Blu-ray, I didn’t really know what to expect. What we get with this film, a prequel story showing how Herman Munster (Jeff Daniel Phillips) met his future wife Lily (Sheri Moon Zombie), turned out to be far more endearing than any trailer has suggested.

Drawing heavily from the iconic, extremely straightforward 1960s sitcom that starred Fred Gwynne, Yvonne De Carlo, Al Lewis, Pat Priest, and Butch Patrick (the last two, the only surviving cast members at this point, appear in here in fun cameos), The Munsters rarely strays from its source material. Those who were concerned that Rob Zombie would bring the same touch to this franchise that he brought to Halloween don’t need to worry. Rarely does the movie feel like it was made by the guy who helmed such films as 31 and The Lords of Salem, except in certain small moments and touches found early on in Herman and Lily’s courtship in Transylvania.

If The Munsters was going to work at all, it would need to have strong comedic and genuinely sweet chemistry between the actors playing Herman and Lily in particular. This is where The Munsters will perhaps surprise you the most. Without aping Fred Gwynne or Yvonne De Carlo, both Jeff Daniel Philips and Sheri Moon Zombie play off each other quite well, while evoking the characters in a familiar, even likable way. Zombie, in particular, is better than you might have suspected. Daniel Roebuck as The Count, Lily’s father, is also exceptional at bringing to mind what made Al Lewis so successful in the original series.

There isn’t too much plot going on with The Munsters. The beginning of the movie darts maddeningly back and forth between Herman and Lily, Richard Brake as the scene-stealing creator of Herman, and characters played by the likes of Jorge Garcia and Sylvester McCoy. The movie is essentially 3 or so episodes of a sitcom, and it doesn’t always flow as well as it should.

110 minutes is perhaps too long for The Munsters, but watching Herman, Lily, and the Count eventually settle in Hollywood, California works as a warm, endearingly-made comedy more often than not. When the movie stays on them, Rob Zombie seems to be at his very best. He clearly cares about these characters and doing right by them.

On the Blu-ray disc itself, The Munsters looks and sounds excellent. One of the most unexpected strengths of this movie comes in the form of its costumes and makeup, set designs, use of color, and attention to lighting. It almost always feels as though we’re watching something that looks, sounds, and feels like The Munsters. This comes through in the 16:9 1.78:1 anamorphic widescreen aspect ratio and Dolby Digital 5.1 sound for both the English and Latin America Spanish language tracks.

As far as extras are concerned, the disc might be a little sparse for some, but The Munsters nonetheless has two bonus features worth a look for those who enjoyed the film. The behind-the-scenes documentary shows how the movie was brought to impressive life. The audio commentary by Rob Zombie is also entertaining, while offering some genuine insight into his impassioned approach to making a Munsters movie that wouldn’t betray what people love about this world. He has mostly succeeded.

Rob Zombie’s The Munsters is quite possibly the best Munsters movie ever made. It’s not perfect by any means, but the elements that work do so to a degree that should be pleasing to those willing to give the movie a chance. Unless you absolutely despise Rob Zombie’s movies, this is worth your time. 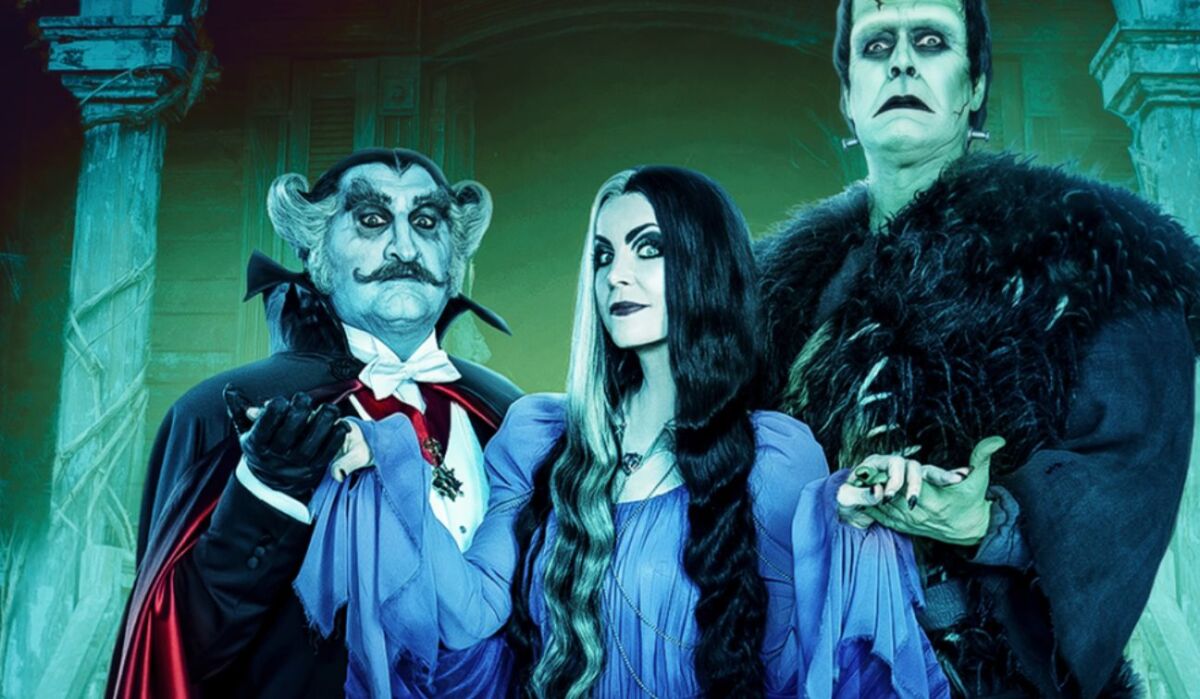 Verdict
The Munsters is an effective prequel story with strong performances and a pleasant nostalgic glow.
8
Cultured Vultures is a pop culture website established in 2013 covering all things gaming, movies, and more. We eat your words.
All The News On The Biggest Games