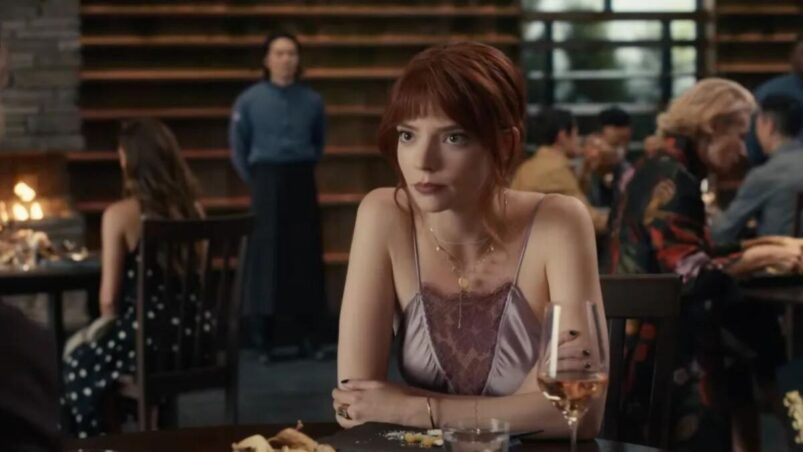 Everything in life revolves around appetite: the food we eat, the people we desire, and the aspirations we work towards. There is a tender balance when it comes to appetite, as we need things to keep us hungry and in pursuit, but we don’t want to eat and take until our appetites consume us. That is the essence of The Menu, a darkly satirical comedy that criticises the gluttonous ways of the rich, but also turns its attention to the people who serve the rich, and how they enable these voracious appetites.

Tyler (Nicholas Hoult) has invited his date Margot (Anya Taylor-Joy) for a once in a lifetime experience: a dinner outing at the extremely exclusive Hawthorne, where you have to pay more than a thousand dollars per head to dine. Tyler’s very excited about seeing Chef Slowik (Ralph Fiennes) and finally getting to taste his food, and Margot’s just along for the ride. They’re given a tour of the island by Elsa (Hong Chau), where we observe how everything on the island revolves around the food they will serve to their guests. While there’s utter devotion to the craft, at the same time this community feels like a kind of purgatory, in servitude to a perfection that can never be reached. Once the tour is done, the entire dinner party is ushered into the dining area, and service begins.

The movie deftly brings us into the conversations and interactions at each table, which is a really fun way to handle an ensemble feel. The conversations are authentic, and the screenplay resists the urge to vomit exposition on the table for us, which is to its credit. From these conversations we get to eavesdrop on, we get a broad sense of who these characters are, and the part they play in the menu. We have the obnoxious finance people, a vain food critic and her enabling editor, a filthy rich elderly couple, a washed up actor and his assistant and, of course, Margot and Tyler.

As each course is served, Chef Slowik goes into the concept behind the dish, and what initially starts off as mere pretentious hogwash suddenly takes a turn for the fiendish, as each course drips into darker and more violent territory. Fiennes is magnificent as Chef Slowik. He channels that megalomaniac persona so well, seen in the way he interacts with his staff and even with his guests. He moves like a shark, everything about him so cold and menacing. Fiennes is no stranger to playing such villainous characters, and always manages to make them slightly sympathetic even in their sociopathic moments. His scenes with Taylor-Joy crackle with intensity and a certain camaraderie, with both actors bringing so much depth to their characters despite the brief time we spend with them.

Hoult, whose turn in The Great has revealed his talent for playing douchebags, is in fine form here as the zealous foodie who cares more about preening and deconstructing than he does about the food. He gets served his own bullshit in a big way in the movie, which is incredibly satisfying. Hong Chau as Elsa manages to be incredibly unnerving yet also humourous. She’s such a magnetic screen presence, and I can’t wait to see what else she does. A special mention goes to John Leguizamo, who is so ridiculously funny from start to finish.

Mark Mylod’s film also offers social commentary on social mobility, and the emptiness of a dog eat dog world. We eat, consume and take to become bigger dogs in the world, to rise above our humble origins and reach the apex of success. But the majestic view from the top feels hollow when there’s nothing left to eat.

READ NEXT: 10 Movies To Watch If You’re A Foodie 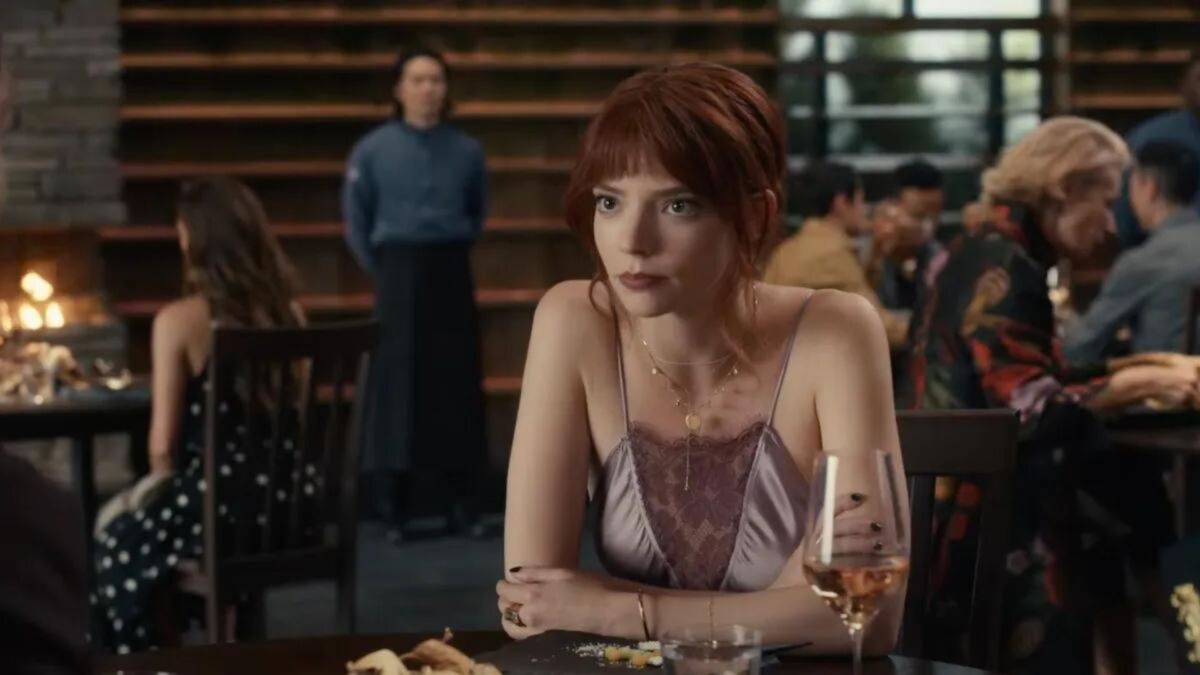 Verdict
The Menu is quite the blazing hot meal, serving up fiendish delights. Ralph Fiennes proves no one can best him when it comes to playing villainous characters, delivering a delicious performance we won't soon forget.
8
Cultured Vultures is a pop culture website established in 2013 covering all things gaming, movies, and more. We eat your words.
All The News On The Biggest Games