The final installment of the Netflix trilogy is outstandingly subpar in almost every way. 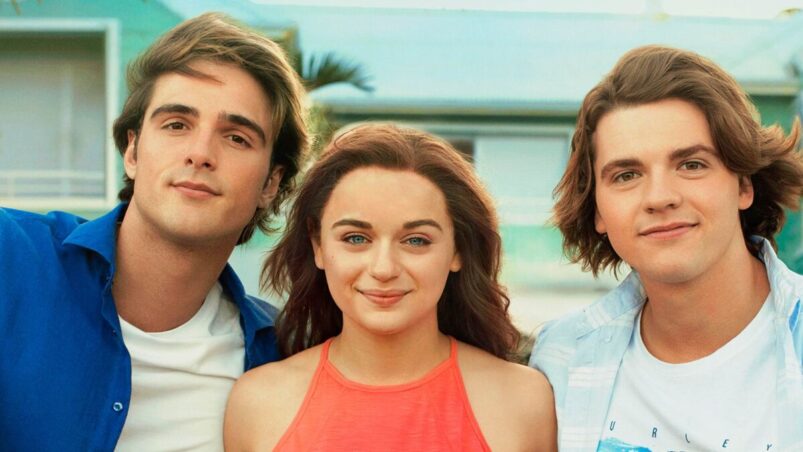 The first Kissing Booth movie came out in 2018, adapted from a Wattpad story written by author Beth Reekles when she was all of fifteen years old. The reality of that last fact has influenced the series from the very start, but it is most evident in this final movie.

Filmed back to back with The Kissing Booth 2, the film follows the last summer of Elle (Joey King) and the Flynns before Lee (Joel Courtney), Elle and Rachel (Meganne Young) head off to college.

The Kissing Booth 3 opens with a montage (one of many to come) of Elle, Noah (Jacob Elordi), Lee, and Rachel off on a road trip that has absolutely no bearing on the rest of the story, except to begin the movie almost exactly like the first one. The similarities are conspicuous — right down to the tone of Elle’s voiceover and Lee jumping into the pool yelling “Geronimo!”.

Elle has to choose between going to Harvard with her boyfriend Noah or going to UC Berkeley with her best friend Lee. Yes, despite having few discernible interests except Dance Dance Mania, little evidence of academic excellence, and negligible extracurricular activities other than setting up a Kissing Booth and disseminating a horde of germs, Elle Evans has been offered admission to both these hallowed institutions, and the deadline to make a final decision looms large at the beginning of the movie.

That by itself would have been enough of a conflict to place the lead in, because the movies have set up how much her friendship with Lee means to her, as well as her efforts to simultaneously prioritize her relationship with Noah. However, instead of focusing on one or two conflicts, the film finds itself overstuffed with problems to rain down on Elle (and to a lesser extent, the Flynns), which leaves little room for satisfying explorations into any of them. Elle has strained relationships with Lee, Noah, Marco and her dad, in addition to stretching herself too thin between several summer projects.

Many of these issues appear for such a brief time that it’s apparent their only purpose was to serve as plot points. This takes away from time that could have been spent developing Elle’s character and who she is outside her relationships to Lee and Noah. A prime example is Lee’s UC Berkeley friend Ashton (Cameron Scott), who appears on screen maybe three times, gives Elle something to glower at, and is never to be seen again.

Marco (Taylor Perez) shows up to undo much of the likeable persona the last movie built around him, and serves mostly as a catalyst for a brief moment of growth for Noah. Elle and Lee’s rules make an appearance in the finale as well, with Rule 19 stating ‘always go to the same school as your bestie’. This is also confusing and slightly redundant, as much of the previous movies had been dedicated to proving that these rules were archaic and impractical, seeing as how they were made by literal children.

Overall, the film is loud, colourful, and packed to the brim with summer activities (like Mario Kart cosplay in an actual go-kart race), to the point where it seems like writer-director Vince Marcello focused more on how many ways his cast could have fun together rather than on the movie itself.

Joey King is an absolute star, and her exuberant charm is a bright spot in an otherwise below average movie. Courtney could have been extremely lovable with a better written character, while Young is given very little to work with as Rachel. Taylor Zakhar Perez is there, while Molly Ringwald’s few minutes on screen reminds the audience that we did know how to create well made teen films once. Meanwhile, Jacob Elordi duly mumbles his lines and mostly looks like he just wants to get the whole thing over with. I feel you, Jacob.

As The Kissing Booth trilogy comes to an end, it’s worth pondering that despite what reviews say, this genre of teen movies routinely make it to the Netflix Top 10 for weeks on end. Maybe we will always need below average movies to turn our brains off to.

The trilogy overall has been harmless fun – an excuse to have its extremely attractive cast grace our screens regularly. There was tremendous potential for it to be the next YA obsession, complete with wacky hijinks, triangles and lifelong friendships. With a little more care, a little more substance for its characters, and a nicer wig for Joey King, the Kissing Booth could really have been something. 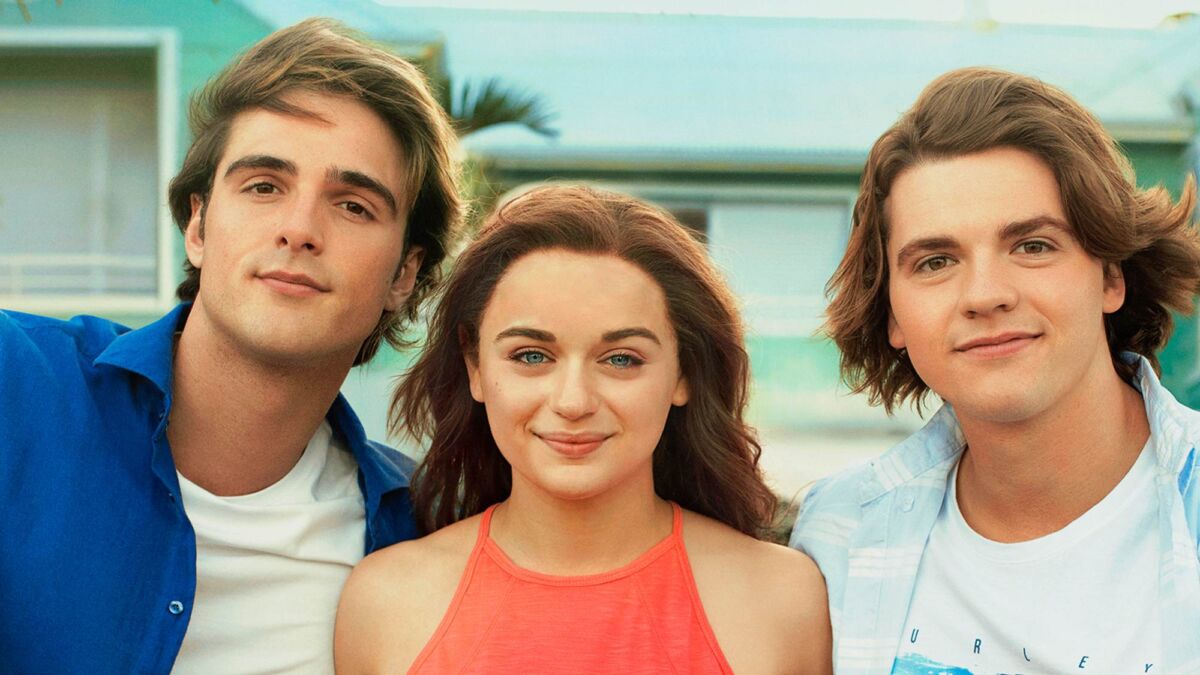 Verdict
If you feel like a saccharine YA romcom series starring attractive twenty-somethings masquerading as high schoolers, feel free to pass on The Kissing Booth. Lara Jean Covey is just a click away.
4
Cultured Vultures is a pop culture website established in 2013 covering all things gaming, movies, and more. We eat your words.
All The News On The Biggest Games