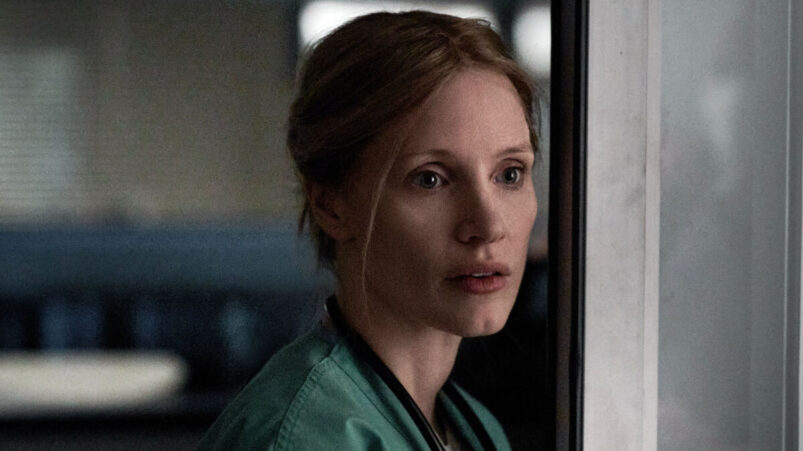 Jessica Chastain won an Oscar this year for her performance as Tammy Faye, and Eddie Redmayne won an Oscar in 2015 for The Theory of Everything. Both these actors are at the top of their game, and their performances here elevate the quality of this film, making The Good Nurse a must-watch.

Amy (Chastain) is a nurse and a mother of two. She works the night shift at Parkfield Hospital and although they’re short-staffed, she does her work in high spirits, and is always empathetic and kind to her patients, as well as their family members. The film lets her actions speak for the kind of person she is, and we’re instantly drawn to her. As we watch Amy struggle with lifting one of her patients, what we assume to be the strenuous nature of the job is really a hidden illness acting up. Amy suffers from cardiomyopathy, and urgently needs a heart transplant, but unfortunately she’s not been in her current job long enough to be eligible for health insurance.

The Good Nurse constantly lingers on the brief moments she has with her girls before they head off to school. It feels so bittersweet because in an ideal world she would be off work getting the care she needs and spending time with them, but her reality isn’t like that. Amy feels a little respite when Charlie (Redmayne) comes to work with her on the night shift. He’s a bit reserved, but Amy’s so warm and good natured that he finds himself opening up to her, and as time goes by, they become good friends. They’re such good friends that Charlie often hangs out at Amy’s house with her girls Alex and Maya. Charlie even discovers Amy’s condition at work and helps cover for her, promising to help her last long enough in the job to qualify for health insurance.

After Charlie’s arrival at Parkfield, there’s a sudden influx of unexpected deaths. Yes these patients are in the ICU, but they were recovering, so their deaths don’t make a lot of sense. After one of Amy’s patients dies, an investigation is launched, yet nothing is done. The police are called in, however, the hospital isn’t above board about things, choosing to obfuscate rather than risk any liability. The movie does a great job at fleshing out how broken the system is, and considering how the movie is based on a true story, the horror truly sits within you as you reflect on the fact that nothing was done for so long.

Redmayne is really good at playing the nice, effable guy, so his sudden shifts into menacing feel really scary. His scenes with Chastain are electrifying, and it can feel quite unbearable as the tension continues to mount scene after scene. Even a simple act of draping a jacket can feel so dangerous, as we ardently hope for her sake that he doesn’t retaliate in some violent way. Tobias Lindholm’s film isn’t flashy or showy, and this is its strength. Its keen focus on these main characters and their relationship is what makes it such a compelling watch.

While The Good Nurse is a crime drama, it could have very easily been a horror, and is a haunting reminder that institutions meant to advocate for our needs are filled with their own cancer that nobody cares about eradicating. 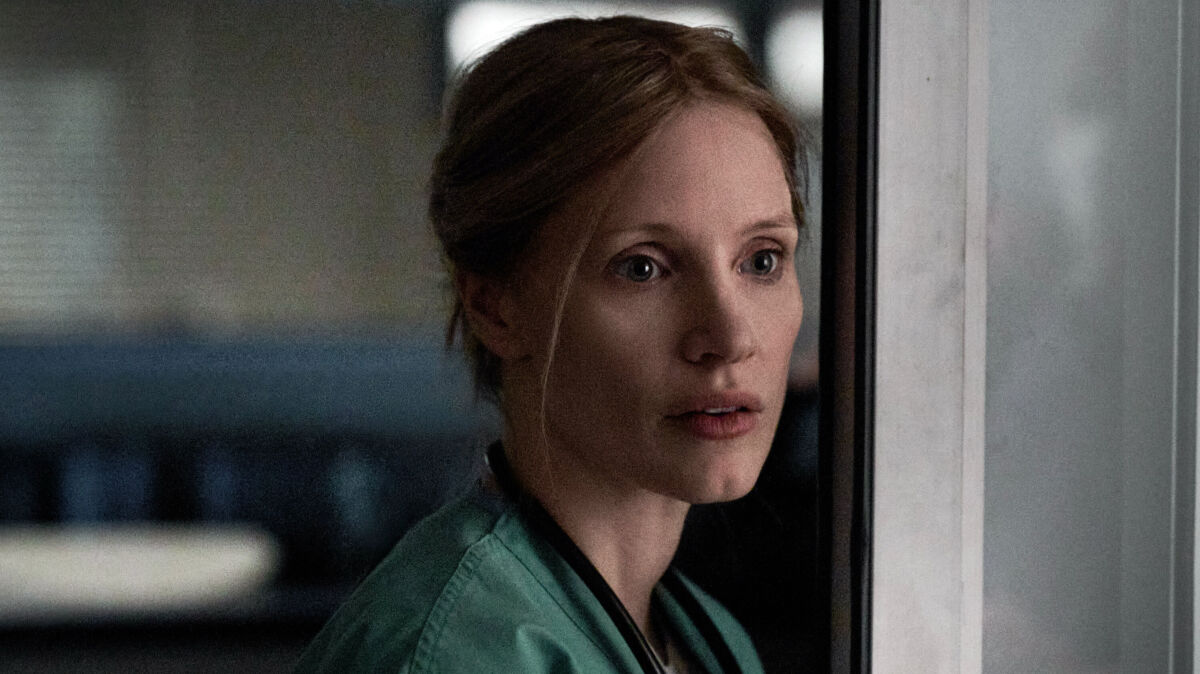 Verdict
It's always a treat to see talented actors strut their stuff, especially two actors at the top of their game. Chastain is typically good, but Redmayne is the scene stealer here, delivering a creepy performance we won't soon forget.
8
Cultured Vultures is a pop culture website established in 2013 covering all things gaming, movies, and more. We eat your words.
All The News On The Biggest Games