The Falconeer Is A Lovely Looking Bird RPG

Something to caw over. 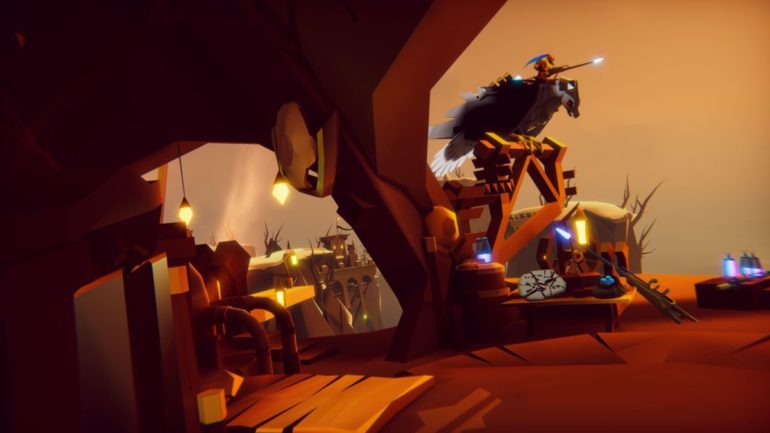 Ahead of a proper look at it during Gamescom, developer Tomas Sala and publisher Wired Productions have shared a first glimpse at the upcoming The Falconeer.

Described as an “ocean-world fantasy aerial combat RPG” (that’s a lot), The Falconeer is due for release sometime in 2020 for PC. You can check out the teaser for it below.

According to the press release, players will jump atop their air steeds to explore a grim world by the name of The Great Ursee where all hope is lost and war has broken out among rival factions.

Players will engage in dogfighting in The Falconeer across an open environment with all manner of beasties waiting on land, sea, and air. The trailer doesn’t really give a lot of glimpses at the gameplay or combat, but it sure is pretty. The below video from the developer gives us a better idea. It’s a WIP, but there’s clearly some promise.

One thing to note: Wired’s last game, Close to the Sun, came exclusively to the Epic Games Store, so we’ll have to see how The Falconeer is distributed.

Press attending Gamescom will be able to take The Falconeer for a ride at the Wired Productions booth, c-050, in Business Hall 2.2.