The Devil Takes You Home is a Bloody, Haunting Thriller 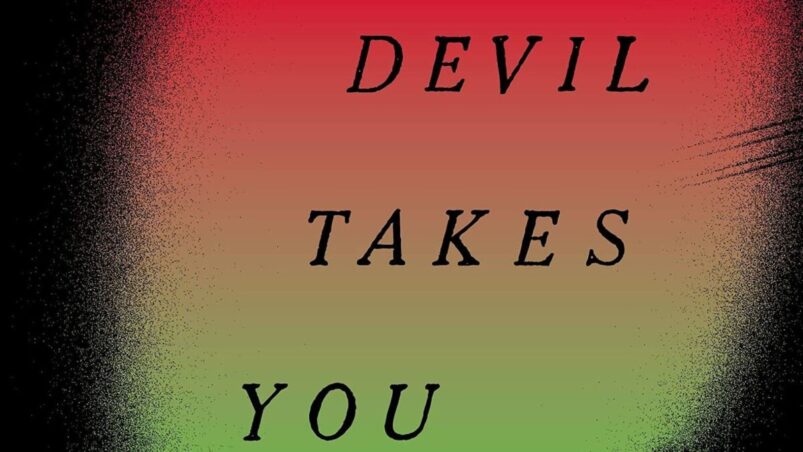 The Devil Takes You Home

Mario is a man pushed to his limits. His beloved daughter gets cancer that seems to refuse to respond to treatment, eventually causing her to pass away at the age of four. The cost of treatment empties his bank account. He loses his job due to spending too much time away with his dying child. His wife, unable to take it all, eventually leaves him. In his desperation, he takes up a job as a hitman to keep up with the bills piling up and for the hope that, one day, he may earn enough to rebuild his life. Eventually, his meth head friend, Brian, and a cartel member, Juanca, come to him with a job that could set all of them up for life. If they can survive it.

“Sometimes, God is your co-pilot, but it’s the Devil that takes you home.”

The Devil Takes You Home is Gabino Iglesias’s first novel from a major publisher, his prior ones having been released through small presses. It’s just as brutal and creepy as his prior ones, and just as filled with intense emotion. From the beginning of the book, Iglesias grips your throat and never lets go.

The novel opens with the news that Mario’s daughter has cancer. Mario goes through every stage of grieving, seeming like he gets stuck at anger and bargaining at the same time. It’s hard to get to the acceptance stage when someone doesn’t even have the means of stopping to take in what’s happened. How can someone accept the death of their daughter when reminders come every single day in the form of bills for treatments that failed to save her? Especially when taking the lives of strangers is the only way that person can find to pay them?

Even on his way to Mexico to complete one final job, Mario is haunted both figuratively and literally. Visions of ghosts follow him, and they can’t simply be dismissed as hallucinations. Brian and Juanca see far too many strange things themselves for that to be the case.

While at its base this is a crime story, it incorporates elements of supernatural horror as well. There are horrifying scenes of occult magic involving mutilation, heavy bleeding, and strange creatures. While Mario and Brian find taking in these sights difficult, Juanca and many of the side characters treat it as a part of their everyday lives. Much like the brutal crimes committed on both sides of the border, the supernatural conducts itself just outside of the eyes of the average, comfortably-living person.

Iglesias doesn’t shy away from commenting on the politics of the ongoing U.S.-Mexico border situation. One of the people Mario and his friends meet on the way to their job is a group of gun dealers who sell to the cartels. As white men, they find little trouble obtaining weapons to sell to under the table. They also maintain a facade of being a patriotic gang that patrols the borders for illegal immigrants attempting to cross. Like many companies in the U.S., they’re happy to exploit the border situation for profit while doing everything to throw struggling immigrants under the bus by appealing to racist paranoias.

Despite the detours the book makes into supernatural horrors, dealing with racist whites, and mingling with cartel bosses, the journey of Mario and his friends feels like it moves quickly. It keeps you turning to page to the final bloody battle. It builds with all the hopes and dreams of Mario, Brian, and Juanca of what they could do with the money they’re aiming for pulsating underneath, and leaves you hoping it won’t crush every single one of them.

The Devil Takes You Home is an enthralling and depressing look at losing everything and trying to rebuild packaged inside a no-holds-barred thriller full of creepy and disturbing imagery. Gabino Iglesias introduces himself to the mainstream literary world kicking down the door and guns blazing with this novel. This is one journey into the darkness well worth taking.