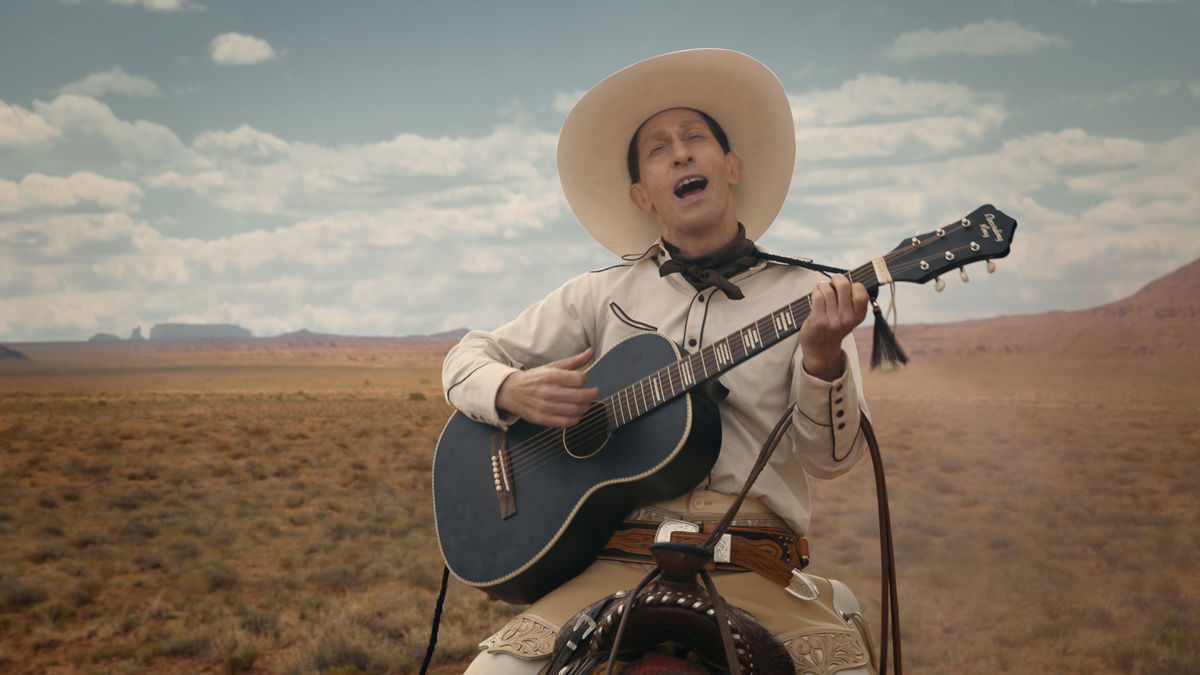 If you thought you liked the Coen Brothers’ take on the traditional Western movie, then brace yourself: the duo that brought us a grittier remake of True Grit is about to get anthological.

The Ballad of Lester Scruggs will feature grizzled prospectors, covered wagons, and a showy, dolled-up gunfighter who would put the Duke in his pinkest collared shirts to perfect shame. In this trailer, we get the sense of a snappy, action-focused set of disparate stories, themselves possibly a mixture of reality and embellishment on the parts of the passengers of a dark stagecoach. Who kills a man in the open at two hundred yards with a pistol, much less while firing over his shoulder?

No one argues that the American obsession with the Western is problematic, but the U.S. struggles to escape its inner cowboy. Sometimes, this struggle manifests as Westworld, where we wonder how much of our rugged individuality is programmed into us by media makers with inscrutable, profit-driven goals. At others, it bursts forth as a Tarantino morality play, Django Unchained or The Hateful Eight, where larger-than-life gunmen face some of the unpalatable realities of the idealized frontier era.

But the Coens are clearly dealing with a different kind of cowboy: the one for which Americans, whether openly or secretly, still bear a great deal of affection. The film’s star power alone will draw fans and popular praise. The Ballad of Buster Scruggs will be a blast, and it will be excellent, because the Coens themselves are both. As the Western continues its surprising 21st-century Renaissance, it remains to be seen if this addition to the oeuvre will lean toward nostalgia or to the return of a trend.