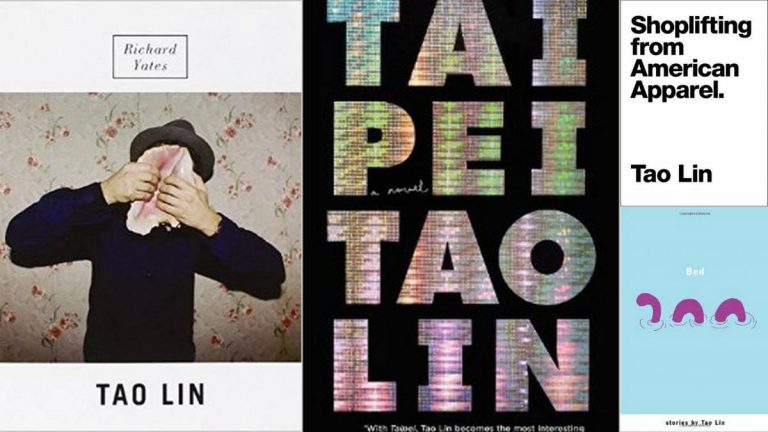 Most people who follow contemporary literature should know who Tao Lin is. Bursting on the scene in the mid-2000s, Lin formed his hype though Tumblr, Reddit and even inspired a 4chan based meme because of his active web presence, transparent self-promotion which often showcases his personal life more than his work (and often, it is hard to tell the two apart). Still, if you’re reading contemporary literature, Lin is a name that has been written somewhere, especially since his latest novel, Tai Pei, marked Lin’s departure from small-presses to release the novel with Vintage.

Due to not having read either of Lin’s poetry books, you are a little bit happier than I am and cognitive-behavioral therapy, nor the upcoming book with Mira Gonzalez, Selected Tweets, I will be strictly sticking to Lin’s fictional works.

Lin’s debut novel caught many people off guard. Rightly so. It combines the mundane human tendencies such as longing and love in a MacBook world with the surreal of talking dolphins and unexplained weirdness. Eeeee Eee Eeee may not be Lin’s best writing, but out of his bibliography it benefits from being his most experimental, not appearing as true to life as his later works. This is one of the two works to give to somebody whom is not familiar with Lin’s work, because the writing about human emotions will either draw them in, or the bizarre elements that don’t appear as much in Lin’s latter work would prove charming to any reader.

The observation but lack of commentary on the boring human condition:
Bed (stories, 2007)

Lin’s stories begin his trend for chronicling the day to day life of people without the surreal. Stories follow college students, families as they try to escape the boredom of life, typically without much success. The fault with these stories is that while they cover people trapped in life, they never show any answers or commentary on how people get that way – they just serve as snapshots into the dulled conscious. Fans who seek resolutions should steer clear of these stories, yet those who enjoy Lin’s witty expressions, weird observations and we’re-all-fucked point of view.

The novella that blurs the line between art and reality:
Shoplifting from American Apparel (2009)

This novella begins to show Lin’s incorporation for the 21st century in his writing. Starting with a G-chat with two authors talking about life, their amazon sales ranking and more. Apparel develops Lin’s disillusioned youth theme, not to the greatest extent that is seen in his later work, but it showcases the flashes of brilliance to be seen in the future.

The sophomore novel that is a step further in an uncomfortable direction:
Richard Yates (2010)

Richard Yates follows Lin’s development in his novella and applies the same format of troubled life in the 21st century to a romance. Once that occurs as much over email and messenger than it does in person. The novel is an ahead of its time display of how relationships will occur, especially more important now in a lifetime of people swiping left and right to find their fiancés. The only issue that stops this being Lin’s best novel is how unlikable the narrator is. One has to almost push away that Lin tends to write extremely true to life with the treatment of the protagonist (and, to the reader, antagonist) to his girlfriend. Still, Lin’s scope of life shines here, his writing style observant and funny.

The accumulation of the skills in one novel:
Tai Pei (2013)

Tai Pei is as close a look into Lin’s personal life and what it’s like to be a successful author in the 21st century, showing more true-to-life detail in a novel than any book of nonfiction could. Lin’s exploration of love, depression, loneliness and the human condition in the modern era reach its best point yet in this novel, spanning multiple countries and displays his advanced skills with writing.