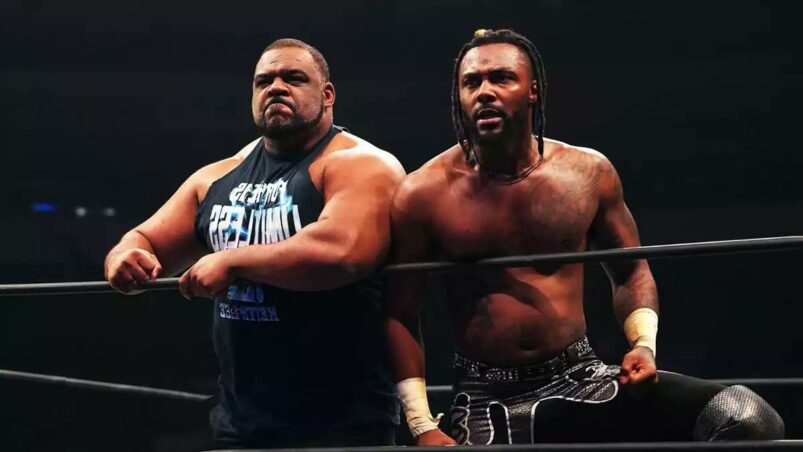 The team of Keith Lee and Swerve Strickland captured their first AEW gold as part of Fyter Fest’s first night of action. Swerve in our Glory defeated both The Young Bucks and FTW (Ricky Starks and Powerhouse Hobbs) to dethrone the Bucks in their second AEW Tag title reign. After the match, ‘Limitless’ Lee dedicated the championship victory to a close friend who’s battling cancer.

The win came following a huge dive from Lee to the outside and a stomp from Swerve to put an end to the contest. This championship win has drawn some questions from fans since the duo have been teasing a split in recent weeks, since Swerve eliminated Lee from the Interim AEW Championship battle royal.

Regardless, this is a great first moment for both wrestlers as part of the AEW roster. The Tag division is absolutely stellar in AEW, a great place for both Keith Lee and Swerve Strickland to continue wowing audiences with their unbelievable talent.