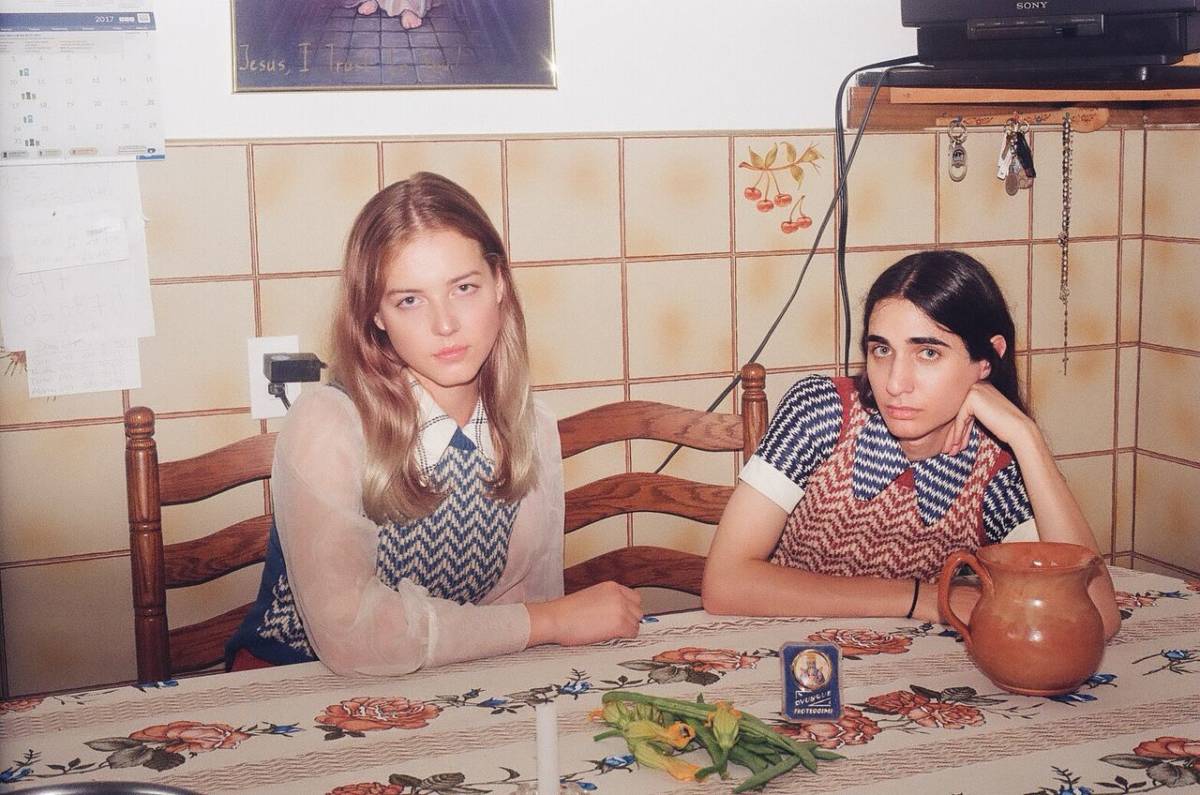 Transgender filmmaker Luis De Filippis took some time this week to speak with Cultured Vultures about her short film, For Nonna Anna. The film, starring Maya Henry, held its world premiere during the 2017 Toronto International Film Festival and holds its U.S. premiere on Friday during the 2018 Sundance Film Festival.

Thank you for joining us today. How are things treating you?
Good. I woke up and it feels like a winter wonderland here in Toronto. It’s beautiful, but also I don’t feel like leaving my house today and I have things to do so yeah, but it’s been good.

This month has been a great month for transgender filmmakers and talent with a number of films being released or screening at Sundance and Slamdance. What are your thoughts on the current state of transgender representation in the industry and where do you think the industry is headed?
I think we’ve made some great stride in self-representation and I think that’s really vital to us telling our own stories. For so long, our stories haven’t been told by us with compassion and accuracy. I think it’s great that we’re able to tell our stories and we’re getting the recognition we deserve but if the programmers and the funding bodies and basically the gatekeepers aren’t open to our stories then people aren’t seeing them. It’s been really great that we’re getting the platform and the visibility that we need to tell our stories. I’m really looking forward to seeing more stories and more experiences being told. For Nonna Anna is only one experience and only one story and we need a lot more because obviously, there are so many different kinds of experience and stories to be told—especially from trans women of color, who I think need the loudest voices right now. I’m really looking forward to seeing more experiences on screen.

I know I’m working on a screenplay myself that I originally developed as a sitcom pilot through Second City before deciding on a feature film as a way of finding an audience through the festival circuit.
I think film is great because there’s so many different ways in which people can see film. They can see film through festivals. They can also hopefully see film on the internet. That’s where it it opens the door for visibility as well.

What was the reaction following the world premiere in Canada?
It was great. I had a lot of people come up to me after and just thank me for the film or tell me stories of their own experiences. The screening for the shorts program in Canada at TIFF works where they screen a bunch of different films together in one block so they had come up to me to say they had specifically come up to TIFF to see For Nonna Anna, which felt great, because they had younger cousins or sisters and brothers who were going through similar experiences of coming out or were kind of coming to terms with their authentic self and it felt really great to know the story was impacting people at a very personal level. I guess, at the end of the day, that’s what I what I went into the project in mind. Like that’s I wanted to make something that was honest to me and hopefully that would be honest to other people. The project also kind of works as my coming out in a way. It spoke for me in ways that I couldn’t really speak for myself. It was the first time I think that my more extended family has seen that side of me. It was the first time that I was able to tell that story regarding myself and my great-grandmother.

I read your essay in Broadly and it’s one that I can relate to with dreaming that I would wake up as a woman. When you were growing up, what did you make of these dreams or nightmares? Did you think it was a phase or that it was perfectly normal for anyone to have?
I definitely did not think it was perfectly normal for everyone. I knew that it was something that was going on with just me and I never expressed it with anyone. I grew up Catholic. I was taught if you have an issues, just pray to G-d and they will fix it. I will wake up and I will be a girl. Every morning, of course, I would wake up and still have the anatomy of a boy. I’d feel like, that didn’t work so I’ll try again tonight. I’m still kind of processing that memory in a weird little way.

It’s always interesting to learn about others’ experiences. I shared a bedroom with my brother and was afraid of saying something in my sleep that he could hear.
I also shared a room with my brother. We were in a bunk bed. I was on top and he was on the bottom bunk of the bed. I also apparently laugh in my sleep. Sometimes, my sister sleeps with me and she’s always like, you always laugh in your sleep or talk in your sleep. I get that fear. Secrets getting out while you’re sleeping–not good.

Do you have any other projects in the works?
I do have some other projects in the works. They all kind of revolve around the queer community and LGBTQ visibility in one way or another in just telling more stories and more experiences from our community—especially, there’s a project that I’m working on right now in the early stages. It’s s a documentary about older LGBTQ community members because I feel like a lot of the representation in the media focuses on LGBTQ youth and not so much on the elders. I think we do need to talk about them. We need to talk about their stories and their histories and their struggles just because I think we have more of a rounded perspective of where we’re going if we kind of know where we came from. It’s also a way to honor their experiences because they were at the forefront of the movement in getting all the rights and privileges that we benefit from today.

Is this going to be your first Sundance or have you been before?
I’ve never been before. This is my first Sundance. I’m very excited and very anxious. I hear it’s a blast. I hear you get no sleep so we’ll see how other things measure up.

It’s my first as well. Thanks again for your time and maybe I’ll see you at the festival.
That would be nice!

An official selection of the 2018 Sundance Film Festival, For Nonna Anna screens with the Shorts 4 program.