The Force is strong with these systems. 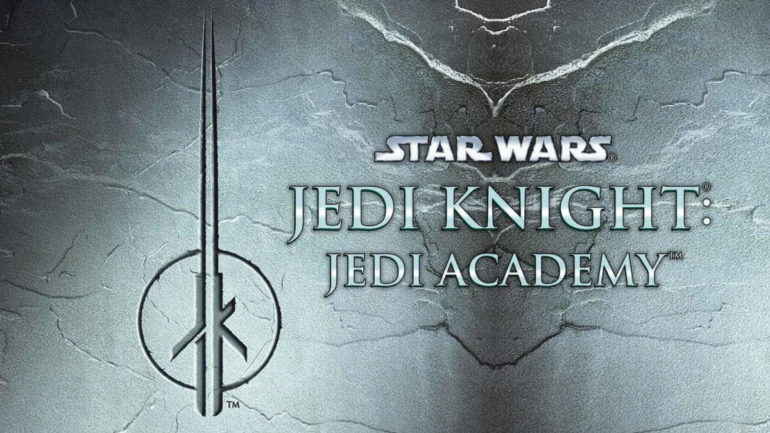 If you’re a Star Wars fan and you’re looking for new options to keep yourself entertained during the current UK lockdown, you’re in luck, as Star Wars Jedi Knight: Jedi Academy has now been released on the PS4 and the Nintendo Switch for £17.99. It was also confirmed during today’s Nintendo Direct Mini that Star Wars Episode I: Racer will be coming to the Switch as well, although no release date was given.

Originally released on PC in 2003, Star Wars Jedi Knight: Jedi Academy takes place after the events of Return of the Jedi, with the player controlling a Padawan training in the ways of the Force at the new Jedi Academy on Yavin 4. With this being a Star Wars game, Force powers and lightsaber combat naturally play a key role, and you’ll even have to construct your own unique lightsaber at the start of the game. Particularly skilled players will even be able to wield a double-bladed lightsaber like the one used by Darth Maul in The Phantom Menace, so your enemies will never know which side you’re attacking from.

Although it features a rich Legends continuity storyline, Jedi Academy is also famed for its multiplayer options, which allow you to compete against various other players in a variety of modes and challenges. With everything from siege to capture the flag, it sounds like Star Wars fans will be playing this right up until the next movie comes out in late 2022.

While it was developed by Raven Software and originally published by LucasArts, the PS4 and Switch release of Jedi Academy comes from publisher Aspyr. This re-release also features modernised controls, and the PS4 version has trophy support. Interestingly, when you’re not using a lightsaber, you’ll have the ability to alternate between third and first person viewpoints, meaning you’ll enjoy Jedi Academy regardless of your playstyle. So whether you’re a hardcore or casual fan, it looks like Star Wars Jedi Knight: Jedi Academy is a game which will definitely be worth your time.