Sir Patrick Stewart returns to the role of Jean-Luc Picard, 18 years later - but can you just get back in the saddle in the far future? 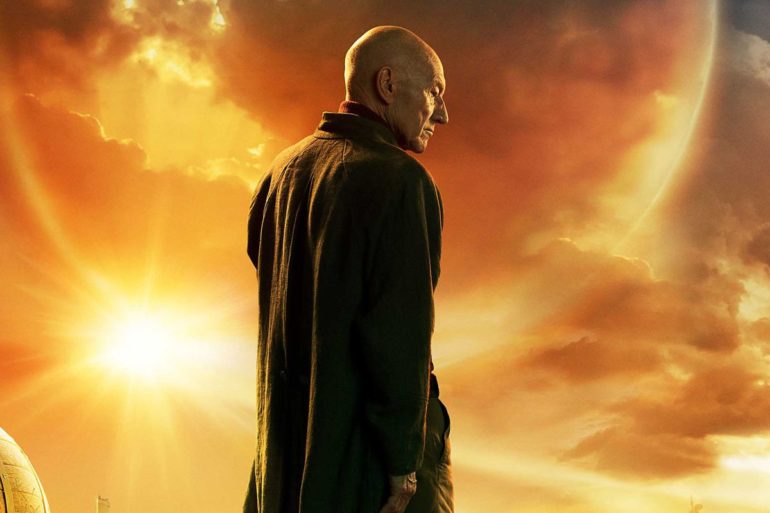 When it was first announced they were making Star Trek: Picard, and having Sir Patrick Stewart return to the role that defined his career as an actor, you may have wondered ‘has he had an expensive divorce?’ While this isn’t the main impetus, the motivations behind the show are similarly cynical, but in a different sense. ‘Remembrance’ is quick to break with Star Trek’s traditionally optimistic view of the future and depict a more insular, inward-looking view of humanity. Stewart himself characterises the show as “responding to the world of Brexit and Trump and feeling, ‘Why hasn’t the Federation changed? Why hasn’t Starfleet changed?’ Maybe they’re not as reliable and trustworthy as we all thought.”

Star Trek commenting on real-world politics is nothing new. The Original Series had a painfully on-the-nose episode about racism. Star Trek: Picard’s analogy du jour is almost as plainly a reference to migrant crisis, although it’s a slightly mixed metaphor, drawing from both Star Trek: Nemesis (the final The Next Generation film adaptation), and J.J. Abrams’s rebooted film series, which had been previously established to take place in different realities. Though granted, this kind of multiple-universe confusion is catnip to classic-model nerd franchises like Star Trek.

Of course, Abrams’s reboots were a break from the established franchise as well – rejecting the old mix of philosophy and space-lunacy in favour of injecting in the same sorts of elaborate, CGI-heavy action scenes as you’d find in any blockbuster movie. Star Trek: Picard has followed them down this route, although thankfully ‘Remembrance’ isn’t asking us to buy Stewart himself as an action hero. There have been many jokes made about Stewart’s eerily ageless quality, but this gives the lie to the whole idea – to his credit, he certainly doesn’t look nearly 80, but nobody’s going to mistake him for the 40-something he was in The Next Generation either. So, unwilling to stretch suspension of disbelief that far, or to digitally rejuvenate him like The Irishman, the show’s had to shoehorn in the action another way.

In this age of identity politics, a great number of female sci-fi characters have been described, rightly or wrongly, as ‘Mary Sues’. The term broadly refers to characters who lack any compelling flaws, although it stems originally from a legendary piece of Star Trek fan fiction which satirised that community’s tendency to create overly-perfect, wish-fulfilling self-insert characters. Read it for yourself – it’s five short paragraphs and paints a very clear and distinct picture.

(Sure enough, art imitated fan-art when Wil Wheaton’s character in The Next Generation, Wesley Crusher, was accused of being franchise creator Gene Wesley Roddenberry’s Mary Sue.)

There’s a character in ‘Remembrance’ who, it must be said, isn’t really an example of a Mary Sue – they’re plainly a common sci-fi variant of the Manchurian Candidate-type. However, they do tick an alarming number of the boxes. They’re directly related to an established character, they immediately have the undivided attention of another established character, they’re implausibly good at martial arts, and, yes, they die heroically before their time.

To introduce a major, plot-important character and then kill them off within one episode makes sense in self-contained stories – here, in what appears to be a longer multi-episode narrative, it seems self-defeating. But to then introduce their identical twin seems utterly shameless. Make no mistake, this isn’t a flaw of the character (though if their twin turns out to have an identical personality as well, that will be), it’s a flaw of the writing.

The reason ‘Mary Sue’ is often a bit ill-spirited as a pejorative is that we already have a word for fictional characters who are in most or all ways better than normal people, and it’s ‘protagonist’. Picard himself is the main event here, as you may have gathered from that subtle clue in the title, and in a way he’s now more of a protagonist than ever. In Treks of yore the captain was arguably your main guy in a first-among-equals way, but the episodic format would cover stories led by any and all members of the central cast. This show, by contrast, is already very clearly ‘the continuing adventures of Jean-Luc Picard’.

Patrick Stewart was the strongest part of The Next Generation, and is still, by a country mile, the strongest part of this. So it’s a shame they give him little that’s much stronger than fumbling through an ersatz detective plot, or otherwise leaping wildly from one location to the other while other characters lead the narrative. Obviously they have to wangle some way to get Picard out of retirement for one last job, and this is of course the goal, but the way they go about it seems terribly artificial – as though it’s all something happening to him, rather than what he’s actively doing.

‘Remembrance’ is at its best when it is actually remembering things, and we have Picard being interviewed about the glory days – so much so that I can’t help but think this would be much stronger as a mockumentary where he talks us through some incredibly important fictional events. Some people get patriotic and belligerent when they’re drunk, I get that way when some sleazy journalist has the temerity to question Picard’s military record. And while you’re at it, fictional journalist, get Lieutenant-Commander Data’s name out of your hack mouth.

Speaking of Data, they’ve wheeled out Brent Spiner for this, too – although his appearance in ‘Remembrance’ is limited entirely to dream-sequence cameos. I’d call it nostalgia-baiting, but given that this is the show where the franchise brings back Picard and called it Star Trek: Picard, that would be like calling the ocean a bit damp. The ‘coming up this season’ trailer at the end of the episode also shows off Jonathan Frakes, Martina Sirtis, and Jeri Ryan, so you have to at least give them credit for saying ‘yeah, we’re capitalising on people’s fond memories of these Star Trek actors, who wants to make something of it?’

But what this full-season trailer also says is that ‘Remembrance’ was not a pilot episode that had to worry for a shuffling second about bringing its A-game to the table. The creators knew perfectly well they already nailed down their commission for a full season, and so didn’t have to bother opening on a particularly strong note – which even the shaky Star Trek: Discovery managed.

Neither does what it presents for us to look forward to provoke much confidence. Star Trek: Enterprise, the weakest entry of the franchise already, brought back Frakes and Sirtis for its famously dreadful final episode – while this wasn’t really their fault, it did poison the well for any time they returned in future. And the overarcing plotline of ‘a beloved character’s child gets into dumb trouble’ has never been a good thing, no matter how many familiar faces it’s swaddled in. 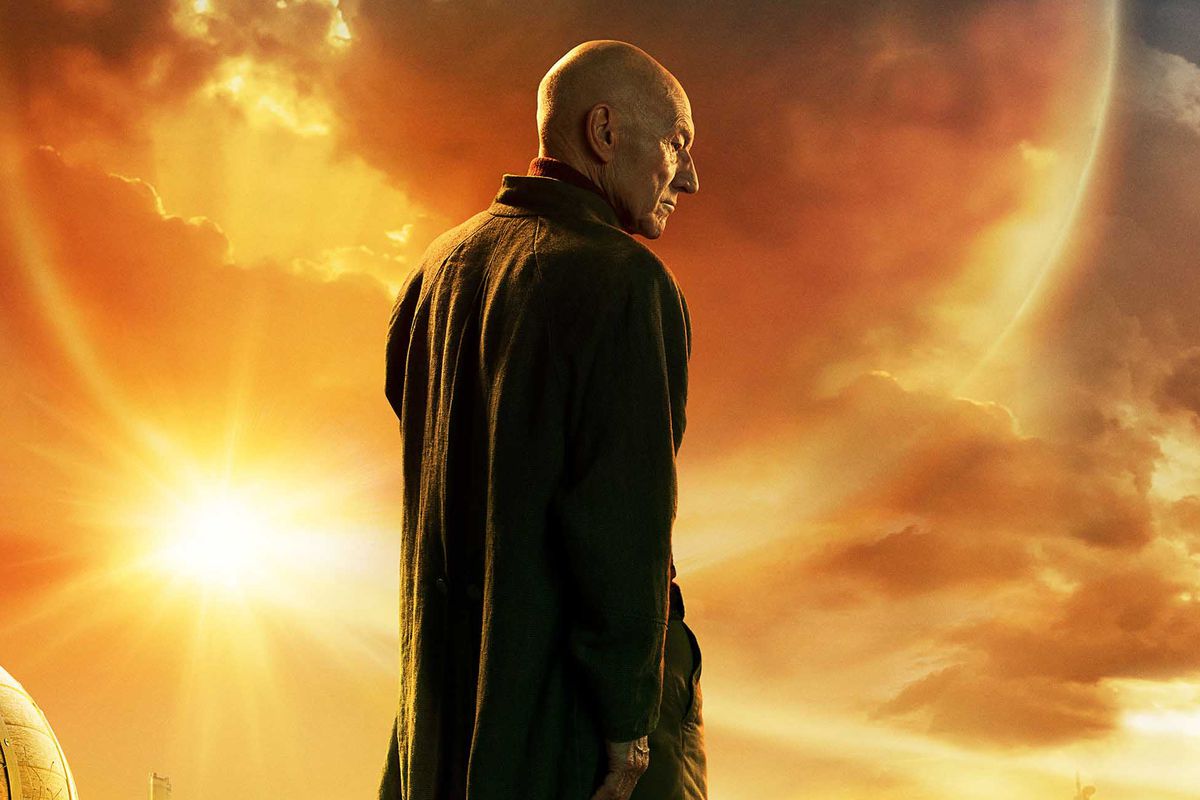 Verdict
Patrick Stewart could make reading the phone book out loud compelling – but the phone book has the advantage of moving naturally from A, to B, to C. 'Remembrance' is leaning on its classically trained frontman just as much, but lacks the clarity.
5.5
Cultured Vultures is a pop culture website established in 2013 covering all things gaming, movies, and more. We eat your words.
All The News On Your Favourite Games