5 Things We Want From Sonic The Hedgehog 2

Are you looking forward to the movie sequel? 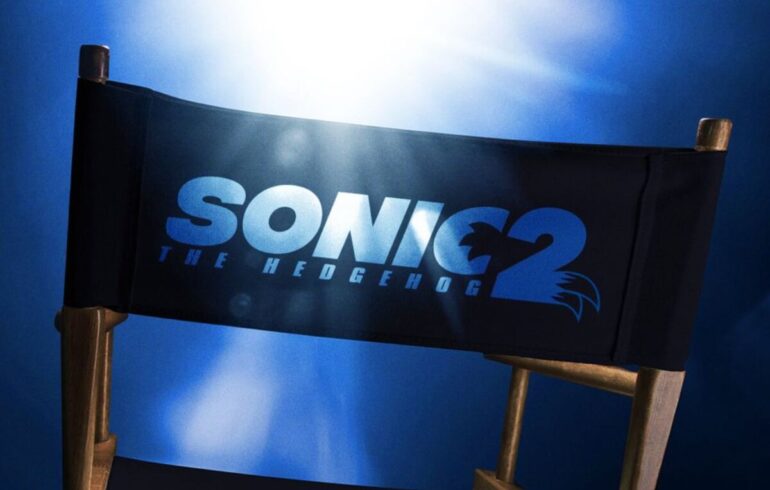 Director Jeff Fowler recently confirmed on Twitter that Sonic the Hedgehog 2 has now started filming. Since Fowler did a decent job directing the first film, I’m confident he’ll also make fans happy this time around. Shooting will take place across Vancouver and Hawaii over the next few weeks, and the film will be released by Paramount on April 8, 2022.

Ben Schwartz will return to voice Sonic in the sequel, with James Marsden and Tika Sumpter also reprising their roles as Tom and Mika Wachowski, the couple who effectively adopted Sonic at the end. However, it’s currently unclear if Jim Carrey will reprise his role as the villainous Dr. Robotnik, as there has yet to be an official announcement regarding this. Plot details are scarce, although we do know that Sonic the Hedgehog 2 will feature the titular alien blue hedgehog encountering Tails, the anthropomorphic fox who appeared during the first movie’s mid-credits scene.

Although its theatrical run was cut short by the COVID-19 pandemic, Sonic the Hedgehog still grossed $319 million at the box office when it was released last year. The film received mildly positive reviews from critics, with praise going towards Carrey’s performance and the redesign of Sonic. I’m hoping the sequel will also be a hit with critics, so I compiled a list of five things I want from Sonic the Hedgehog 2 in order for it to be just as enjoyable as its predecessor, if not more so. And don’t worry, before you ask: I’m not going to say that I want Shadow the Hedgehog to appear in the sequel.

Jim Carrey was arguably one of the best things in Sonic the Hedgehog, with even critics who disliked the film praising his performance.

The Golden Globe winning actor played the role of Dr. Robotnik with a level of energy and eccentricity that instantly became memorable, making the character one of the best film villains of 2020. It was hard not to laugh when Robotnik unashamedly screamed “I’m in charge!” to a field of fully armed soldiers, or when he loudly declared his love of lattes to his nervous subordinate. Carrey bought his unique style of comedic acting to his performance as the fan favourite villain, and the result was glorious to behold.

While Carrey has not yet been officially confirmed to reprise his role as Robotnik in Sonic the Hedgehog 2, it would be a damn shame if he doesn’t come back. Because I don’t think anyone would say no to another helping of Jim Carrey’s hilariously over the top performance as the evil scientist hellbent on capturing Sonic.

2. More Interaction between Sonic and Tom

Throughout the first movie, Sonic came to view Sheriff Tom Wachowski as a kind of father figure, and the interaction between the two seemed both genuine and heart-warming. Keep in mind that Sonic was depicted as a teenager throughout the film, so he needed a more mature figure in his life to guide him and help him make the right decisions.

On the other hand, Sonic also gave Tom some solid advice and helped him to appreciate what he already has instead of wanting more, with the hedgehog even managing to convince him to remain the sheriff of the small town of Green Hills instead of moving to San Francisco to become a big city cop. Ben Schwartz and James Marsden both delivered strong performances in their respective roles, and their interactions seemed believable even though Schwartz was only providing his voice throughout the film instead of delivering a physical performance.

So when the sequel rolls into town, I hope to see more interaction between the two, which seems likely as Tom literally adopted Sonic at the end of the film. Sonic may be an alien blue hedgehog, but his friendship with Tom made him seem like a very human character, so it would be great to have more of this.

While most of the supporting cast of the Sonic franchise have been forgettable one note characters who were generally disliked by fans, there’s no denying that Knuckles the Echidna is a character who has actually had a positive impact on the series. He’s one of the few supporting Sonic characters who can truly be described as cool, making him ideal for a big screen outing.

First appearing in Sonic the Hedgehog 3 back in 1994, Knuckles is generally depicted as a more short-tempered counterpart to Sonic, so while he usually tries to do the right thing, his anger and recklessness sometimes get the better of him. He also has a reputation for being a loner, and will typically only team-up with others when he has no choice. However, despite his more cold and distant personality, he does slowly warm to Sonic and his other friends over the course of the series, proving that he does indeed have a soft interior underneath his rough persona.

Seeing as Sonic was shown to be desperate for social interaction in the first movie, it would be interesting to see how he reacts to meeting someone more accepting of a loner lifestyle who just wants to be left alone. And it would also be fun to see a more impulsive and ill-tempered character teaming up with Sonic, as their contrasting personalities would certainly make for enjoyable viewing.

After Sonic and Tails, Knuckles is probably the regosnisable non-human character from the series, so it would make sense for him to appear in Sonic the Hedgehog 2. While nothing regarding Knuckles in the sequel has been confirmed yet, I’ll keep my fingers crossed for the abrasive red echidna to show up in the film.

Tails, Sonic’s fox friend from the games, appeared during the mid-credits scene in the first film, where he was shown to be searching for Sonic. We can assume that Tails will be a prominent character in the sequel, but I hope he is actually depicted as a fully-developed character and not just a typical generic talking animal. In other words, it would be great for him to have a well-defined personality instead of just appearing to move the plot forward.

One way for the filmmakers to achieve this would be to show off Tails’ personal interests so that we have a better idea of who he really is underneath. Just as Sonic was shown to love baseball, playing the guitar, reading Flash comic books, and interacting with real animals in the first film, Tails is also bound to have his own unique interests and hobbies which should be fun to show off onscreen so that we can learn more about him. Similarly, his dialogue could convey his personality as well, just as Sonic’s dialogue conveyed that he was a fun loving teen who cared deeply about his friends despite occasionally seeming immature. Sonic was very much a fully developed character in the first movie, and hopefully Tails will receive just as much development in the sequel.

One of the best things about last year’s Sonic the Hedgehog was the simplicity of the plot, which focused on Sonic trying to open a portal to another world so he could escape from Robotnik, before deciding that he actually wants to remain on Earth after all. Sure, that may not sound too captivating at first, but keep in mind that this is a kid’s film with a highly likeable central protagonist, so we don’t need any of the overly complex scenarios which are all too prevalent in superhero style movies these days. This is a movie about a talking blue hedgehog, so audiences probably won’t go in expecting to see him traveling throughout time and space to retrieve the Infinity Stones or attempting to solve the mystery of the Anti-Life Equation.

With a film about Sonic the Hedgehog, less really is more. So with luck, returning screenwriters Pat Casey and Josh Miller will have taken note of how both younger and older audiences reacted positively to the simplicity of the first movie so that they can take a similar approach with Sonic the Hedgehog instead of overloading it with convoluted plot details and elaborate world-building. Audiences will go into a Sonic the Hedgehog movie expecting a simple and fun adventure featuring the titular likable protagonist, which is what we should be getting with Sonic the Hedgehog 2.

READ NEXT: Games of the Generation: Sonic Mania