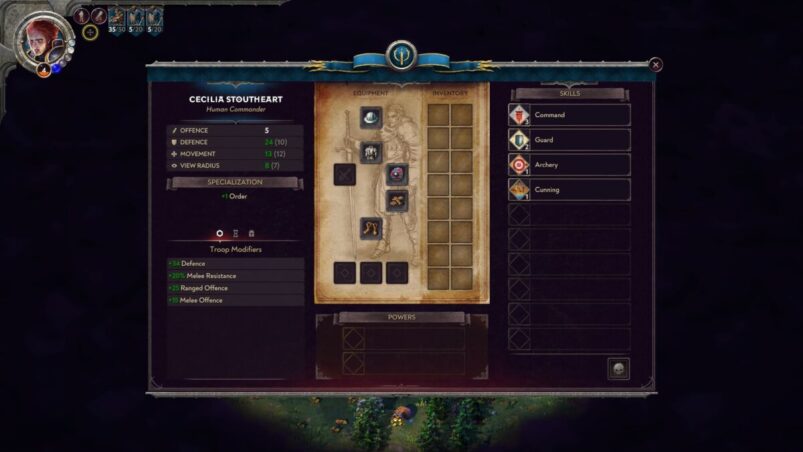 In Songs of Conquest, players will take command of heroes, or wielders in this world, to complete campaign objectives and defeat opposing wielders. Since they’re so vital to the strategic gameplay, it’s critical to understand each facet of a character’s makeup to tailor them to your playstyle.

Here’s everything you should know about characters in Songs of Conquest.

All wielders will be associated with a class, which can be found under their name on the character management screen. Each of the four factions has two distinct classes, with one typically preferring troop buffing and damage, whereas the other is usually optimized for magic and special abilities. These class distinctions aren’t categorical, but will often affect the character stats.

Perhaps the most important component of a wielder, skills are what define the character’s strengths and preferences the most. In fact, every time a wielder levels up, players will have to choose one of three that may unlock new skills or upgrade older ones.

Skills can include improving the wielder’s command rating to bring more troops in, unlocking permanent mana or Essence of a specific type, or even a passive ability that improves unit stats and performance. Essentially, the skills section is where you’ll craft the character into a leader that best suits your playstyle and your desired strategy.

Aside from skills, characters will have the option of learning exceptionally powerful faction-specific abilities to further improve their strategic and tactical prowess.
Starting at level eight and every subsequent eighth level gain, a specific wielder can select a new power or upgrade a previously unlocked one. While not as defining as skills, powers can give that extra punch to a character in battle or unlock new tactics for your forces.

Like every good adventure game, your wielders will come across plenty of loot in the form of wearable items and trinkets. Equipment slots include the head, one for each hand, the torso, gloves, footwear, and three trinkets. Equipment will usually improve character stats or generally have some beneficial effect on your troops and ability to campaign.

Movement defines how many movement points the character has on the strategy map, while the view radius stat answers for their view distance and ability to discover points of interest from further away.

Higher stats will mean better performance on the strategic map and in tactical battles.

Every faction has its own roster of wielders to choose from in the skirmish mode, with some even appearing in the campaign’s story. Each of these wielders comes with a specialization – a feature or bonus that is unique to them. These can range from innate Essence generation to a powerful tactical troop buff.

All these skills, stat bonuses, and abilities can get confusing, so the developers include a handy menu in the character screen that summarizes the wielder’s effects on their army. The modifiers section of the character has three subsections: army modifiers, bonuses from adventuring, and bonuses from equipment.

In essence, the modifiers section simply concentrates relevant information for the player to track when evaluating the effectiveness of their character and how they affect their troops under their command.

Characters will be the swords to bring you victory and the shields that will protect you from invading wielders. How will you kit your wielders out to best explore the world of Songs of Conquest and bring you victory?

READ NEXT: Kaiju Wars Strategy Tips To Help You Fight The Kaiju