Is Skull and Bones Coming to Xbox Game Pass? 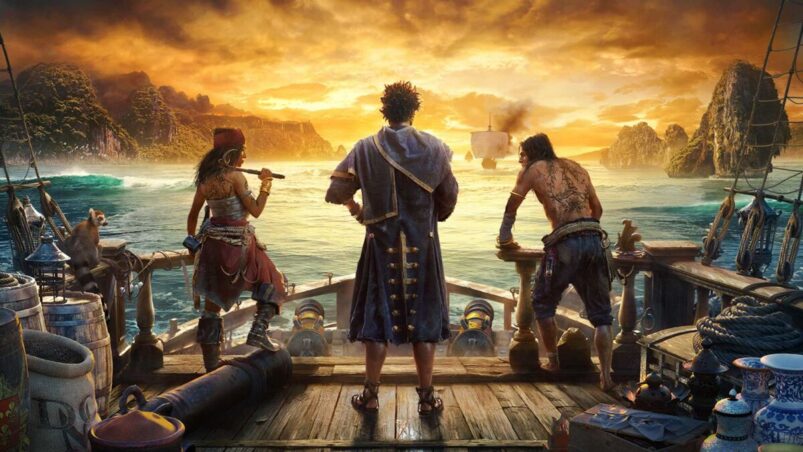 Buccaneers at heart should prepare for Ubisoft’s upcoming pirate adventure through open water. Skull and Bones aims to let players experience the thrills of a pirate’s life, whether that entails being a commander of a fleet of ships, hunting for glorious treasure, or ruthlessly sending rivals to their watery graves, but can they do so on Xbox Game Pass?

After several delays, Skull and Bones finally has an official release date. This is quite a big deal, as the game spent close to 10 years in development and was continually pushed back. Skull and Bones will launch on March 9th, 2023, and will be available on PC, PS5, and Xbox Series X & S.

With all of the changes implemented to the game since it was first announced back in 2017, fans are curious to see if Skull and Bones will head to Game Pass for a cheaper way to see what it truly entails. However, it wouldn’t be wise to hold your breath, as a game day Game Pass release isn’t confirmed.

About Skull and Bones

Skull and Bones is a pirate-themed MMO that takes the form of a third-person adventure game set in an open world. There are a ton of trailers for Skull and Bones, but these don’t properly reflect the end product, as the game was heavily overhauled during development. The newest gameplay trailer shows a quite different direction for Skull and Bones than earlier trailers, and it looks amazing.

Before becoming a captain, you’ll start as a simple shipwrecked pirate with no seafaring vessel to your name. Once a rudimentary ship has been crafted, players can rise to the rank of Pirate Lord by exploring and pillaging the world around them. Eventually, players can unlock the social haven of Madagascar, where they can meet other players and go on raids and side quests.

You can either embark on a solo or co-op campaign in the Indian Ocean or undertake some PvP action as you team up with five other players in Disputed Waters. There are also three different vessel types players can acquire, including Cargo, Combat, and Navigation.

There’s no guarantee that Skull and Bones will get a game day release to Game Pass. Microsoft and Ubisoft, the game’s publisher, have partnered together a few times to release games, such as Rainbow Six Extraction. This partnership could hint at a game day release to the gaming subscription service or at least improve the chances of Skull and Bones coming to Game Pass later on.

However, Ubisoft does have its own gaming subscription service, Ubisoft+, where they provide access to their new releases on day one, so this throws a wrench into the probability of Skull and Bones heading to Game Pass upon release. Right now, fans of the game will simply have to wait for more information.

READ NEXT: Is Dying Light 2 Coming to Xbox Game Pass?