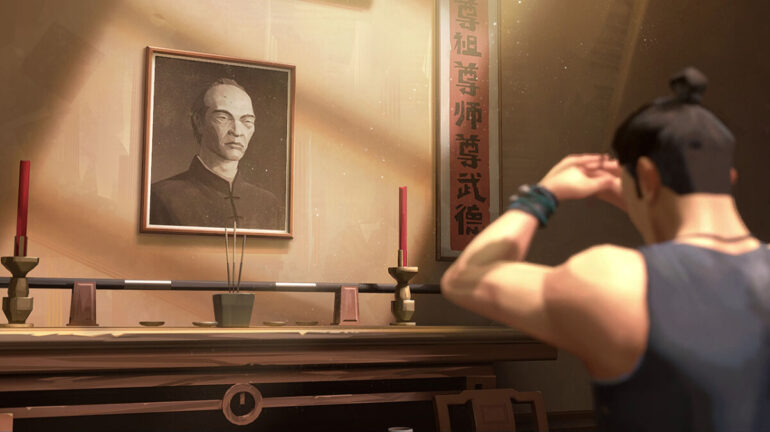 Sifu’s journey of kung fu vengeance is certainly going to be considered one of the most challenging games of 2022, but fortunately there’s a few tools and tricks afforded to you that’ll make your odyssey of violence that much more easier. One such tool is shrines, which you’ll need to upgrade your abilities during your Sifu run. Here’s everything you need to know about Sifu’s shrines.

In Sifu, shrines are small statues that the player character can interact with during the game’s five levels. These shrines have a distinctive green glow to them, along with a big interaction prompt so they’re hard to miss, and they’ll grant various blessings to the player so long as they meet various requirements. In order to access certain upgrades, you’ll either need to:

a) be below a certain age
b) exceed a certain amount of level score (which can change depending on the level).
c) spend xp on upgrades.

What Upgrades Can You Receive From The Shrines?

The age-based upgrades you can unlock are as follows, along with the amount of tiers per upgrade.

The score-based upgrades you can unlock are as follows, along with how many tiers there are per upgrade:

The XP-based upgrades are as follows, along with the XP needed to unlock each upgrade and how many tiers there are:

Which Upgrades Are Essential?

Focus Reserve is an absolute must, as focus attacks are some of the deadliest tools in your arsenal. Unfortunately, the most effective ones cost two bars, and considering that you only start each run with one bar of focus, purchasing those first two upgrades to your focus bar is necessary to succeed long term.

Another essential upgrade to pick up is Focus Regain. Being able to gain more focus for successful parries and avoiding is a strategy that’ll help take out four of the game’s five bosses. The upgrade won’t help when it comes to learning how to parry and avoid the bosses themselves, but it’ll make your life much easier when trying to defeat them.

Finally, the last almost essential upgrade is at least one tier of Parry Impact. Without spoiling too much, parrying is essentially your only strategy when it comes to the final boss, so ensuring that you have an extra helping hand when implementing your one course of action is always nice. Again, you’ll have to get good at parrying on your own, but having the help is a huge benefit.

Aside from the previously mentioned upgrades, the buffs to your weapon durability and damage are also pretty handy, just because there’s usually weapons lying around everywhere in Sifu. Lastly, health gain on takedowns is helpful when trying to keep your health topped up throughout the level. Considering that you only heal through shrines or by taking out enemies, increasing the amount of health you gain is only a good thing.