They say hell is other people, but in Natasha Kermani's Lucky, the reality is much more daunting. 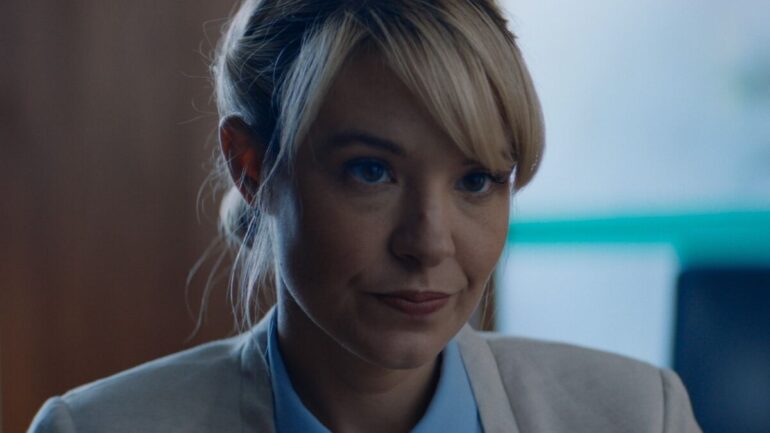 There are some horror films with a bare bones script that are mostly dependent on atmosphere to sell its horror and intention. For Natasha Kermani’s Lucky, it is the inverse. It’s all about the script in this one, which was penned by the film’s star Brea Grant. Lucky starts with May (Grant) in a meeting with her book agent – there’s some uncertainty about the interest in a second book, so this weighs on May as she takes the long, solitary walk back to her car, and follows her all the way home.

There is a strong sense of the uncanny in these opening moments, with items breaking in the exact same spots, and May arguing with her husband Ted (Dhruv Uday Singh) about whether he likes chocolate chips or not. She wakes up in the middle of the night and sees a masked man standing outside their home, and while she’s frantic, Ted is unusually calm, and speaks about this occurrence as a daily event. Noting the contrast between the two, and the fact that Ted is so laissez-faire about the reality of May’s predicament, it is then that we realise the allegorical set-up at play.

May does what any normal person does after a break-in, which is to call the authorities. But as the cops trek through the house and question her reliability, as well as provide no help whatsoever (God, those scenes were frustrating to watch), May decides that she needs to go at it alone, which coincidentally is the title of her first book (what am I saying, there is no such thing as coincidence in this film).

The masked intruder strikes daily, never letting up, even attacking May in the daytime, when we all know that these kind of things only happen at night (of course it doesn’t). The film does a good job building up a sense of suspense and intrigue, and the viewer does develop a connection with May, valiantly hoping that she will manage to outwit her attacker by the end of this.

Kermani builds up the horror gradually, where initially all it took to overwhelm the masked man was a good whack to the head, before it transitions to knife fights and copious amounts of blood spilled. It does feel a tad repetitive, until the climax hits – a regular underground car park becomes a nightmarish hellscape, with the spine-chilling visuals of women going at it alone despite the communal space, because how can I save others when I myself am trying to survive?

We comfort ourselves knowing that there’s a community we can turn to, but Lucky wants us to see how horrifying it is so many of us have similar stories, all individually marked by experiences that sometimes takes years to overcome. That is the horror May is up against, something so systematic and embedded that if you do save yourself, you got lucky.

Luck, my dear friends, has nothing to do with it. It is May’s wits and daring that gets her out of the numerous run-ins with the masked individual. However, with each attempt she foils, there comes the exhaustion of knowing he will come around to try again – like the terminator, he will be back. At the end of a horror movie, the evil is exorcised and dealt with, regardless of whether the individuals walk away unscathed or not.

In Lucky, it is the opposite, because what May is up against is so normalised and entrenched that we don’t even see it as horror. It is the lived experience of being a woman, to be alone anywhere and fear for your life and safety, a daily terror we self-placate with cliched mantras, yet aware that this is a state we will never overcome.

READ NEXT: 76 Best Modern Horror Movies of the 21st Century 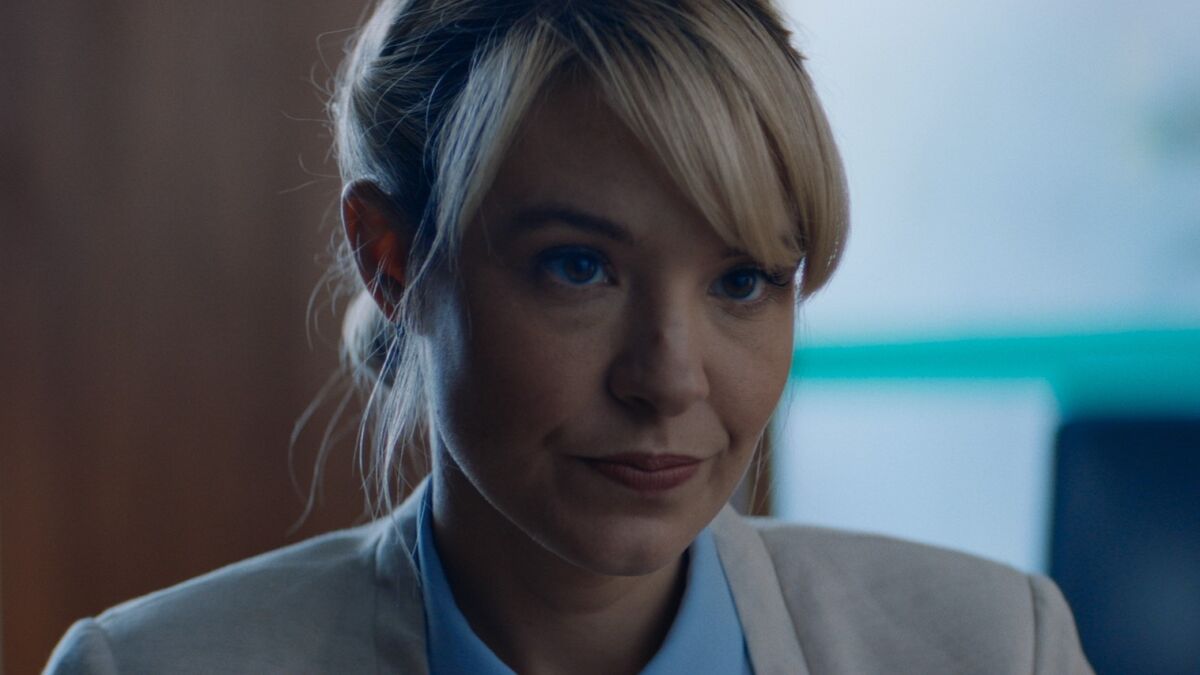 Verdict
Natasha Kermani's Lucky is an allegorical tale of a woman trying to outwit a masked perpetrator. The true horror is realising how close to real life this hits.
7
Cultured Vultures is a pop culture website established in 2013 covering all things gaming, movies, and more. We eat your words.
All The News On The Biggest Games